Korean fashion has come a long way in the last few decades. The last time I went back, everyone was still in the throes of Korea’s very first K-pop wave, idolising groups like S.E.S, Fin.K.L. and H.O.T. (I guess we really like abbreviations?). The general fashion conscious Korean population (which was nearly everyone) was mostly concerned with very cookie-cutter beauty and style. Although a lot of Korean fashion is still generally influenced by rather conservative aesthetics (for a good idea of mainstream trends, just go here), the rise in subculture and, in general, variation in styles has really exploded in the recent years. Korean street fashion (which was not even really a thing before) has become just as much a source of inspiration as that of street fashion in any other major city in the world obsessed with fashion and is definitely giving Japan and Berlin a run for their money. Although the second wave of K-pop has had a lot to do with the growing diversity among fashion trends, I think another big game changer for many Koreans was the growing popularity of Seoul fashion week (founded in 2000), which has really exploded. Sol Sol, a Korean fashion blog, showcases some of the best looks from Korean fashion week and korean street fashion in general. So if you are looking for some Saturday inspiration, look no further. I’ve got you covered. 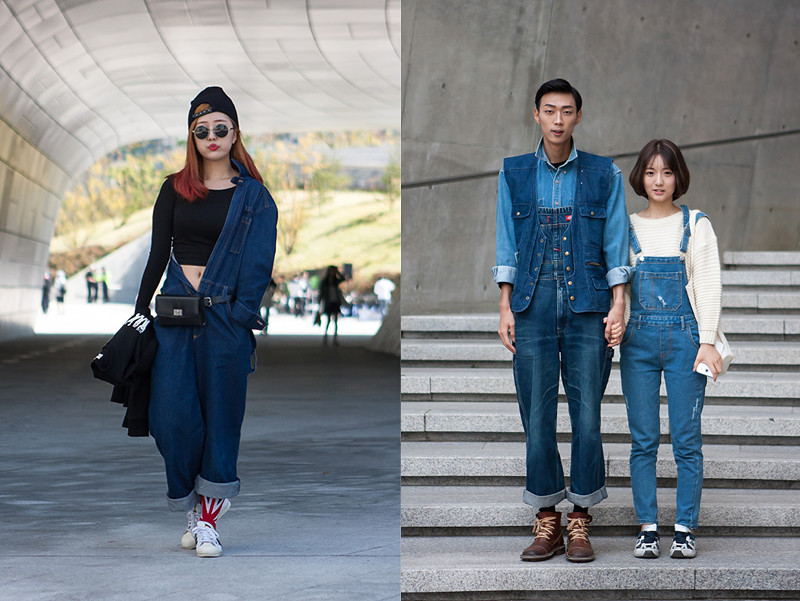