This weekend, Berlin will be supporting and celebrating its LGBT+ community at the 39th Christopher Street Day - otherwise known as Berlin Pride. Expect rainbows, glitter, celebrations, protests and lots and lots of people!

CSD was originally held in memory of the Stonewall riots which took place in New York. It was the first major uprising of the LGBT+ community against police assaults, and took place in a bar on Christopher Street in Greenwich Village in 1969. Since its conception 39 years ago, CSD has slowly become more commercialised but still remains a political platform as well as a celebration for the community and our allies. It remains centred around a traditional protest march which kicks off at Ku’damm at midday and finishes at around 5pm at the Brandenburg gate where there will be several stages showing a diverse range of acts and festivities continue until midnight. After midnight there will be after-parties all over the city so going until the early hours shouldn’t be a problem. This year the official tagline translates as ‘more of us-every vote against right-wing populism!’ and aims to make a statement about the national election year. It is only three weeks after the Bundestag voted to legalise same-sex marriage so this year could be particularly special and I’m sure spirits will be high!

While things have improved tremendously for the LGBT+ community in many parts of the world, there is still a way to go and there are places where people still don’t have basic rights. Pride is here to stay and still so important in demonstrating solidarity within our community, not only here in Germany but all over the world. You can still make a donation to CSD on the website to support the cause and get involved in the parade on the day. Get out there- support, protest and celebrate the LGBT+ community in all its manifestations. See you there! 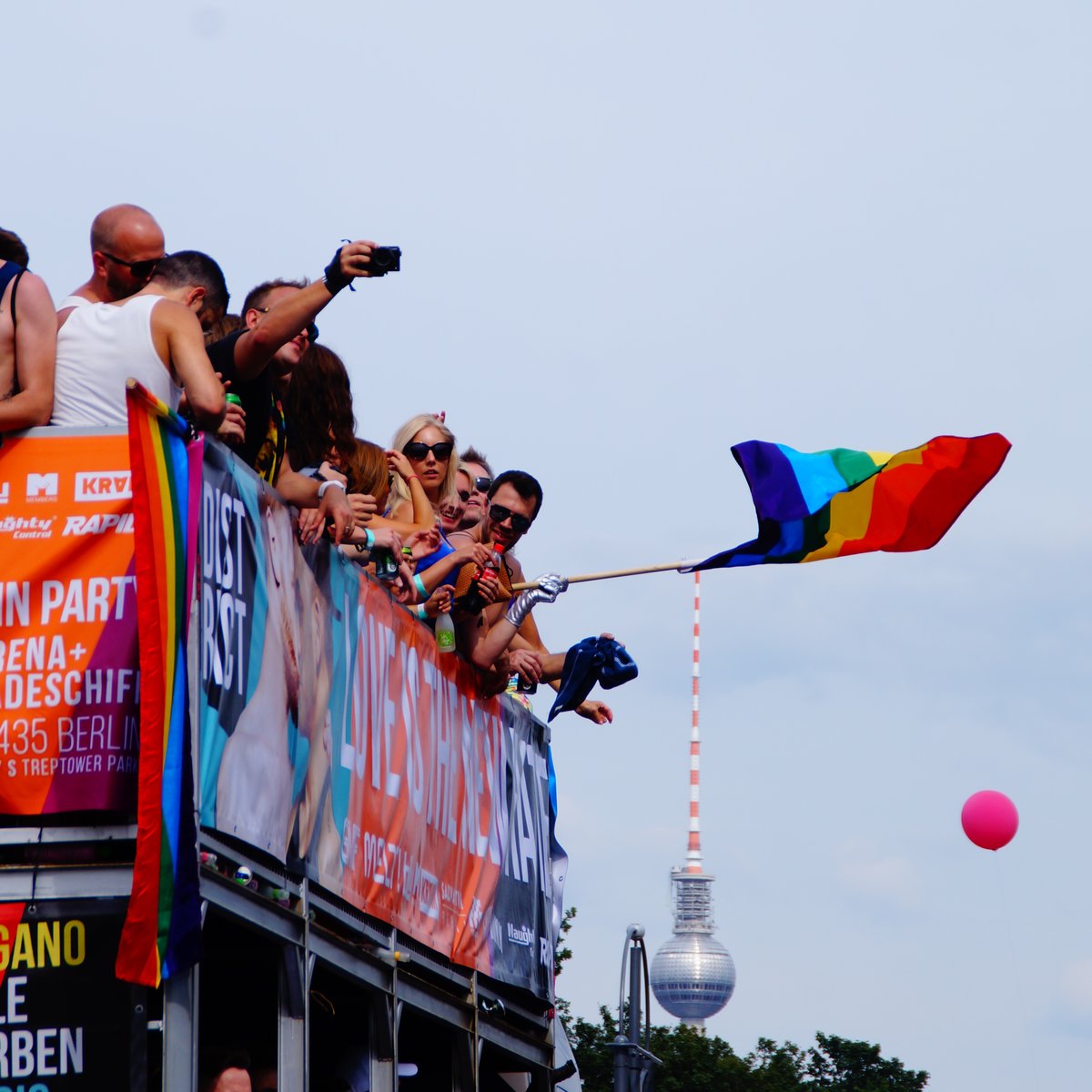