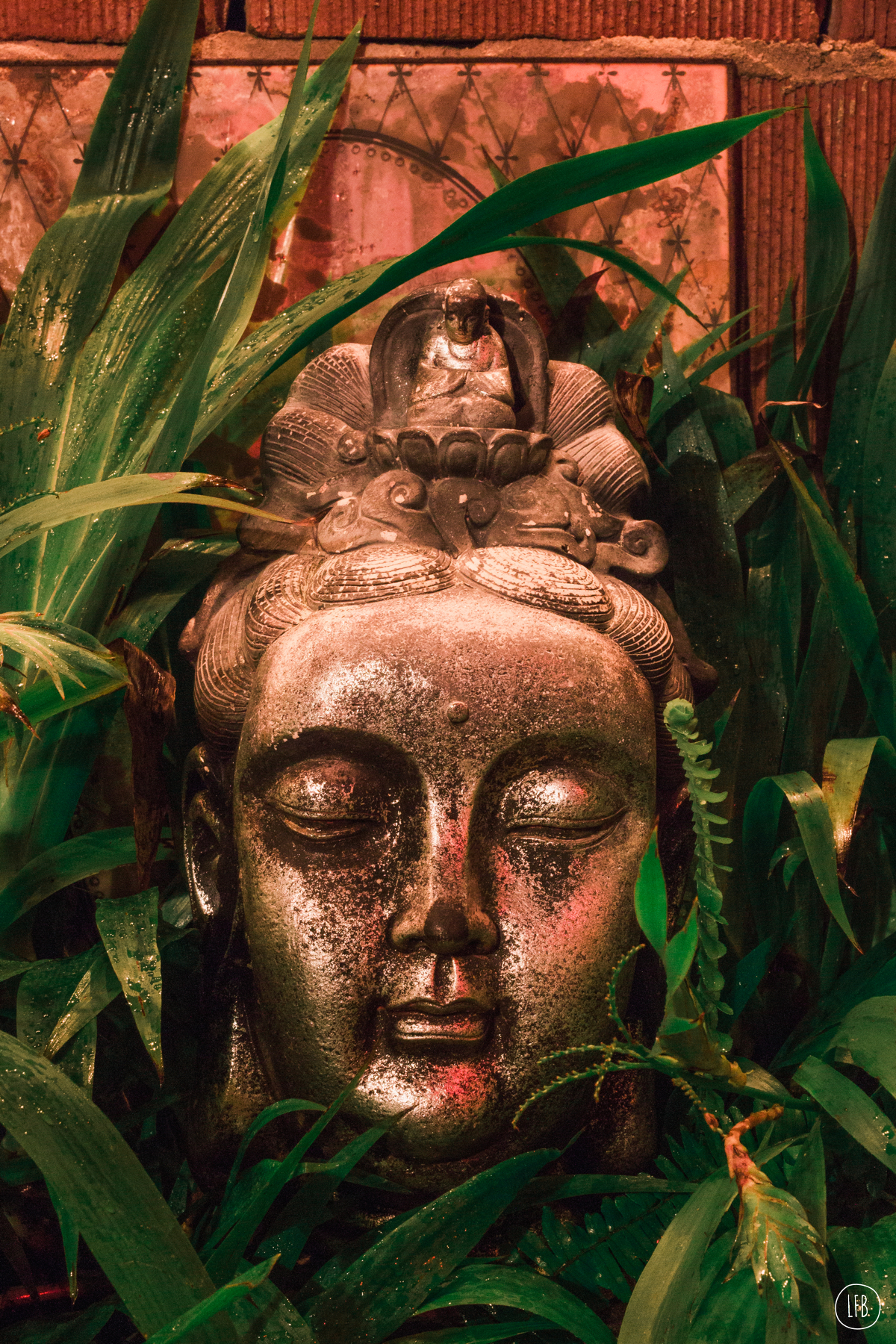 As you all know, I last week at this time I was in Puerto Rico staying at the incredible Dreamcatcher Guesthouse in Puerto Rico, which turns out, was completely serendipitous. My family and I had planned our trip to Puerto Rico several months in advance, meaning we had booked a room at a popular resort hotel in Carolina, Puerto Rico for the four of us. The hotel itself that my family booked was a very typical family-friendly place and I was more than happy to be staying anywhere, seeing as the trip was a gift to the family from my parents. 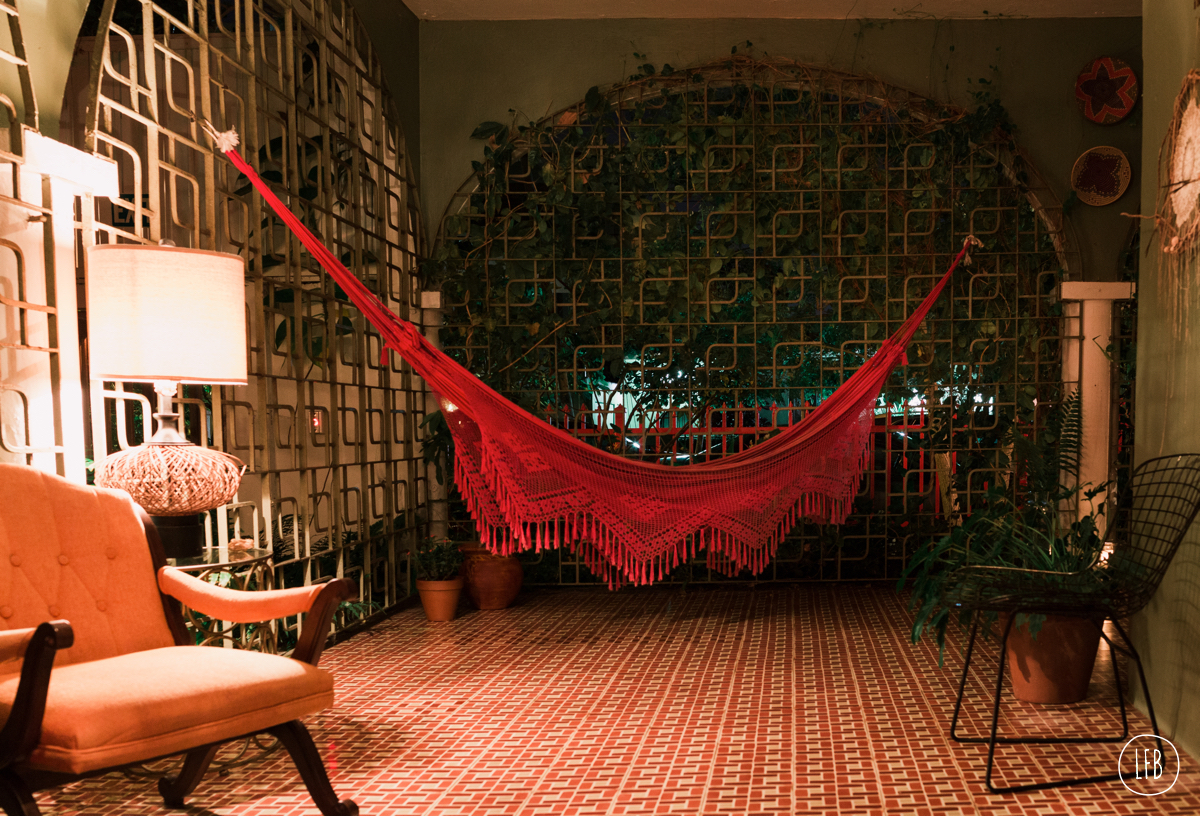 Now I am not one to sit atop my moral high-horse and look down at others in disgust, but the amount of waste generated at these kinds of resorts is staggering and does upset me quite a bit. And I am not going to lie to you guys, but I am basically a sucker for beautifully designed hotels just as much as the next blogger and choose to stay at smaller locally-run boutique hotels when possible. Big resorts tend to also be quite difficult food-wise for a gal like me with a million allergies and specific dietary preferences. However, like I said, this trip was about spending time with my family (which I did as well!), so I was not complaning. 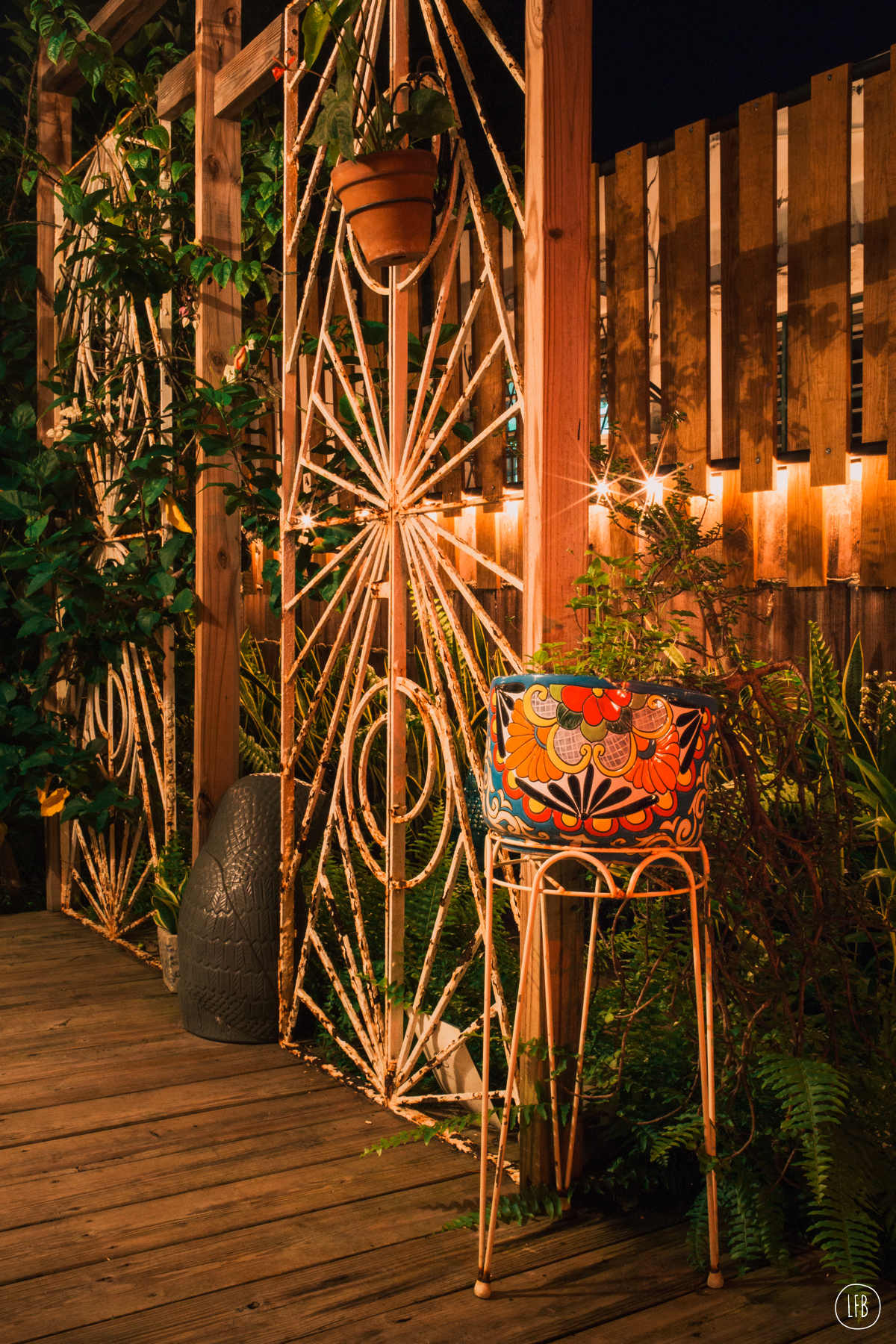 I did however, decide to do a bit of research beforehand, to see if I was able to find some local places which would be better suited for my dietary preferences and had the kind of vibe I was into. And so, about a week before I was set to fly to the states, I went ahead and did a bit of research into different vegan and vegetarian haunts on the island as well as places to visit. However, it was by complete happenstance that on the same evening, while traversing the blogosphere, I ended up on a travel post from a blogger (unfortunately I cannot remember who the blogger is!) who had written about her incredible stay at The Dreamcatcher Guesthouse in Puerto Rico. 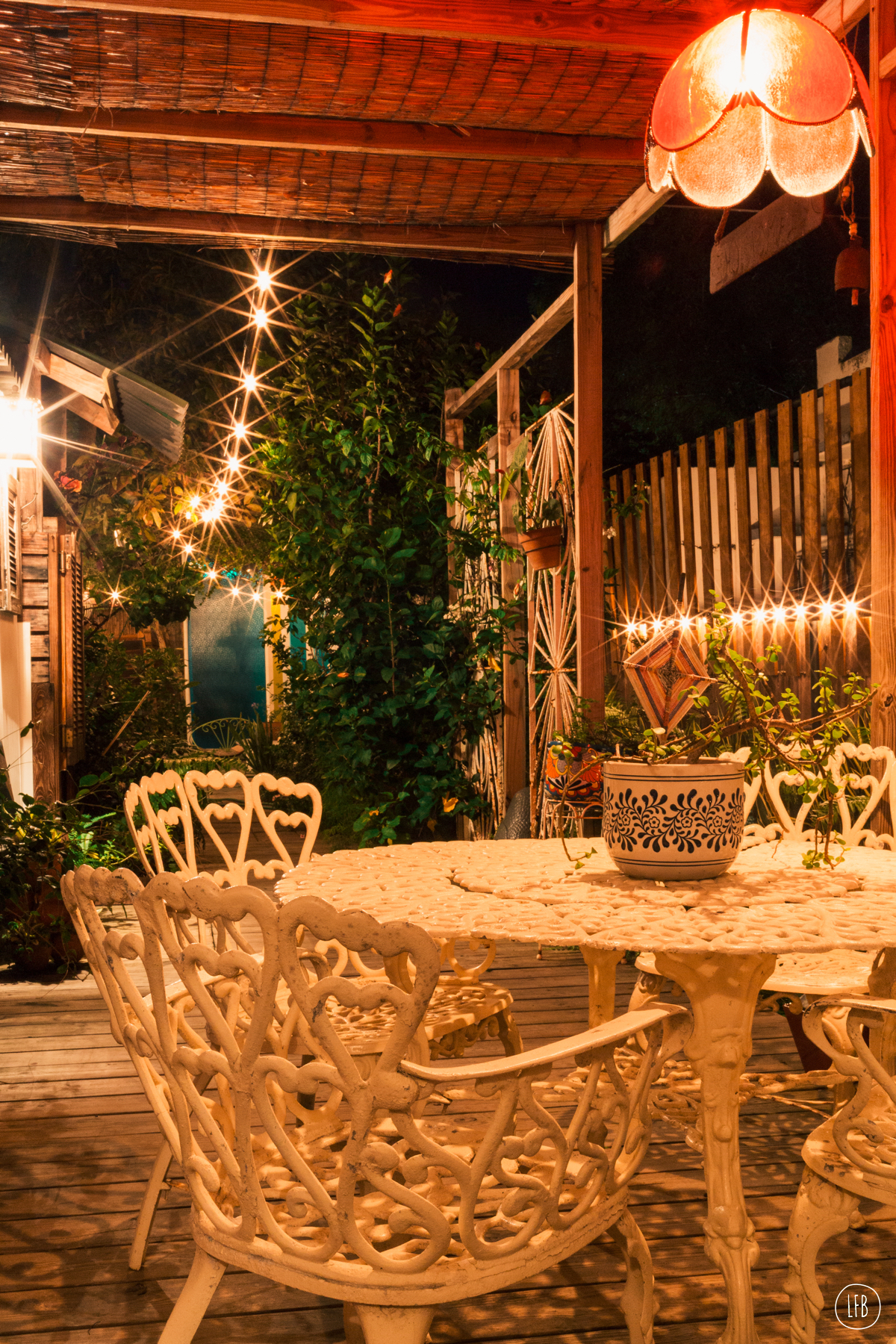 I immediately fell in love with her photos of the hotel and her review was overwhelmingly positive. And so, I googled the shit out of the place and found out that The Dreamcatcher Guesthouse was a vegetarian hotel with an on-site Chef, named Jerome who, from the looks of it, seemed to be making some ridiculously incredible food. 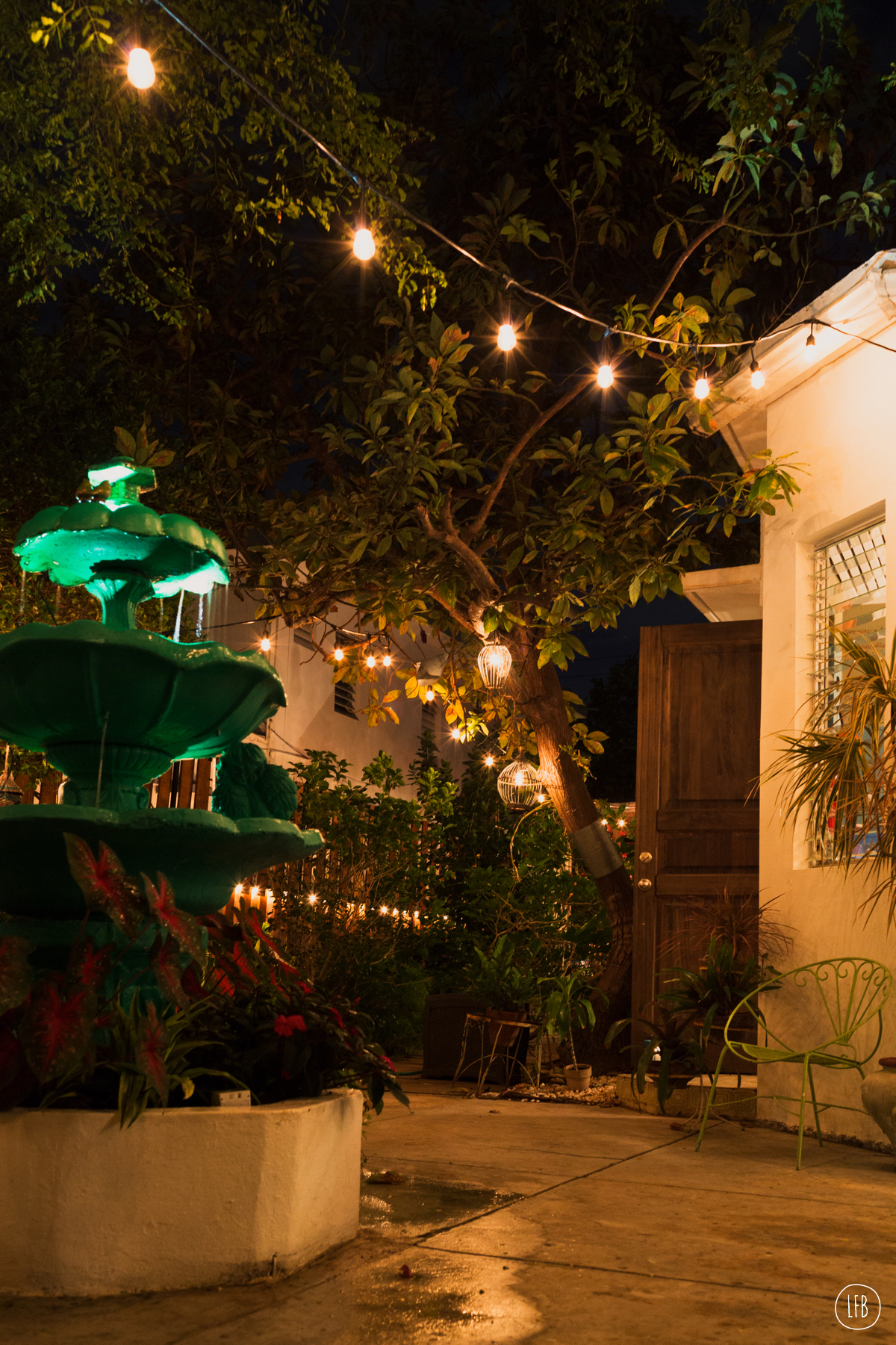 Exploring their website a little more, I also learned that the The Dreamcatcher Guesthouse offered yoga on the beach in the morning and under the stars in the evening. It was also equipped with communal kitchens (a huge plus for anyone travelling with dietary issues and/or who want to save money by preparing the bulk of their meals themselves) and bathrooms and placed a very strong emphasis on sustainability and environmentalism. I was totally bummed that it was too late to book a room with them, but decided to shoot the guys over at The Dreamcatcher Guesthouse an email anyway, in the hopes of possibly popping by for a brunch. 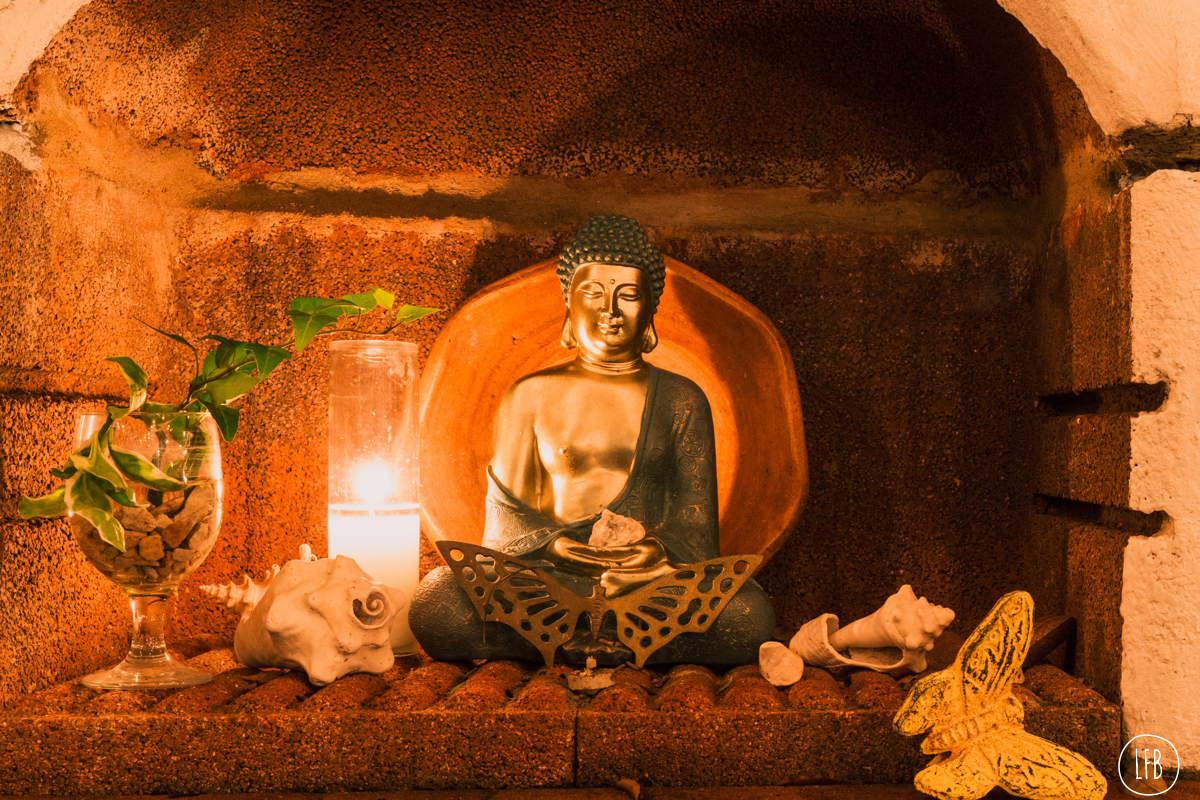 To my surprise, after a bit of back and forth corresponding, Stefan, one of the owners, ended up pulling some strings and found some space at The Dreamcatcher Guesthouse for part of my stay in Puerto Rico – which actually worked out perfectly because I was still able to spend some quality time with family but also was able to spend some time on my own on the island. 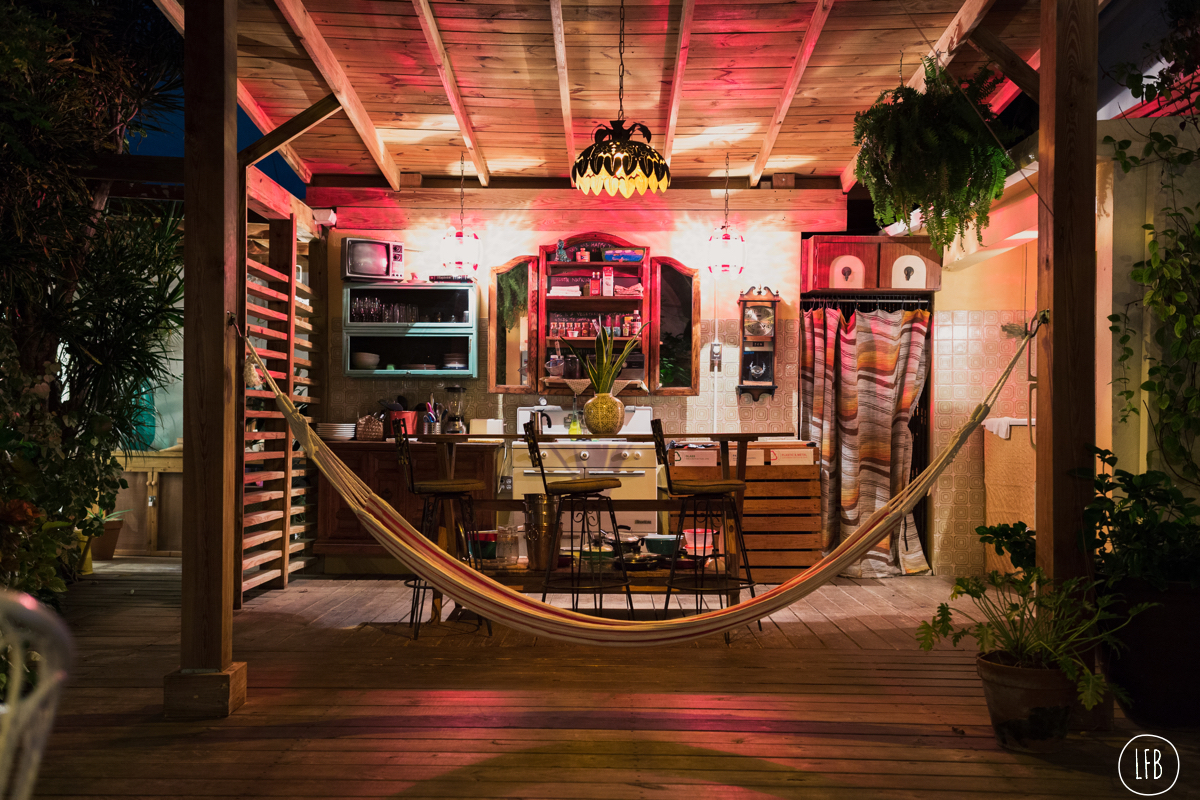 And so, upon arrival to the island, my parents headed off to the resort hotel we had originally booked, and I headed off to The Dreamcatcher Guesthouse, located in a more local district on the island but still only about 15 minutes away by car from them, and promptly proceeded to loose my shit at how amazing The Dreamcatcher Guesthouse really was. This place just oozed the kind of vibes a place should be oozing.

First off, the place has been impeccably designed by it’s founder, Sylvia, a native to Puerto Rico, and previous professional set designer and is completely drenched in foliage. The staff was also incredibly kind – I really had the feeling that if I were to move to Puerto Rico tomorrow, I would already have people to hang out with (aaaaand I’m pretty sure that I literally invited the entire staff to come visit me in Berlin) – and the place just seemed to draw in the most interesting of guests as well. Never in my life have I felt so at peace on a holiday. Hashtag seriouszenvibezzzzzz all up in the place. 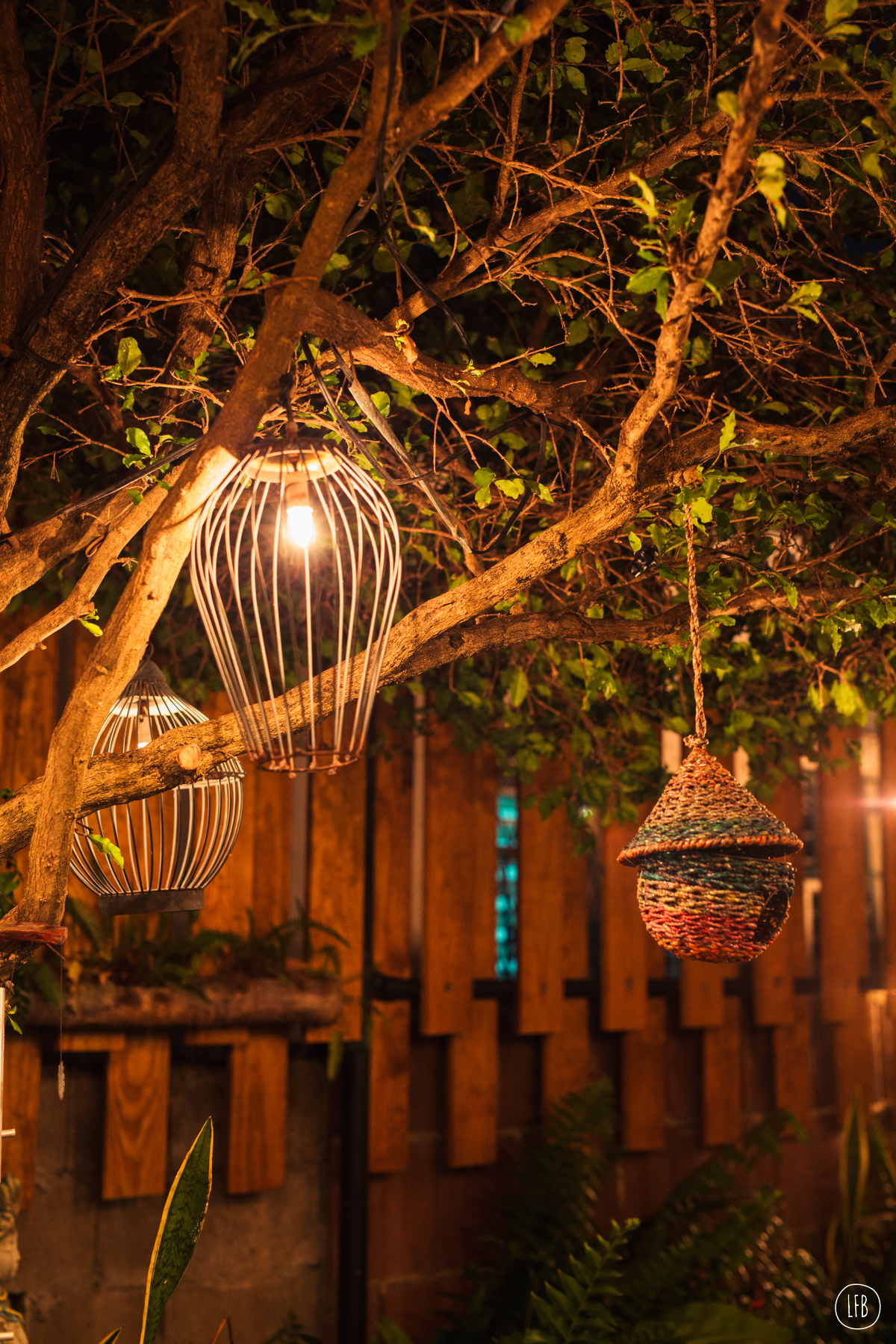 The place stunning in daylight, but when the sun had set and darkness settled on the island, the entire Guesthouse was transformed. Everything was bathed in soft light from a mixture of candles, fairy lights, and soft lamps, and the soft scent of incense lingered in the air throughout the palce. It was too beautiful not to capture and share with you guys, so I went ahead and pulled out my camera, and snapped some photos of this incredible oasis by moonlight. 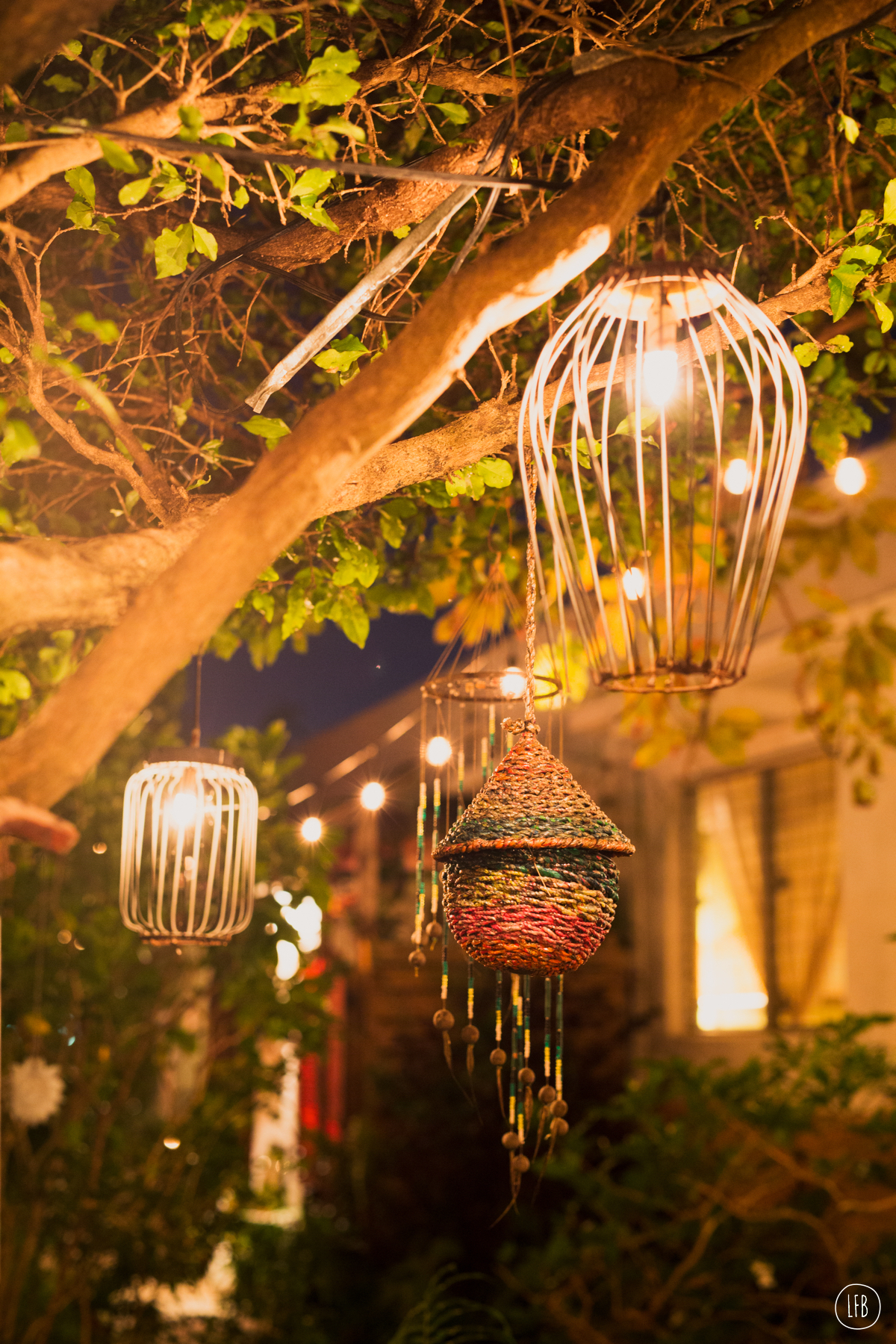 It’s kind of weird to literally not have a negative thing to say about a place. But let me tell you, even if I had stayed here as a paying customer, my thoughts and opinions would be the same (I mean you guys pretty much know by now that I’m brutally honest about pretty much everything and very picky about where I go and what I do so that I am able to live a conscious life to the best of my ability – which probably isn’t winning me any favors in the “success” department as a blogger, but to me success is about being able to stand behind the person you are and the things you do, not about the amount of money you make or followers you have). 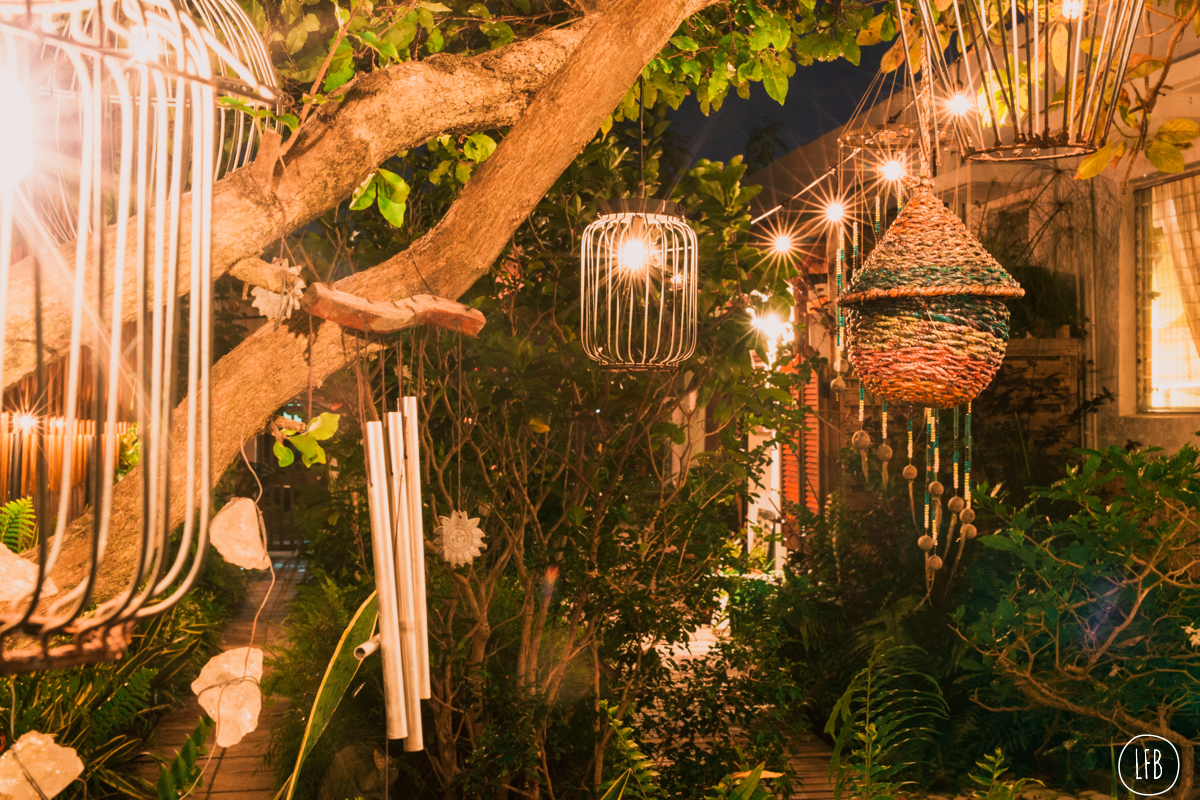 A place where meals are not a problem because vegan and vegetarian food is the norm, kindness is the standard, the environment is seen as something sacred to be cherished, and the mornings start with yoga on the beach is the kind of place I want to be when escaping the big city life and The Dreamcatcher Guesthouse is such a place. On second thought, I actually do have one teeny tiny eensie weensie negative thing to say about this place: it has set the bar so high that I am pretty sure any other place I stay in the future will only pale in comparison.

*Stay tuned this week for an interview with Chef Jerome and Stefan the owner of The Dreamcatcher Guesthouse in Puerto Rico.

Photos of The Dreamcatcher Guesthouse in Puerto Rico by: Rae Tashman

LFB always discloses all partnerships. Thank you so much to everyone over at The Dreamcatcher Guesthouse in Puerto Rico for hosting me during this incredible media stay! It’s partnerships like this that allow LFB to bring incredible adventures and experiences to the LFB community.