The awesome thing about traveling for work is that you can also often combine a bit of sightseeing into your stay if you can afford to take some extra days off, after the job is done. After all, all work and no play makes Jack a dull boy. And so, this past September after staying in Tuscany to shoot a wedding, I made sure to also spend some nights in Florence, which was right next door. 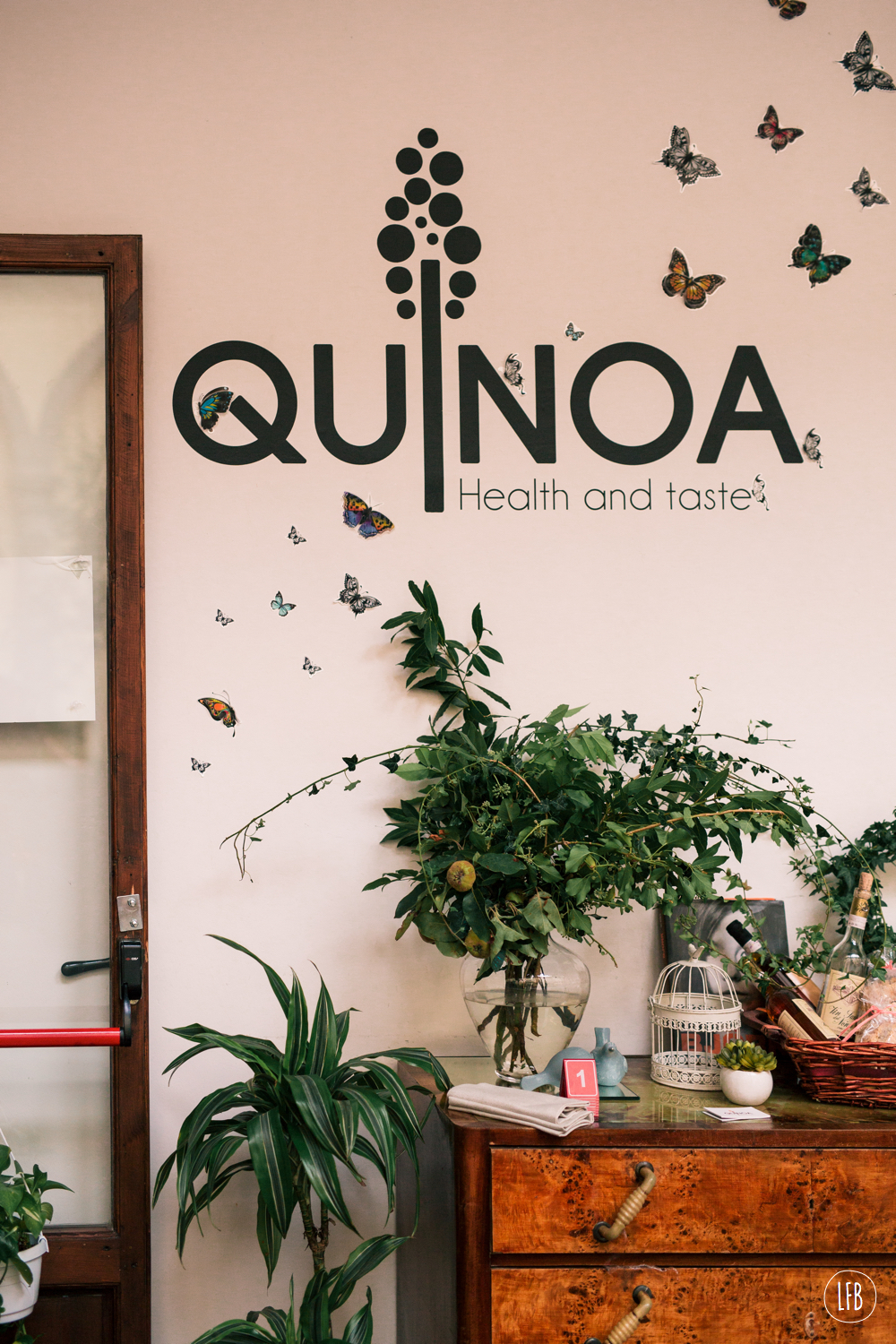 Staying in this ancient city marked the 2nd solo trip of my life and was even more incredible than my first solo trip, as I knew what to expect this time and was a bit more prepared for being stuck with no one but myself for the next few days. 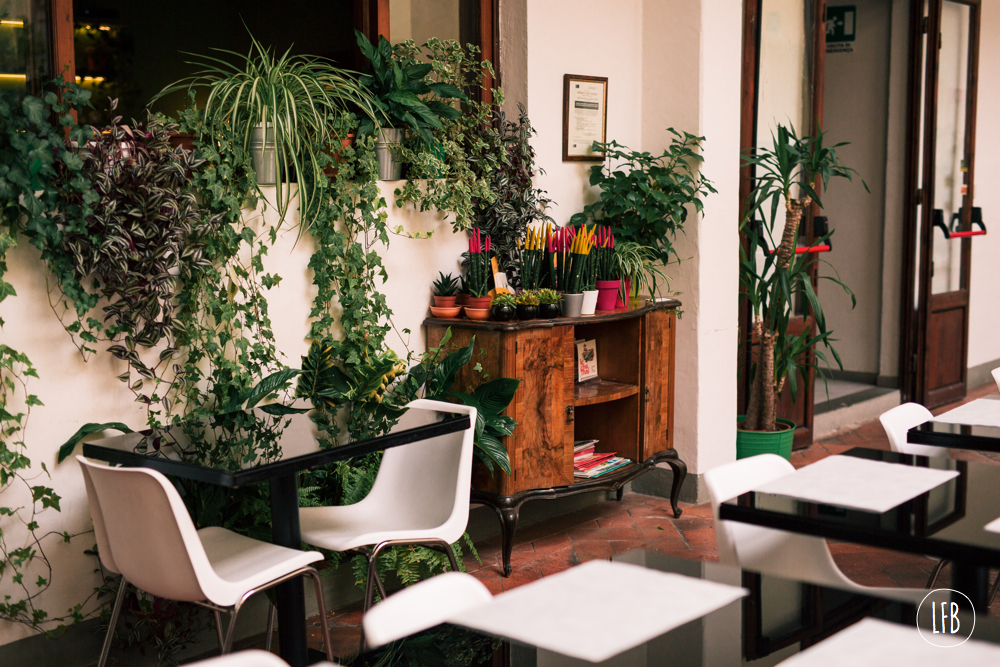 I wandered narrow old roman streets, visited museums, marveled at famous paintings and sculptures, experienced some pretty entertaining encounters you only ever really experience when traveling alone, did a wee bit of shopping, and last but not least, ate a lot of delicious food. Because, after all, one of my favorite parts about travel, be it alone or with other people, is testing out the local cuisine and eating all the things. 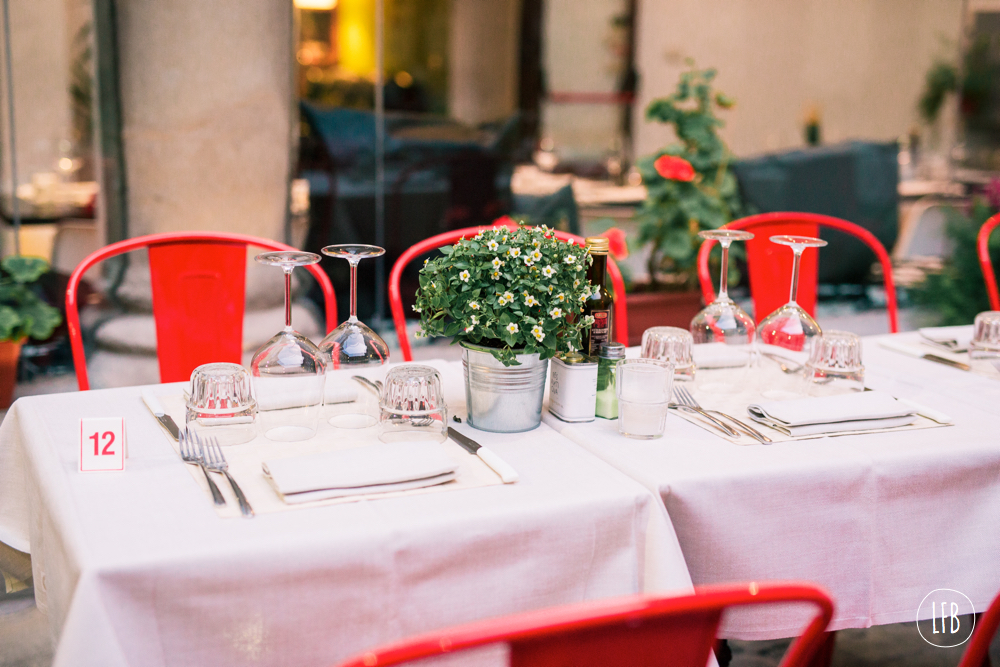 Now let’s not get confused here. Local cuisine and “traditional food” are two entirely different entities and only one of them is what I would really call authentic – authentic being what the local population are actually eating on a day to day basis presently. Not quite picking up what I’m putting down? Well let me explain… 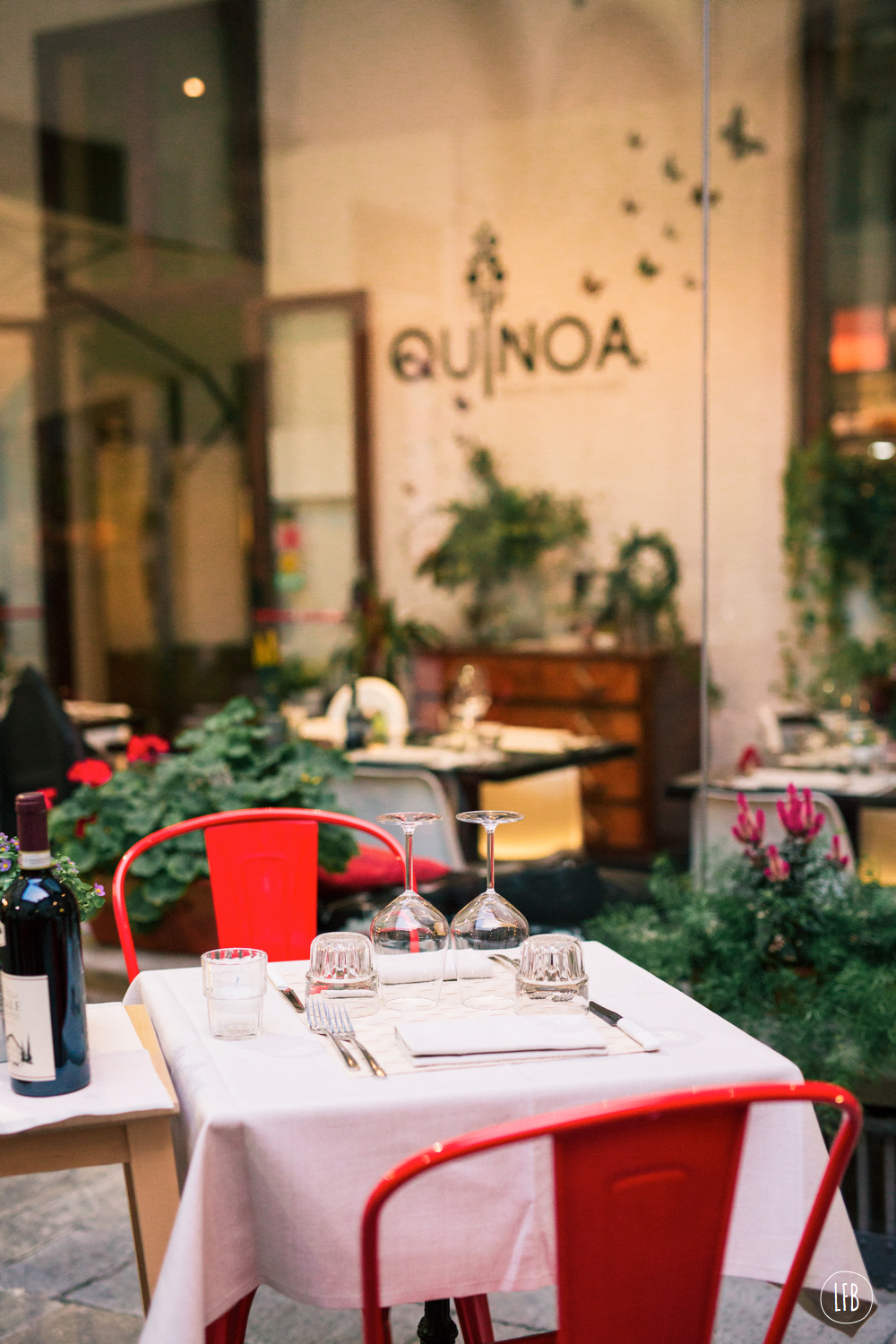 So I had this college friend from the US who came to visit Berlin while she was abroad in Europe and living in Madrid. She and her friends wanted to eat a “typical German meal” while they were here, so naturally they ended up at a restaurant in one of the very touristy parts of Berlin that no one who really lives here ever frequents and pretty much ordered what Germans 50 or 60 years ago would be eating. Now I am in no way hating on my friend here, but I am simply using this story to illustrate the fact that when people visit a new country, they tend to confuse the traditional cuisine of a country with what is typical for said country in the present-day. Spoiler alert: 9 times out of 10 it’s not. 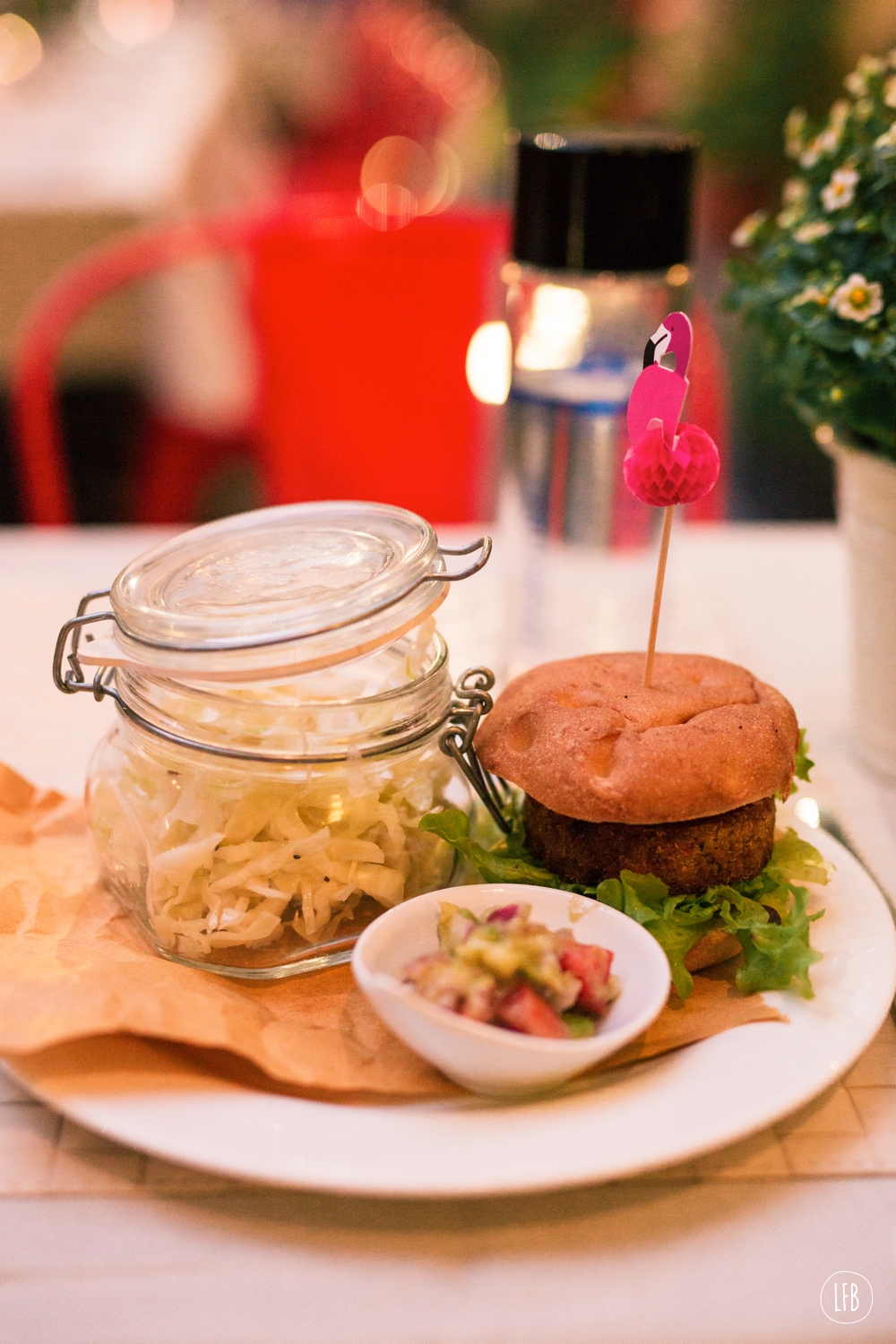 Now there is no steadfast rule here, but I would go out on a limb and say that besides being eaten by tourists, traditional meals tend to only really be consumed on special occasions or in smaller more traditional areas like in villages in the country side. Granted, even artsy meat-eating Berliners love a good schnitzel now and then and you can often find some of the staple “German dishes” on menus in certain restaurants, but the majority of the restaurants that make up the food scene here in Berlin, for example, consist of international cuisines from Japan, India, Turkey, Vietnam, Thailand, and other European countries as well as hybrid combinations like Döner and vegan options. Most big metropolitans tend to be this way. With this being true, if someone were to ask me what a typical German meal in Berlin would be, I would probably actually respond with sushi and currywurst. 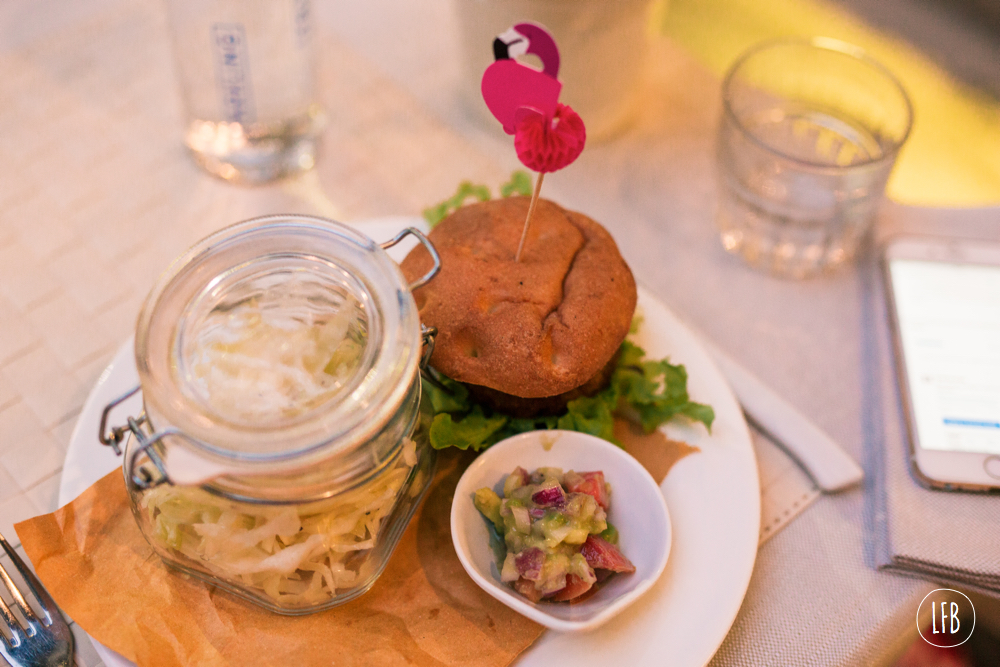 Because of this, I never feel all that compelled to race to the nearest restaurant serving “traditional” cuisine when visiting a place and am much more interested in checking out the places that locals are raving about. Granted, I did make it a point to eat a bit of pasta on this trip, but I also ate at a vegan burger place and this incredible Gluten Free restaurant called Quinoa, a gluten-free health restaurant, which was recommended to me by the receptionist at the bed and breakfast I stayed in and was the first place I ate at when I arrived in Florence. 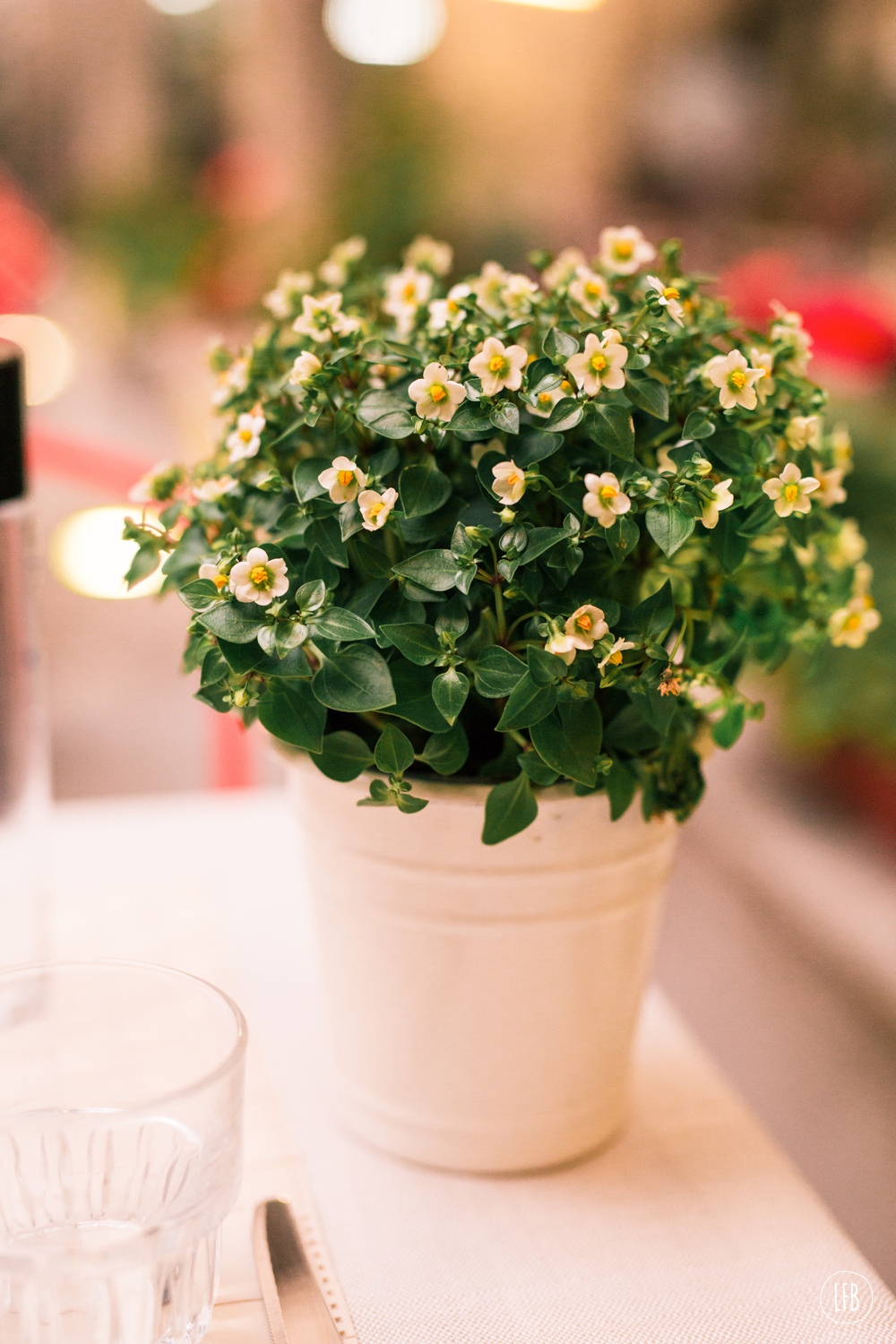 The restaurant itself, tucked away in a small courtyard down a tiny alley between two buildings, caught me completely off guard at first, as the place is what a interior designer’s dreams are most certainly made up of: floor to ceiling glass windows juxtaposed with traditional architecture, leafy green plants, a beautiful color palette and Xavier Pauchard chairs. And so after gawking at the beauty of this hidden gem, I grabbed a table outside. 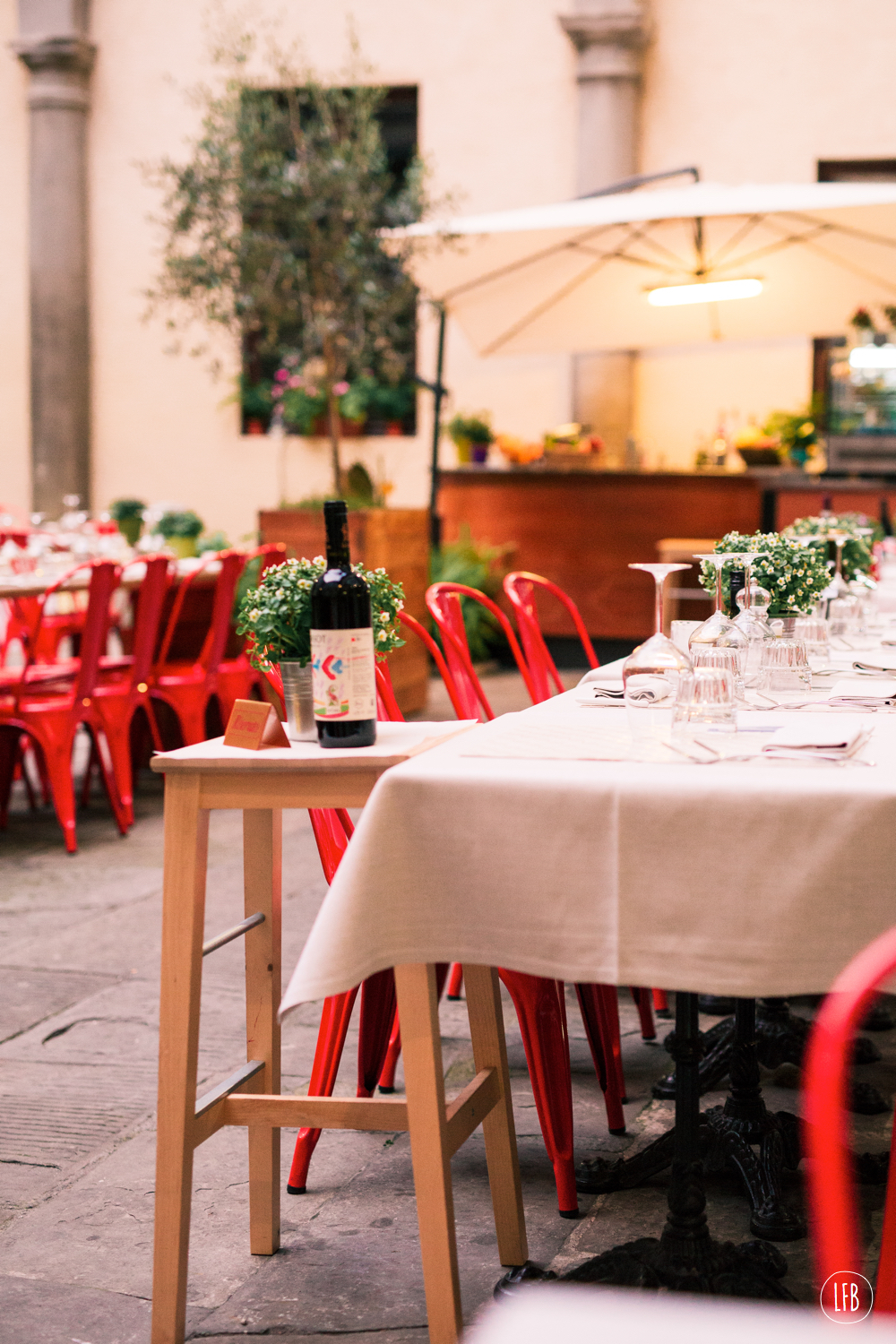 I opted for the quinoa vegan burger (sadly without most of the trimmings due to my allergies) which was accompanied by a tasty coleslaw and guacamole, sparkling water, and had a pot of earl grey for dessert. The meal itself was a bit dry, although I suspect this had much less to do with the actual food preparation and meal itself and much more due to the fact that I had to hold most of the toppings and avoided the guacamole due to the onions and tomatoes. The veggie burger itself was absolutely delicious and I was a huge fan of the coleslaw as well. 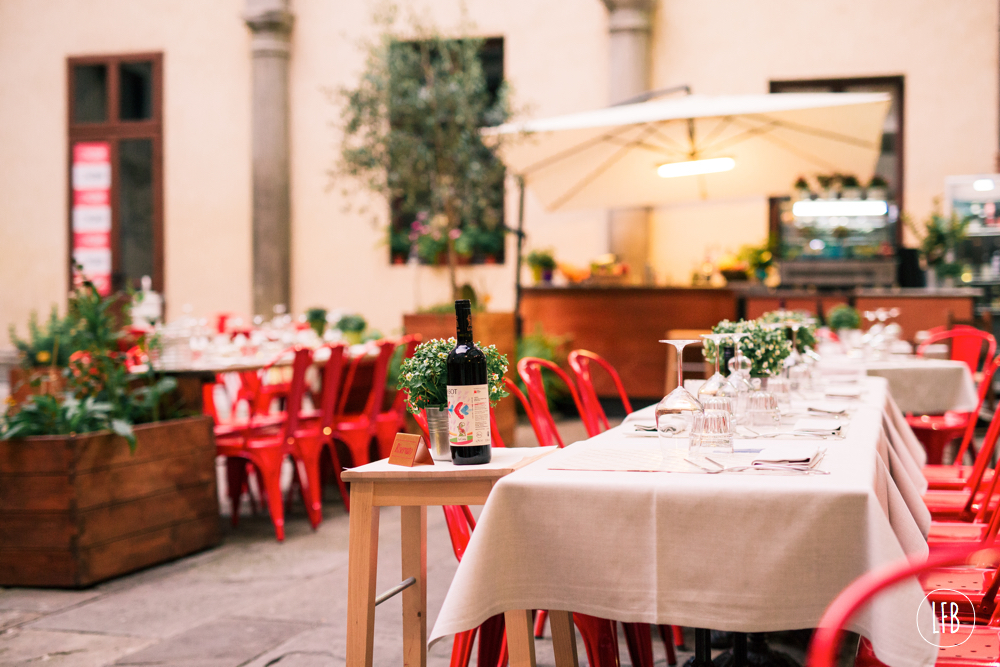 The waiter was also a complete doll as were the two lovely girls who were sitting at a neighboring table with whom I chatted with for a bit. All in all, it was a lovely way to spend my first evening in Florence and I would totally recommend this place to anyone making a trip to Florence. And the best part about Quinoa is that the only real restriction here is that the meals are Gluten free. They also pride themselves on healthy choices, so that means you can basically find something here for everyone – from the meat eater to the militant vegan. So when you just happen to be with a group of friends where one is gluten intolerant, another eats plant-based, and another loves burgers – you would be surprised, this constellation of people tends to pop up quite regularly in my day to day life – everyone wins and can eat themselves happy. 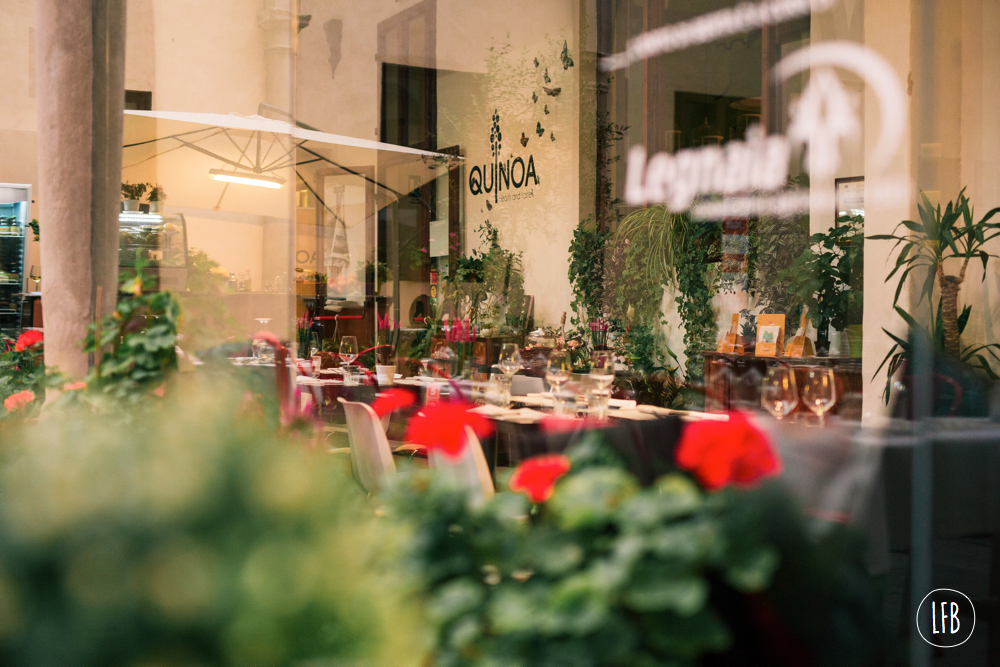 And isn’t that ultimately what you want from a restaurant? Good food, good company (be it with others or with yourself), a flexible menu that works for all different palettes and diets, and friendly staff and a beautiful atmosphere?