It is literally fucking impossible to quit social media

I cannot give up social media.


*This is an archived article. Since 22 October 2017, LFB is only focusing on Berlin-related topics. Please check out our new platform, YEOJA Magazine, for material like this.

Yeah, you read that right. I, the girl who regularly leaves messages from her best friends unanswered for a fortnight, and who recently wrote an article about how much I hate Facebook, was unable to disconnect for more than 72 hours without cracking. W.T.F? 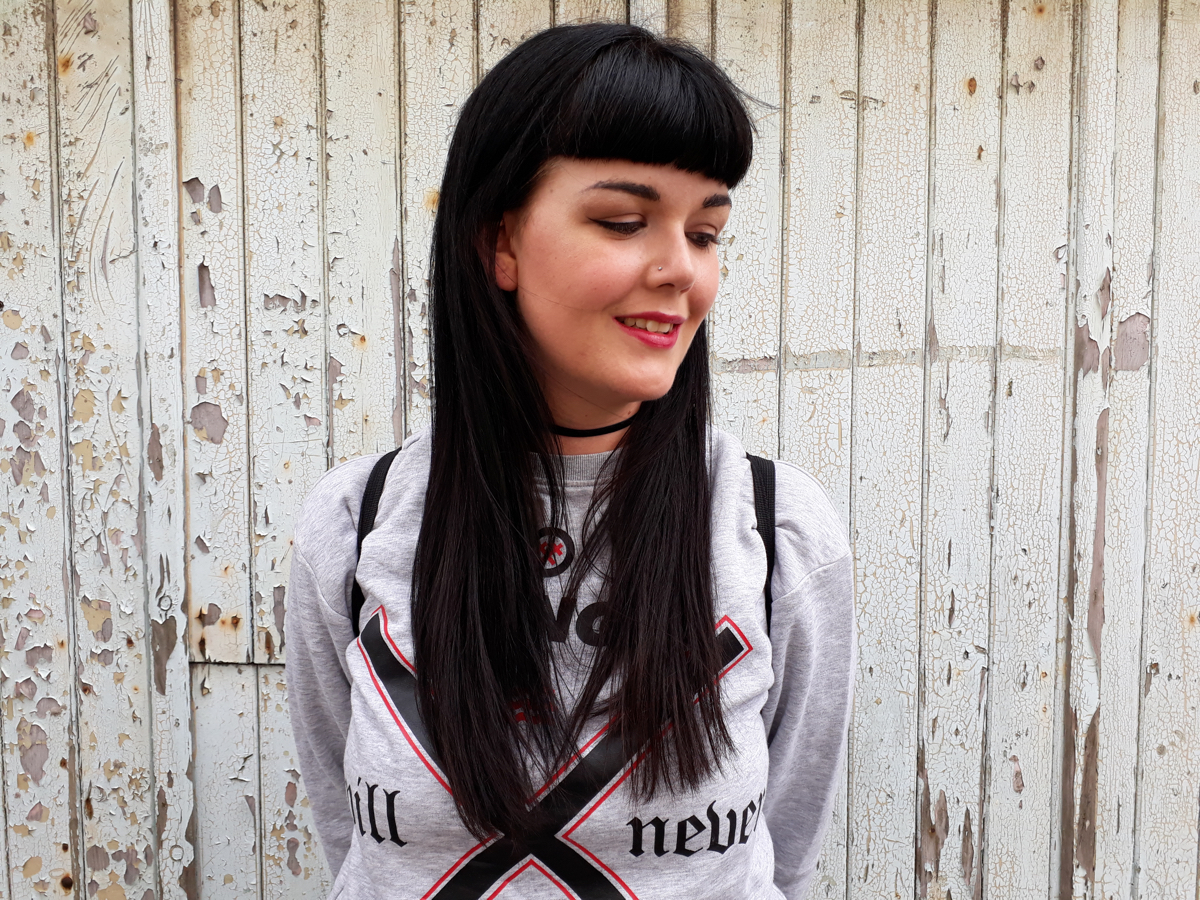 I don’t consider myself to be a particularly heavy social media user. I post to Instagram and check the feed most days, and use Facebook to share the occasional article and catch up with friends. My Twitter, however, has been inactive since 2015. I’ve never used Snapchat, or Musically or Bibbly-Boo or whatever five second attention span crap the kidz are fucking around with behind their parent’s backs. So committed am I to keeping my social media presence to a minimum that I actually wrote to Tom from Myspace to ask him to erase all traces of my former profile. I can spend hours, sometimes days, with my phone turned off and shoved in a drawer. So when I was assigned the task of ditching all social media for five days, I considered handing the task on to someone who might have provided a more extreme contrast. Someone who felt the need to be constantly plugged in – a 24 hour Tweeter who couldn’t eat a meal without photographing it from three angles first. Someone whose usage bordered on addiction.

I never thought that person would be me. 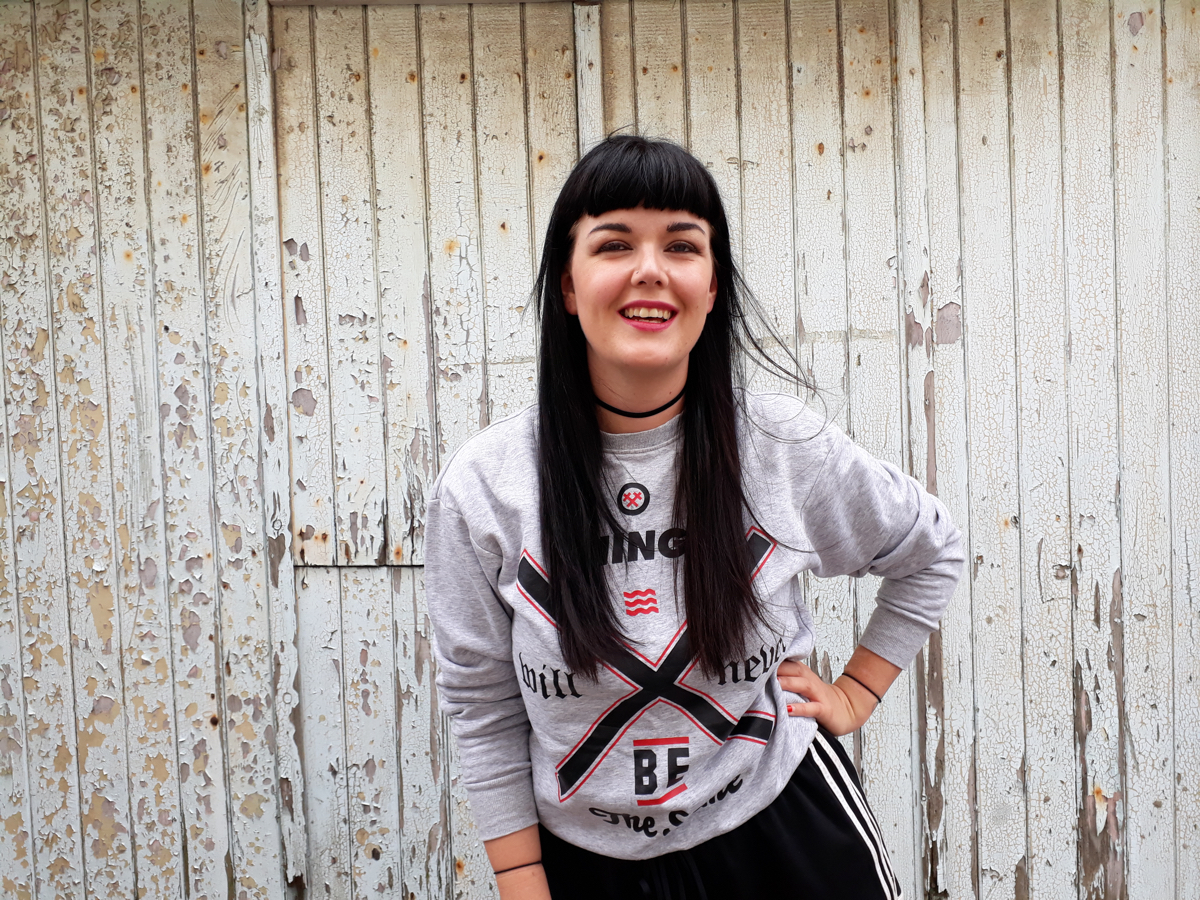 If I’m honest, I cracked before the challenge even started. Saturday morning, 8am, I woke up and instinctively checked my notifications before my eyes were fully opened – a couple of Instagram hearts and an enthusiastic midnight message from my mate commanding me to go dancing (I’m assuming drink was involved). I started to reply then yelped. SHIT. I’d fucked it already! But then I took a step back and injected some perspective and realised that actually, anything you do in bed in the morning before you brush your teeth doesn’t count, so I deleted Messenger and Insta and forgot all about it. And that was that.

It all seemed pretty straightforward. The weekend itself was busy – moving straight to a city after an extended period of travelling and having to scramble around for a job and money is always going to be a bit of a whirlwind crap fiesta – so once I’d deleted the apps, I found myself not thinking about them. I didn’t miss scrolling through pictures that I barely registered, or hearing the constant buzz of my phone as another group chat went into overdrive. I went to job interviews and trial shifts, caught up with my friends in real time, wrote a lot, and ate a hella large pizza while binge watching Louis Theroux for the millionth time. This social media jettison was turning out to be a breeze…until my boyfriend pointed out that I had tuned in three times in one hour without even realising I’d done it. 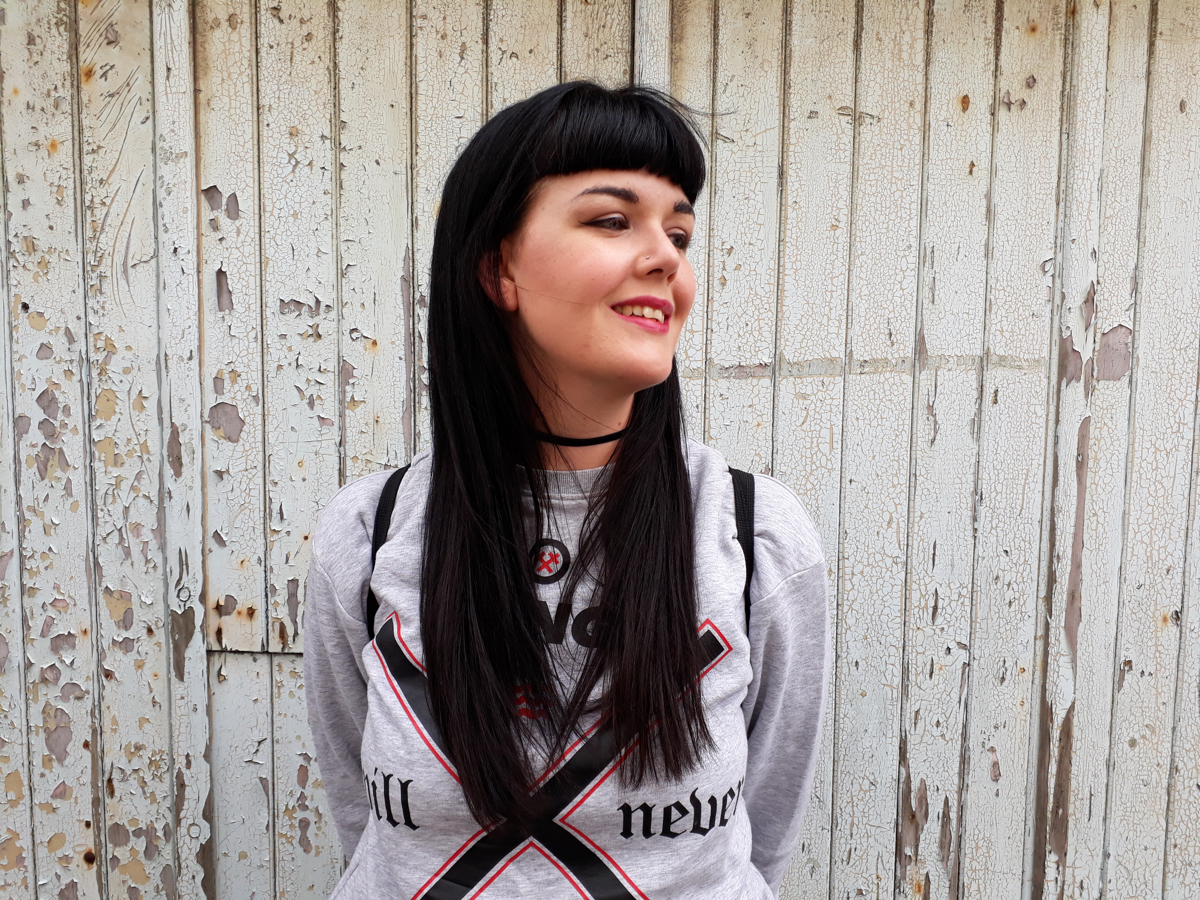 I started to protest, but he was right. I’d searched a band, a locally produced documentary and a cafe, and had gone to Facebook to find the details of all three. It was totally unconscious; my brain had just registered FB as the home of all relevant information ever, so that’s where it went. Sure, I wasn’t actively participating or uploading, but I was still using social media as a resource, a tool. Even those ten second visits proved that truly logging off is harder than it seems.

After that, I thought more about my weekend and realised I had been less virtuous than I first thought. I’d absent-mindedly checked the account of someone I’m no longer friends with to make sure her life wasn’t better than mine (don’t fucking judge me, everyone does it). My online conversations had moved from Messenger to Whatsapp or SMS, but the stream of one-line texts and unnecessary communication was the same. I’d chided myself for not messaging my drunk mate back instantaneously, despite the fact that a) he probably didn’t remember sending the message in the first place and b) even if he did, he wasn’t likely to give a fuck. I’d taken a picture of my newly adopted cat and tried to post it straight to Instagram without even thinking. I didn’t do it but the impulse was there, and that scared me. 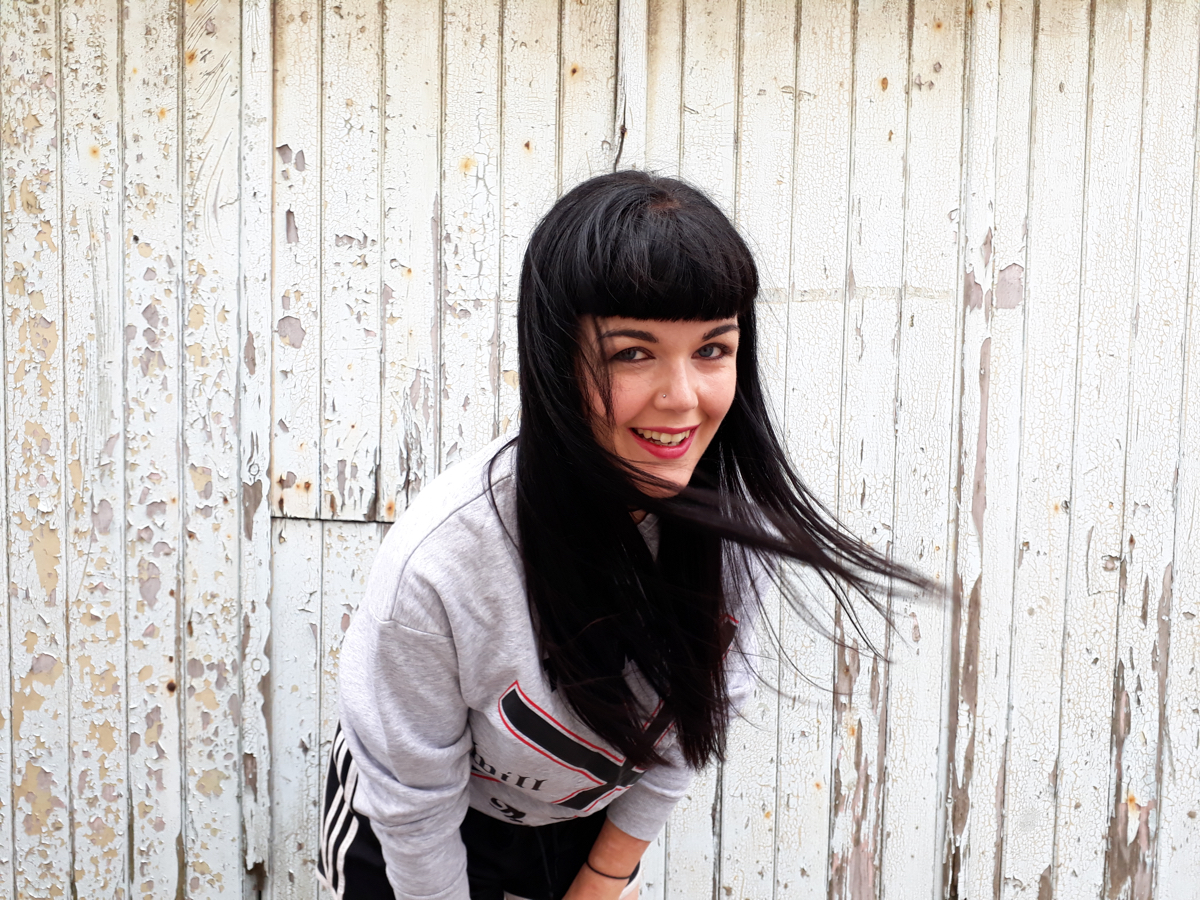 Ten years ago, the way we now live and interact online would have sounded like a fantasy. We’re more connected than ever before: Facebook and Whatsapp alone process over 60 billion messages per day, 350,000 tweets are sent per minute, and 1,000 comments are left on Instagram photos every second. Each of us now spend an average of 15.5 hours per day consuming online media and information. 15.5 hours!!! Much of this content reaches us through social media platforms – but the more we scroll, the less attention we pay (I’ll bet that about three people get to the end of this article – most internet users have attention spans so short that they rarely read beyond the first paragraph. The constant stream of information becomes a part of our daily lives, part of the background noise. We check Twitter while watching TV, Instagram while checking emails, fact check conversations in real time, and message friends when we’re talking to others in person. As our consumption levels increase, it becomes harder and harder to imagine a life without such constant connectivity. It becomes harder and harder to tune out.

I finally flunked out on my challenge when I wanted to call Rae, and realised I didn’t have her number on my new phone. I could have emailed, of course, but people are often so damn slow when it comes to replying and I wanted to be in touch straight away. Facebook, I decided, was my only option. After that, it was a slippery slope. I was back on the apps, and bizarrely, felt like I was using them more than ever. Was it withdrawal, or a fresh hyper-awareness of just how much time I spent staring down at a screen instead of straight out in front of me? 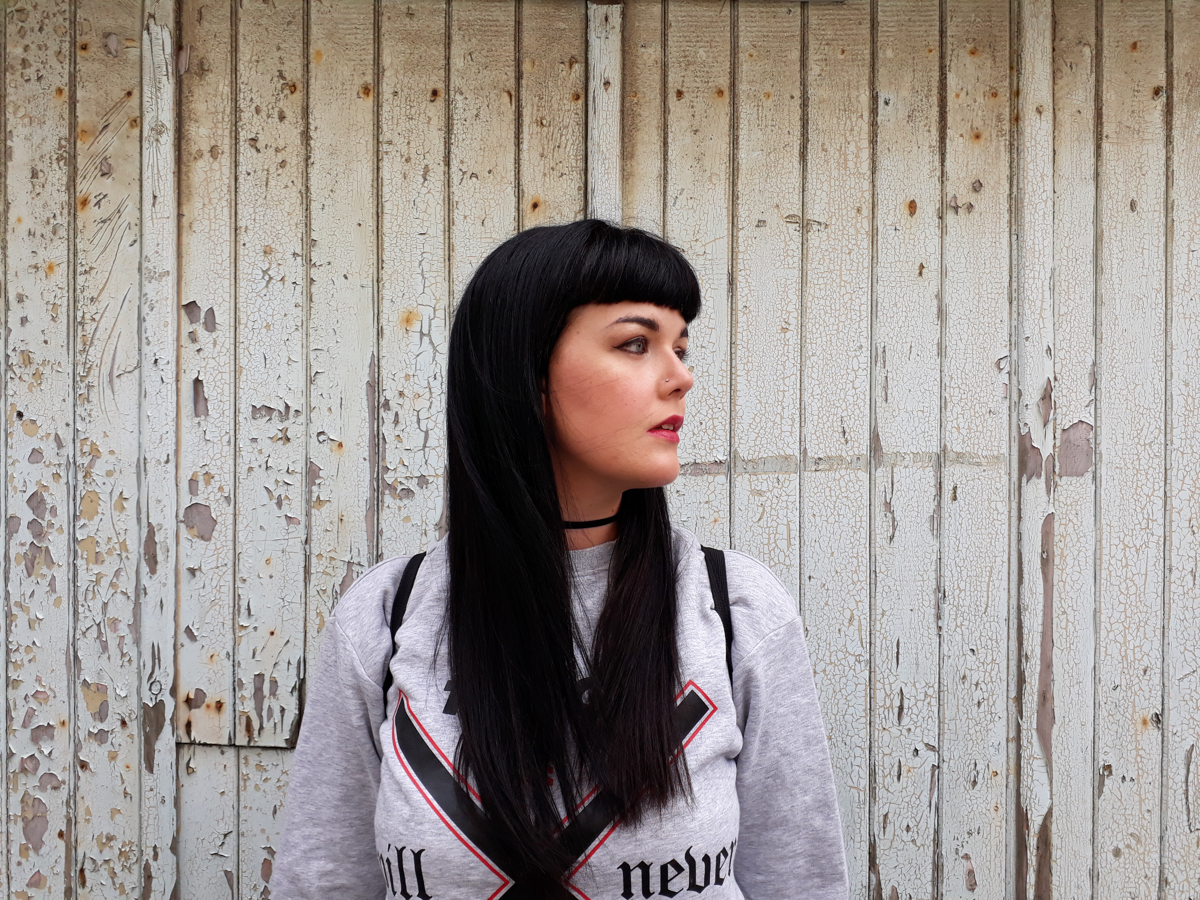 I noticed how skewed the ratio between ‘looking at my phone’ and ‘looking at my boyfriend’ had become. I noticed the strong pulls towards my phone and other tabs when I was trying to get the fuck on with things that actually matter. I noticed that I was feeling a little bit worse about my face, my arse, my house, my career and my life after being exposed once more to the fabulous Insta-lives of the friends and strangers I follow. I noticed that my narcissism levels seemed to be skyrocketing as I set aside time to reply to my Facebook messages – as if I was so damned important that people across Europe were waiting on my next communique with bated breath. I noticed that I was paying more attention to what people on Facebook were saying about the UK election than to the election coverage itself. I noticed that I felt dumber.

So what’s the solution? Is there one? I’m going to try and find out. Once again, I have uninstalled Instagram, Messenger, and have logged out of Facebook. Will I be able to kick the habit? Fuck knows. Probably not. For better or worse, it looks like we’re in this for the long haul, but we may as well give detoxing a shot.