Joe, our resident male perspective here at LFB talks changing male beauty standards and the growing pressure they cause.

At some point or another, everybody’s self-esteem has fallen victim to society’s beauty standards somehow– we’ve all felt a little downtrodden after a scroll through beautiful people’s Instagram feeds, heard unkind words whispered nearby, or have had magazine cover stars seemingly glare at our imperfect selves from the supermarket shelf.

For some time, various industries have conspired to make women feel inferior when faced with the ideal woman, urging them to slim down to achieve the same level of perfection. Meanwhile, men have been fed the lie that using certain products can make you attractive to the most beautiful of women (irrelevant if you’re gay) or successful in the workplace (you’d need to be to really successful to afford that custom Rolex they want you to buy). 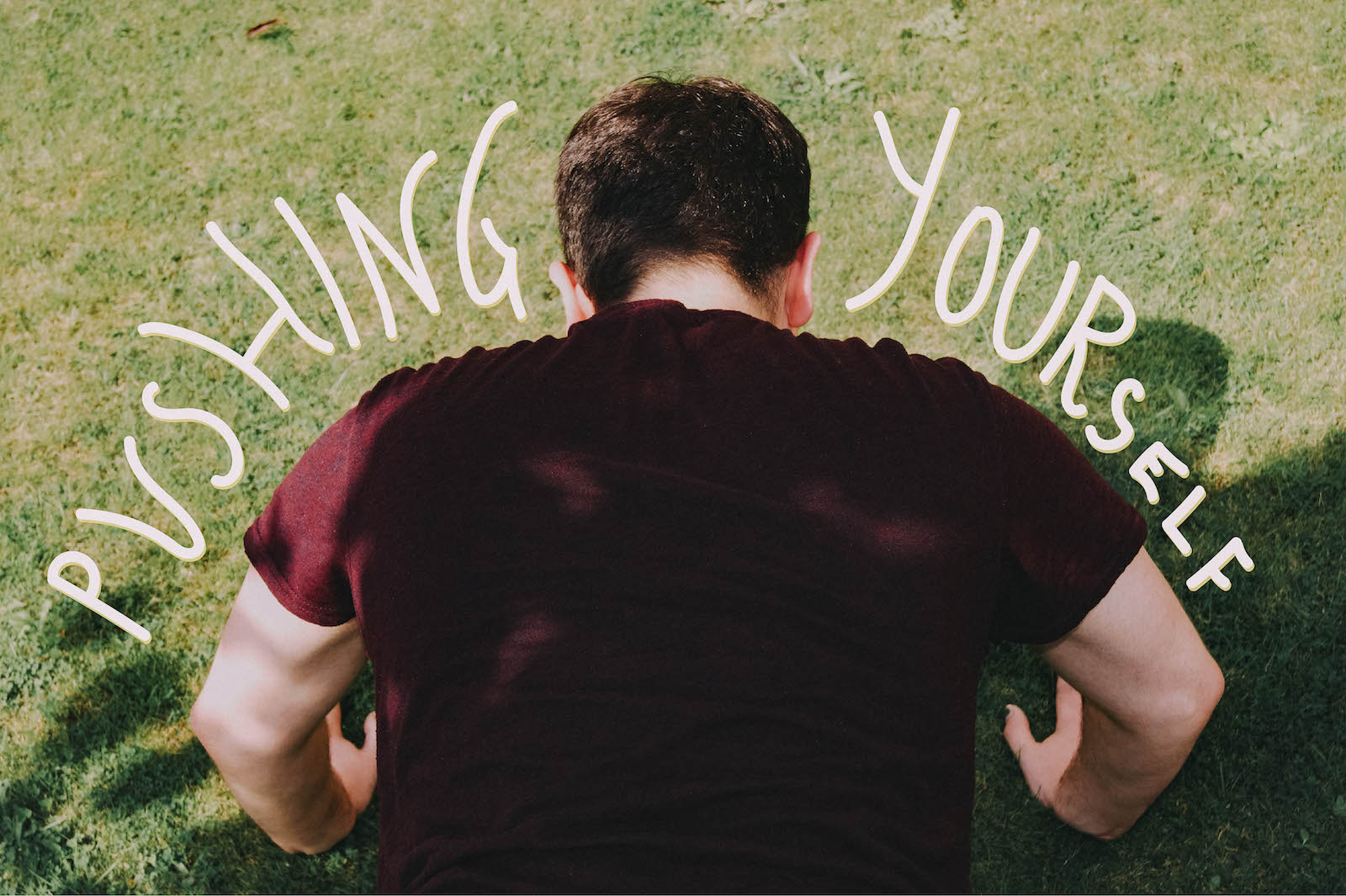 The 21st century, however, has found men increasingly in the same boat as women when it comes to our bodies. Rather than being told to slim down, the pressure is on for us to bulk up. Now, we equate all aspects of life success with being attractive; it’s not about the watch, it’s about the muscles. If your arms aren’t bulging out from under your shirt sleeves, well… then your career, your love life and your entire family are bound to suffer. Simply put, without sculpted bodies, we’re failures.

Social media has clearly played a role in propagating these muscle-centric beauty standards, but it can’t shoulder all the blame: Magazines, Hollywood and reality television are all equally culpable.

As an Instagram addict myself, I’ve done my fair share of scrolling through the feeds of the platform’s most beautiful people, and have learned that – much like the sun – staring at gym selfies and handsome men leading interesting lives for too long can only end in pain. We start to see the world through our phone’s shiny screen, and it’s very different to the one we live in.

It’s a world where everybody has muscles and perfectly maintained facial hair, and they all seem to be manufactured from the same template. The result of glimpsing into this world is that you end up contemplating whether or not you’re the only man on the planet who doesn’t look this way. Thankfully, it only takes a quick scan in public to see that the average guy doesn’t fit the Instagrammable ideal – a fact which makes me feel much less alone in my imperfect state.

Meanwhile, reality television is constructing its own version of the world, inhabited only by handsome men who are plucked, waxed, ripped and tanned. The message straight men get from this version of reality is that this is what the rest of the world looks like – and it could be the same for you. At the same time, very few of these individuals serve as positive role models, with gender stereotypes and a lack of diverse firm characteristics of the genre. 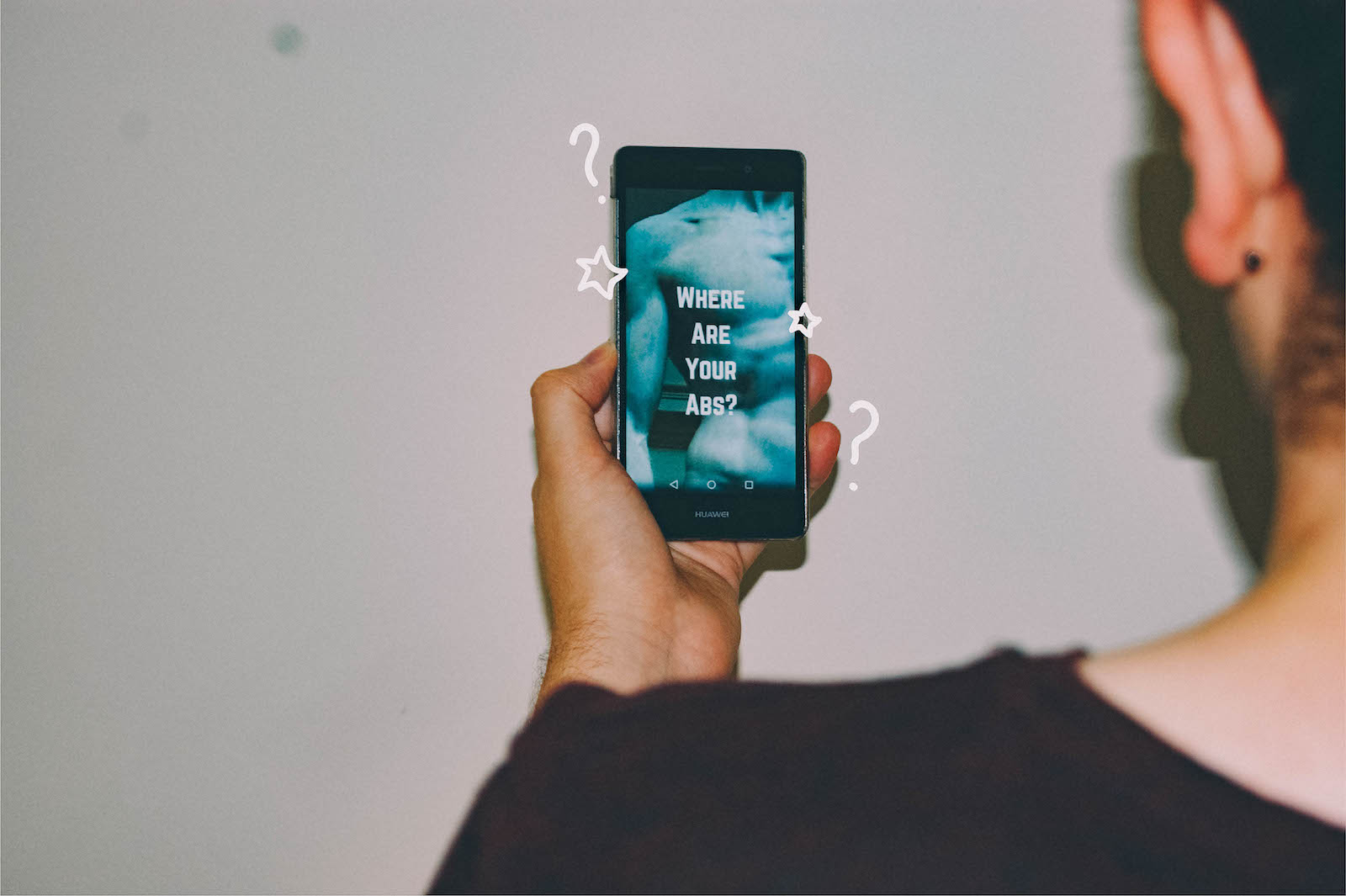 Of course, as a gay man, I’ve found myself mercifully immune to the marketing ploy of getting muscles to get the girl and don’t watch enough reality television to believe that the world looks that way. Unfortunately, the gay community has faced its own beauty standard issues over the last few decades. Propagated by shows like Queer as Folk and fuelled by the ability to be ‘out’ rather than operating in secret, gay men have increasingly found their worth boiling down to what their topless selfies look like. Within a minority, this is particularly damaging, as it can lead to ‘average’ gay men feeling even more isolated and rejected by the very community they rely on for support.

I recently experienced this first hand when a potential Tinder suitor of mine (tall, creative, smart) advised on how I could get a better body and wardrobe to instantly secure a boyfriend (i.e. him). Despite sounding like a bad internet advert and probably coming from a place of good intentions, the offer nonetheless left my self-esteem feeling a little damaged, and only further proved to me that beauty standards are as entrenched within the community as ever.

But why are men, who have historically made themselves think they’re above such issues, fallen prey to beauty standards? Why are we so reluctant to talk about the problems that follow, such as eating disorders and body dysmorphia?

The answer is toxic masculinity. The very thing that previously made men feel like they didn’t need to be well-groomed, for fear of being seen as metrosexual, now makes men feel guilty for not being beautiful. Amongst the gay community, toxic masculinity is behind the idea that being more physically fit ensures that you’re seen as ‘straight-acting’, rather than being associated with outdated stereotypes around feminine gay men. 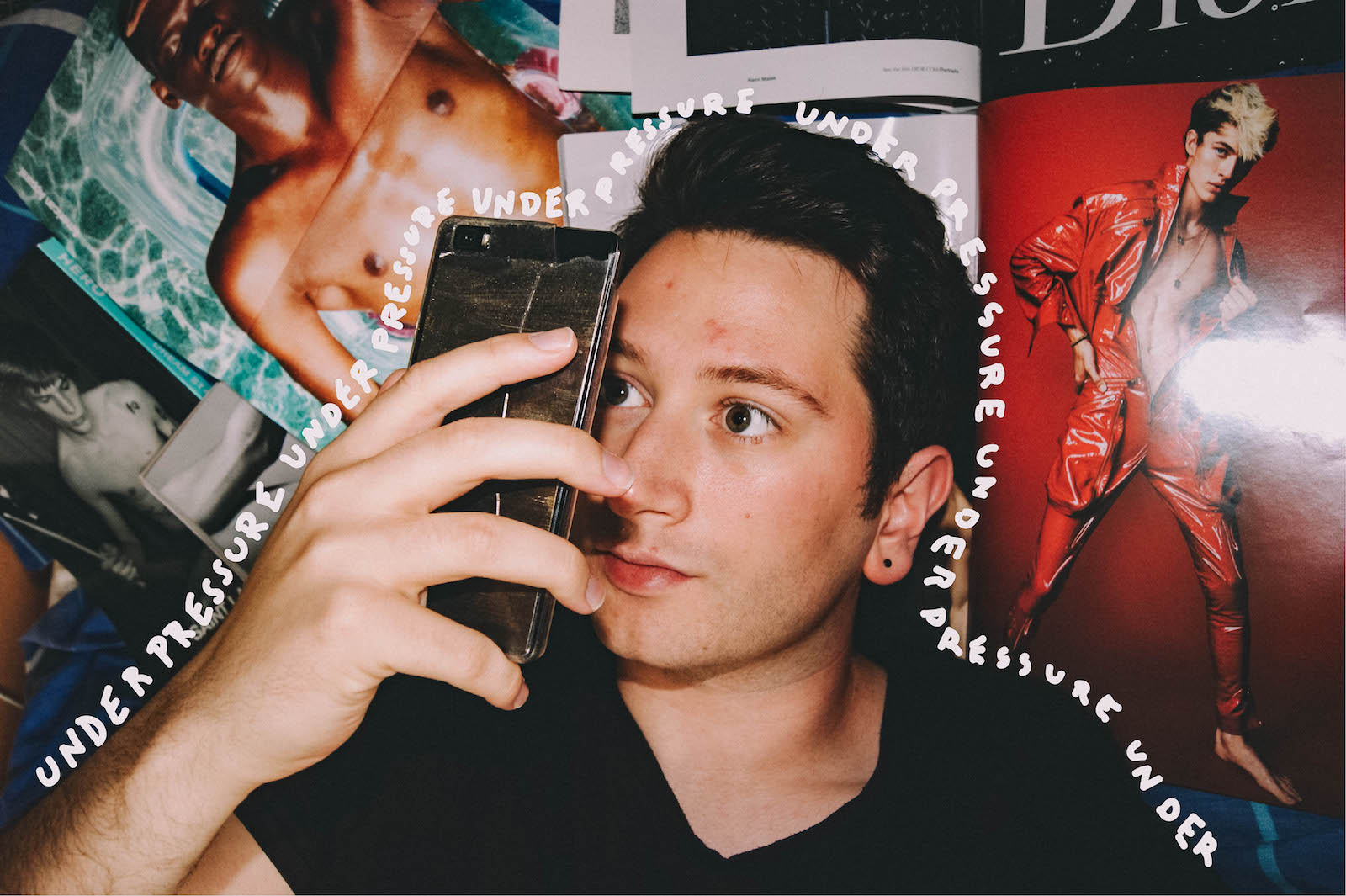 Meanwhile, misconceptions around eating disorders and body dysmorphia as ailments which don’t affect men are keeping guys from getting the help they need when these beauty standards become too much. If we’re to confront the issue and overcome it, we need to cast aside these false ideas of what makes for a masculine guy and educate men on the subject.

Thankfully, I think the conversation around male beauty standards is changing – ironically, thanks to the very marketers that first pushed these ideals on us. Perhaps sensing that toxic masculinity could harm sales, and that by targeting men based on their body standards could isolate other markets, brands are increasingly turning to more inclusive marketing.

AXE have arguably made the biggest contribution to this change of attitude. Their ‘Find Your Magic’ campaign appealed to men to embrace what makes them unique, rather than relying on the standard of a well-sculpted body. Notably, AXE also included different sexualities and gender identities, making for a body positive, diverse campaign which saw the brand win well-earned kudos with multiple audiences.

Much like AXE tried to get across during its campaign, my solution for the growing burden of male beauty standards is one of self-love. Rather than subscribing to the falsely constructed world on social media and reality television or succumbing to toxic ideals of masculinity, we need to be picking the things about ourselves which we love, and focusing on those aspects instead.

Once we realise that it doesn’t all boil down to abs and biceps and fake tan, I think we’ll all be a lot happier with who we are – and more accepting of who everybody else is. Until then, if you’re feeling as exasperated as me by it all, I suggest you unplug from your social media and rest easy knowing that you’re not the only guy on the planet feeling the pressures of beauty standards: we’re in this together.

Tags: from a guy

Joe is a keen writer, herbal tea fanatic, and, formerly, an archaeologist. When not working on his next self-published book (i.e. procrastinating), he spends his time binge-listening to Spotify, taking nice pictures for Instagram, and trying to master yoga.