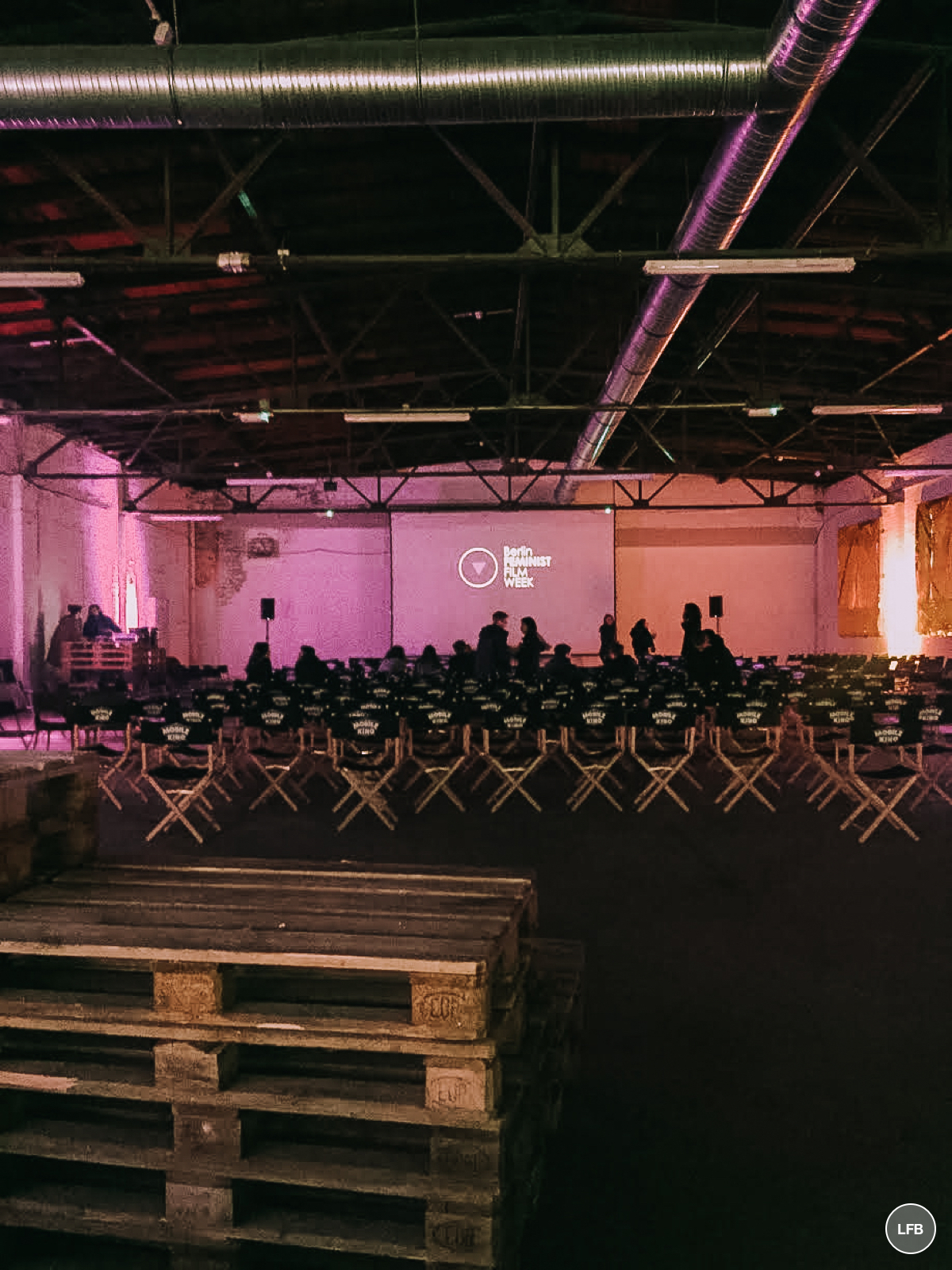 There was a full program headlining incredible shorts, documentaries, independent movies, and discussions focusing on various topics from parenting, choosing not to have children, consent, the treatment of women in places other than the western world, lesbian relationships, female agency, and many other subjects relevant to feminism. In addition to an incredible selection of visual comment and food for thought, Berlin Feminist Film Week also curated an incredible art exhibition by women.

I was lucky enough to get to attend two screenings:  “Feminist Shorts: Consent” and the film, “Below Her Mouth“. I had hopes of attending more, but was unfortunately quite ill this week and had to drag myself to make it out to the two screenings I did manage to attend. It was definitely worth the extra effort. 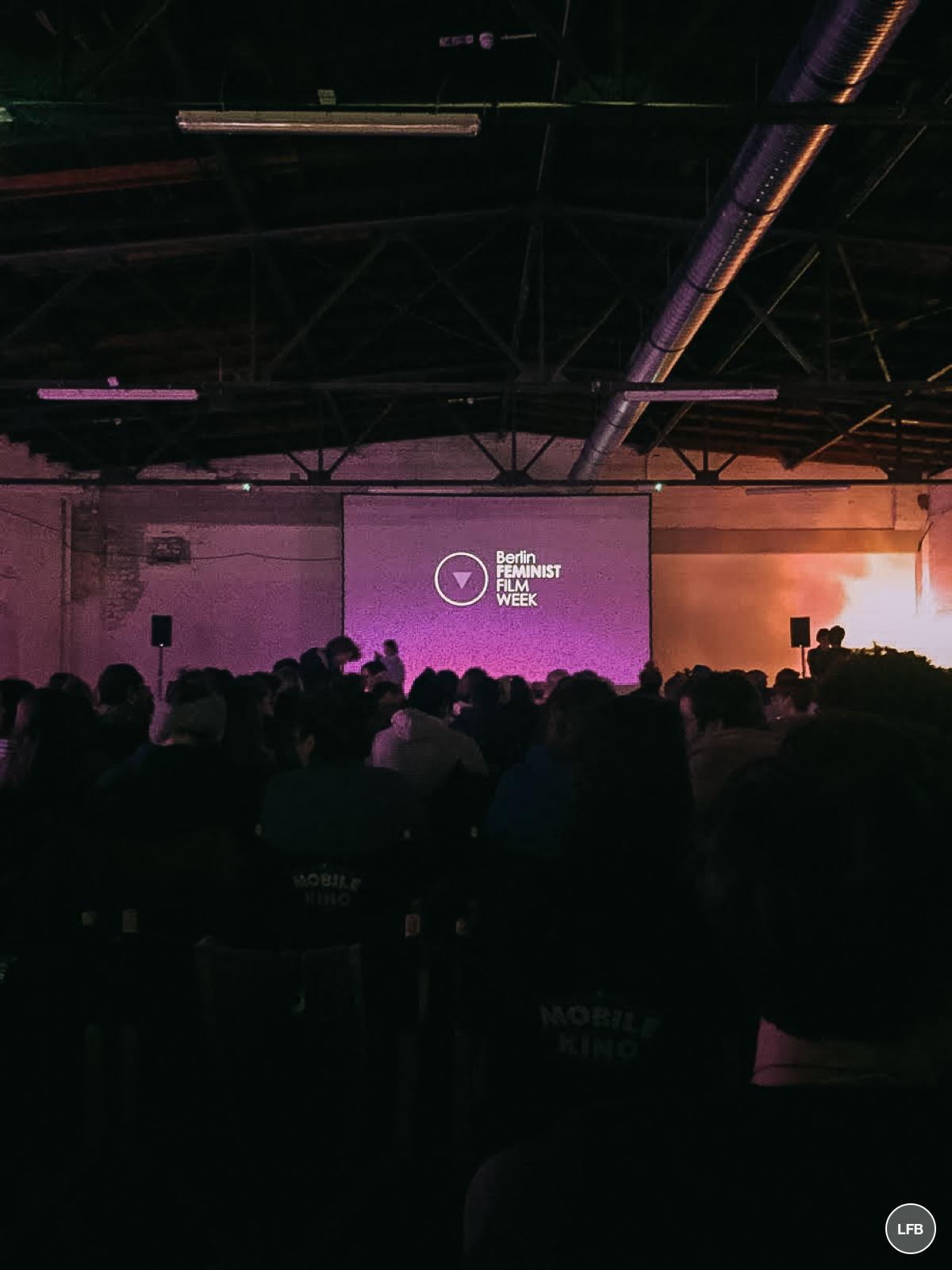 I was extremely moved by “Ladies First: Saudi Arabia’s Female Candidates,” as this is a part of the world I know very little about and it is very easy to get caught up in our own struggles in the western world as women, or even women of colour in the western world and to forget that for many women in other parts of the world, their struggle is just as real and, arguably, more severe. 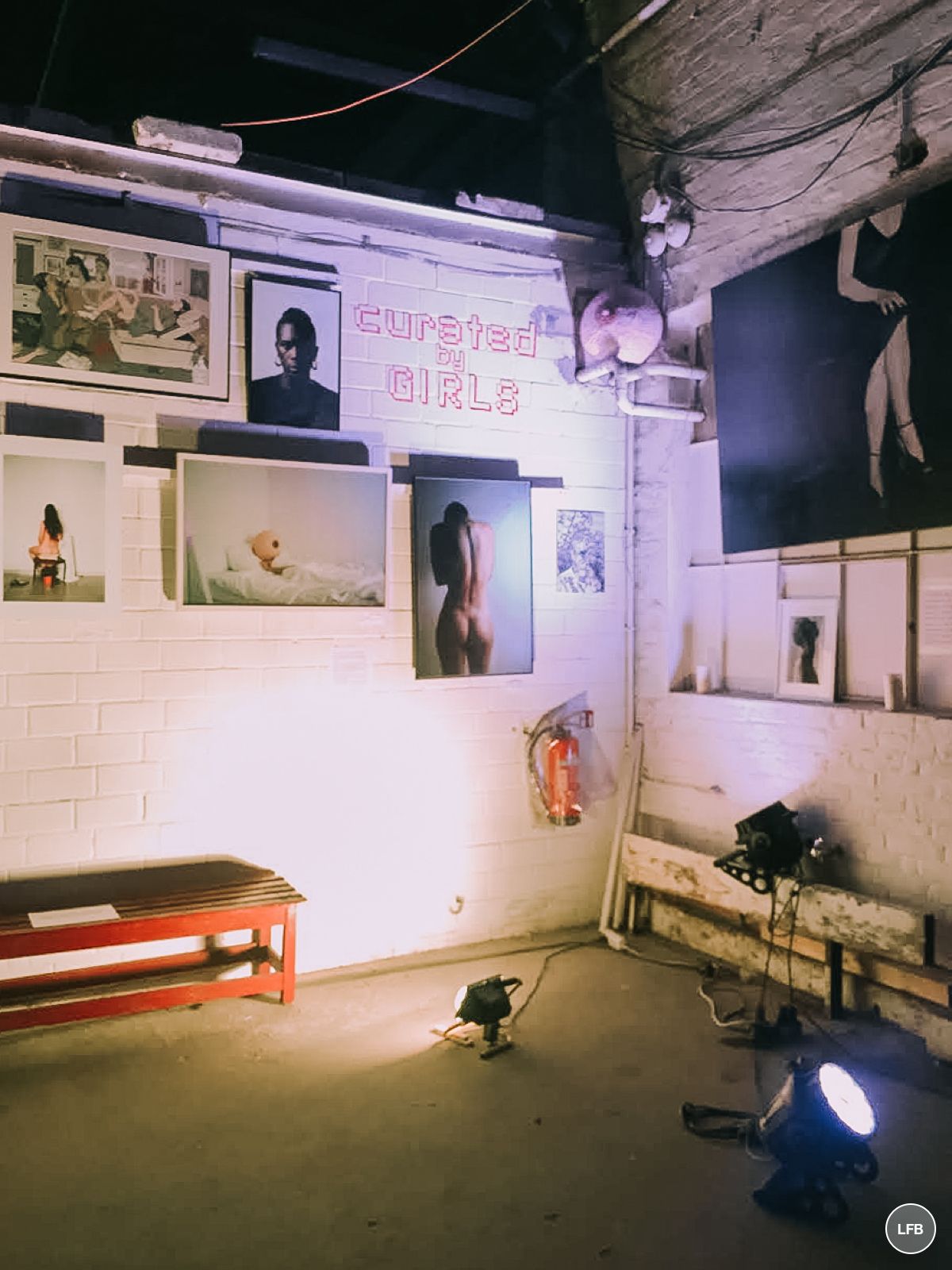 The film “Below Her Mouth” was also extremely powerful. The film focuses on Jasmine, a successful fashion editor who is in a heterosexual relationship with her fiancé Rile, with whom she lives. While on a night out with her best friend, she runs into Dallas, a roofer who has been working on the house next door. From there the relationship between the two women continues to develop.

What I personally found so striking about this film was director April Mullen’s decision to shoot with an entirely female crew, “a decision in total support of the female gaze.” It is precisely this preference that has allowed “Below Her Mouth” to remain a force to be reckoned with. Despite the amount of nudity and sexual content, the film feels raw, empowering, and ridiculously honest. 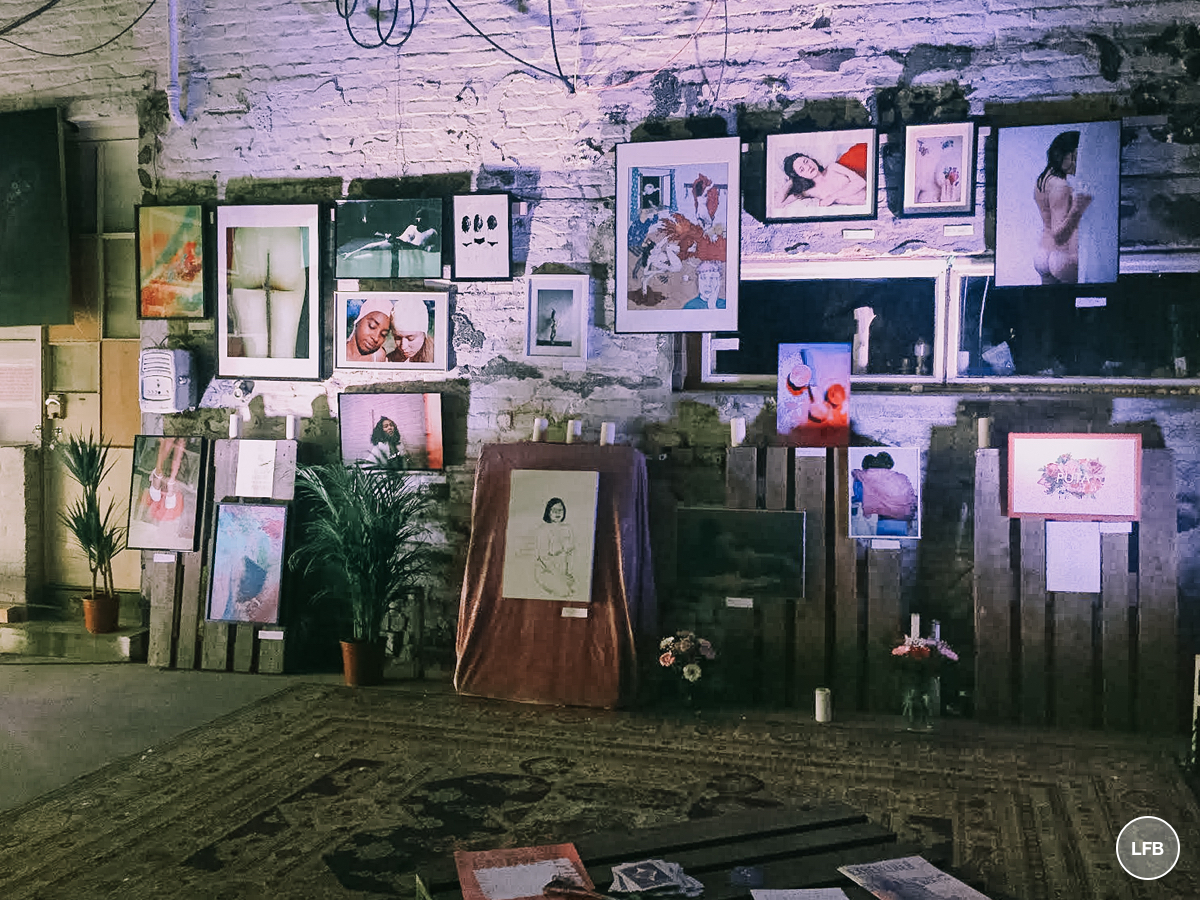 I have to admit that as I watched the movie, I wondered if I felt the copious amount of sex scenes were gratuitous and simply there for shock value. But then I realised two important things.  “Below Her Mouth” is full of more sexual content than any other film based on a heterosexual or homosexual partnership I have seen thus far in my life. Although I personally find no difference between gay or straight relationships, the amount of sex that took place on screen did feel shocking not only because of the quantity but due to the fact that we rarely get to see intimate scenes between two women on film. This applies to films that objectify women and films that do not, films created with a female gaze or films created with a male gaze. 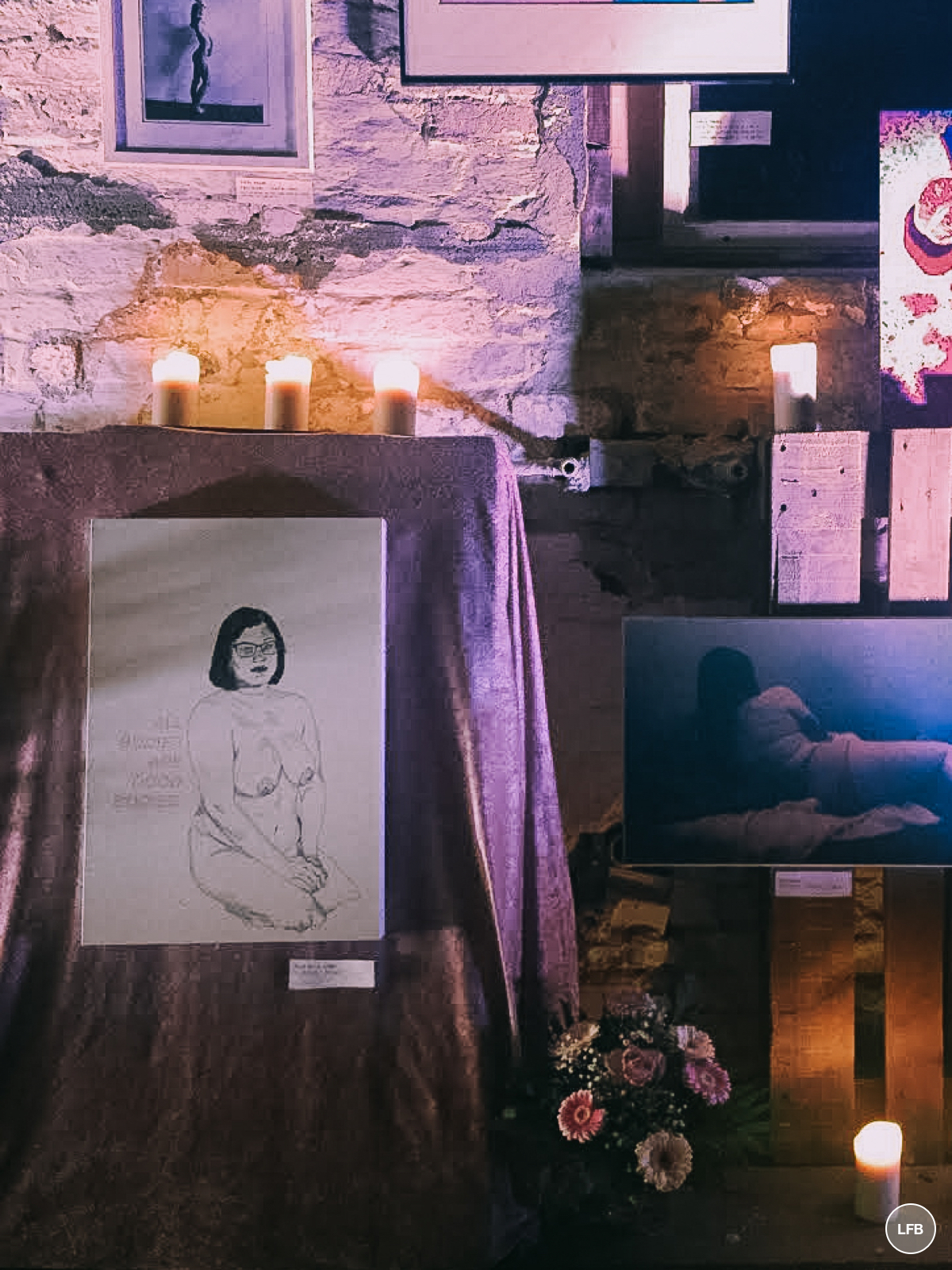 I also realised that even though 70% of this film is made up of intimate scenes, when I think back to the start of many of my relationships, the truth is that people, honestly  just do have a lot. of. freaking. sex. And so, in that regard, I thought that the portrayal of the beginning of a relationship between these two characters was completely believable.

I’m very moved by women working with other women to create incredible things. And although one could argue Berlin Feminist Film Week preaches to the choir, who cares that this film festival was attended by liked-minded men and women already enlightened enough to understand what feminism is about? We need our safe spaces to express ourselves as well. I would, however, be a huge fan of a phase two: getting those outside of our community to attend events like this in order to observe an opposing view.