When it comes to travel, Eastern Europe is sorely underrated. When people talk about traveling to Europe, cities like London, Paris, Rome, Barcelona, and Berlin are undoubtedly in most travellers’ top 5 places to visit. Sadly, cities like Bratislava, Danzig, Zagreb, and Prague tend to receive less buzz.

I am pretty sure it has something to do with stereotypes about Eastern Europe based on attitudes developed in the west during the Cold War and the existence of the Iron Curtain (Jeff Schaffer’s Eurotrip, or Hostel anyone?), but it’s been 25 years now, so it’s time to throw these antiquated assumptions out the window.

Yes, Eastern European countries were and still are being shaped and impacted by their previous history (as are all countries), but no, these places are not just made up of vast wastelands, uneducated people, and abandoned buildings where you will most certainly be brought after being chloroformed and kidnapped only to be tortured until finally being put out of your misery by the depraved soul that has dragged you to this godforsaken place to begin with. (To be fair, Hostel‘s maniacal serial killer was a Dutchman, but he still had to commit his egregious acts of torture in Slovakia rather than at home in the Netherlands, because Eastern Europe, right?)

Based on my travels to both Bratislava and Prague, and what knowledge – albeit this knowledge being admittedly little – I have on Eastern Europe, it seems that the European countries east of Germany are full of incredibly quaint little cities full of many warm and friendly people as well as magical streets lined with beautiful old buildings in an array of pastel blues, greens, yellows, and pinks with red roofs. Prague’s Old Towne Square is a shining example of this kind of architecture.

The vantage point from the old clock tower in the center of the square* made for a perfect view of these darling streets, red roofs, and beautiful buildings from above. I highly suggest adding Prague or any other underrated city of Eastern Europe to your travel bucket list, but for now, I hope that these photos can transport you Prague for the time being… 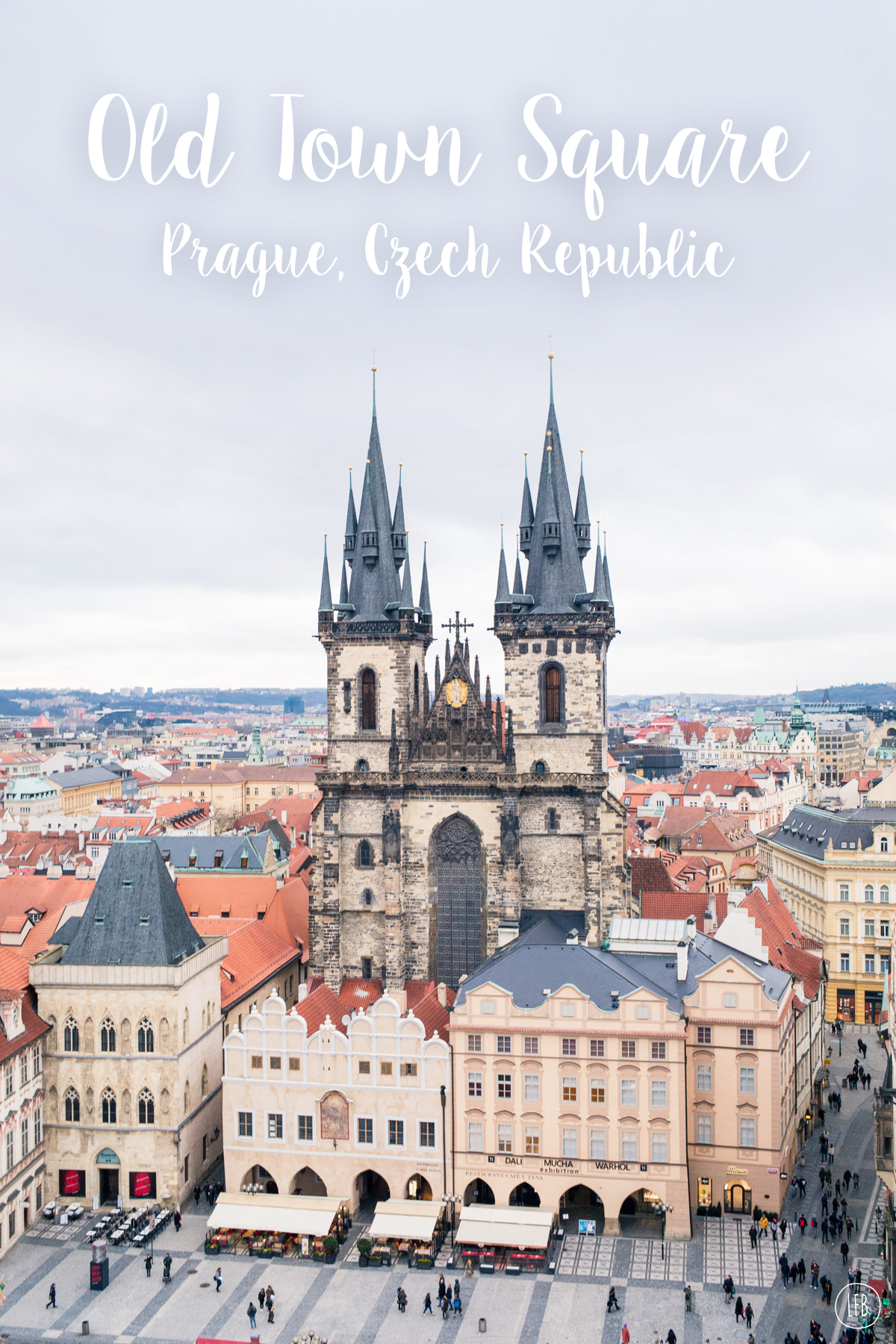 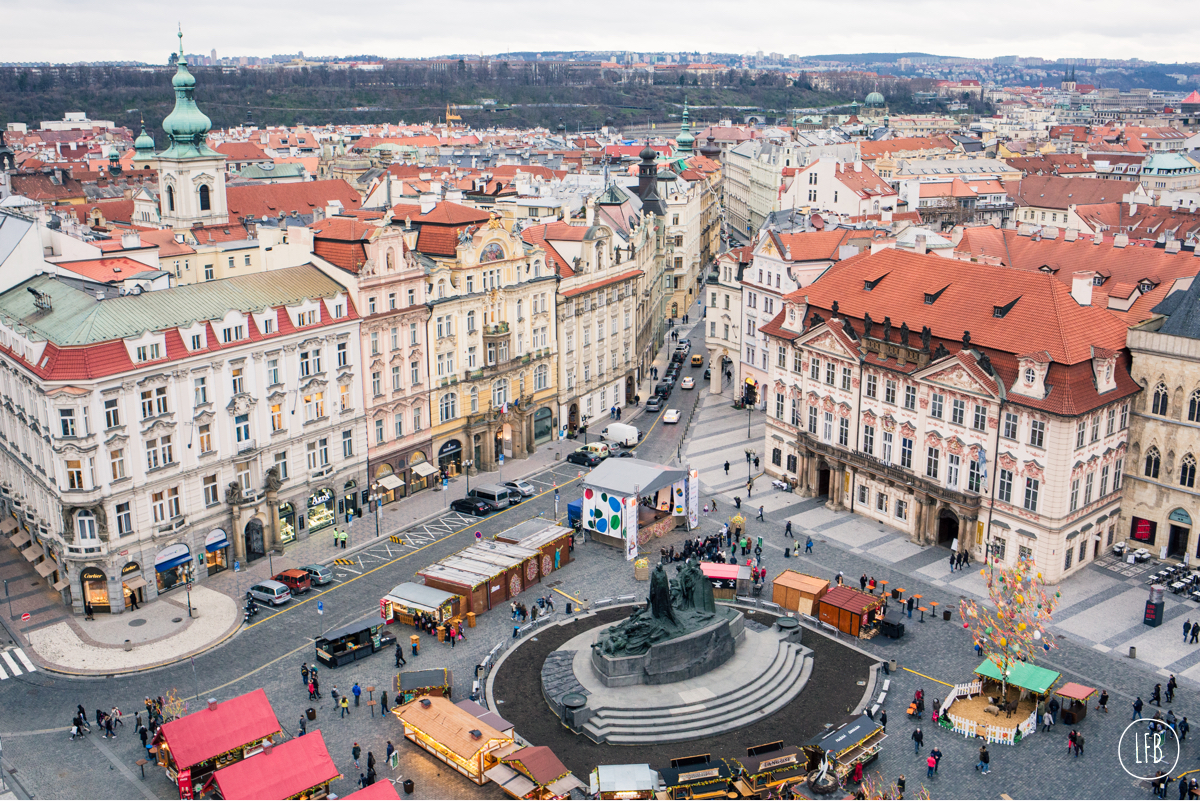 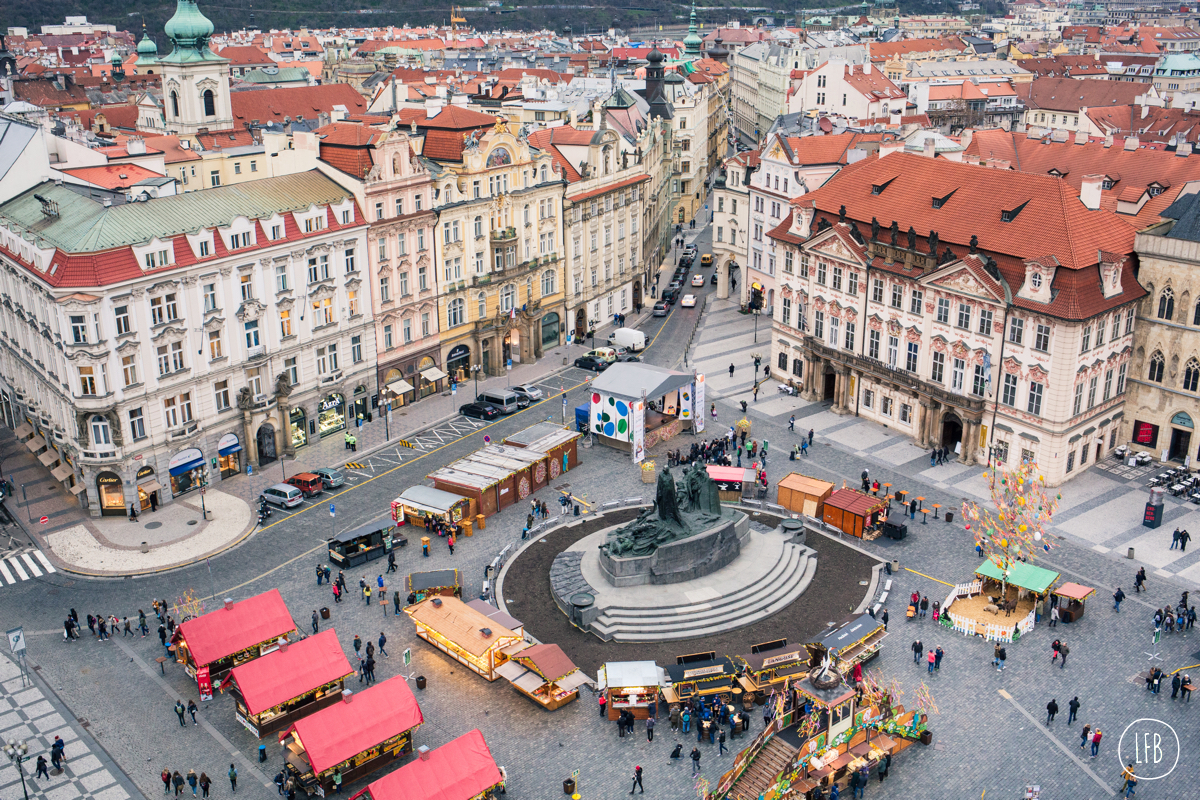 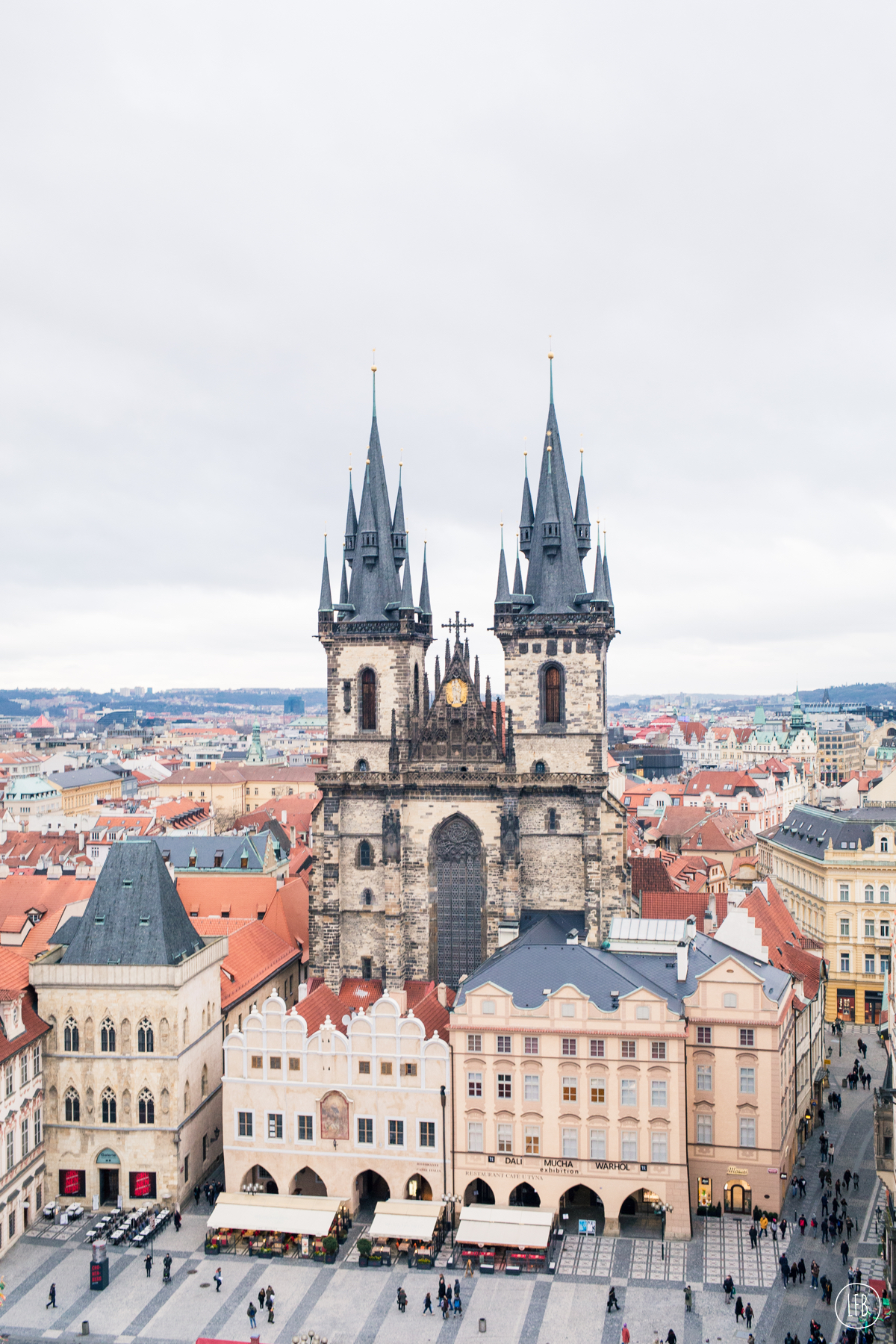 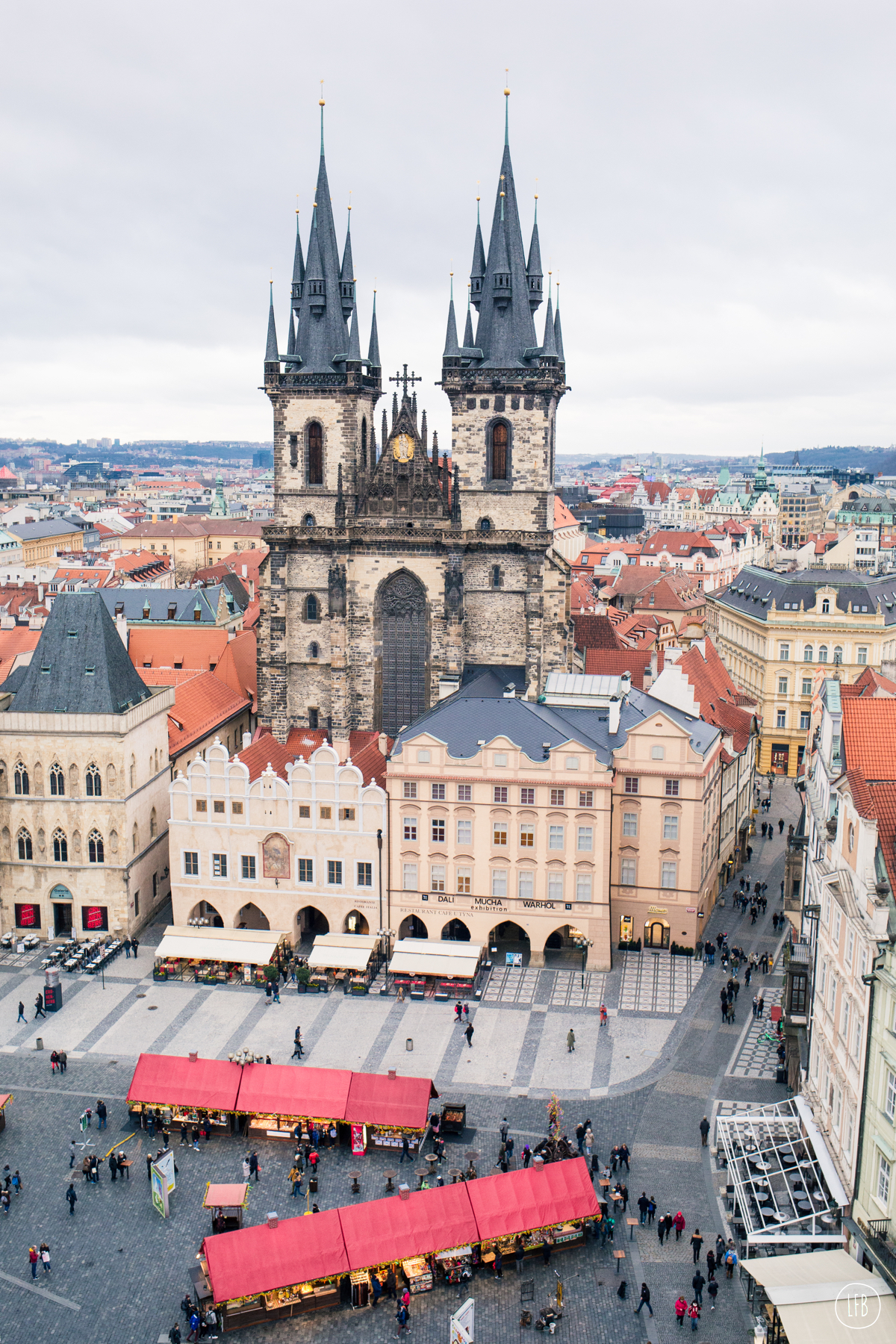 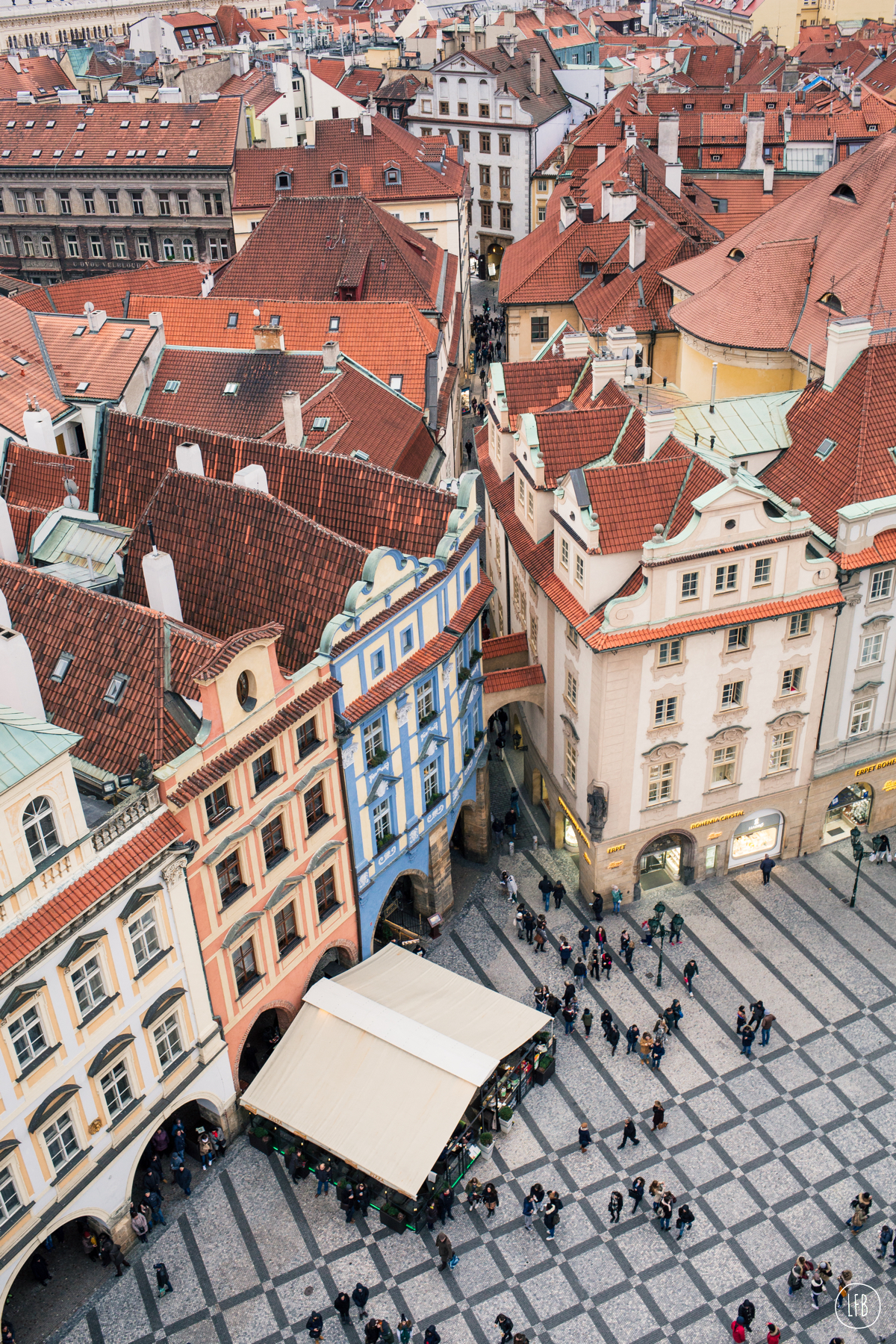 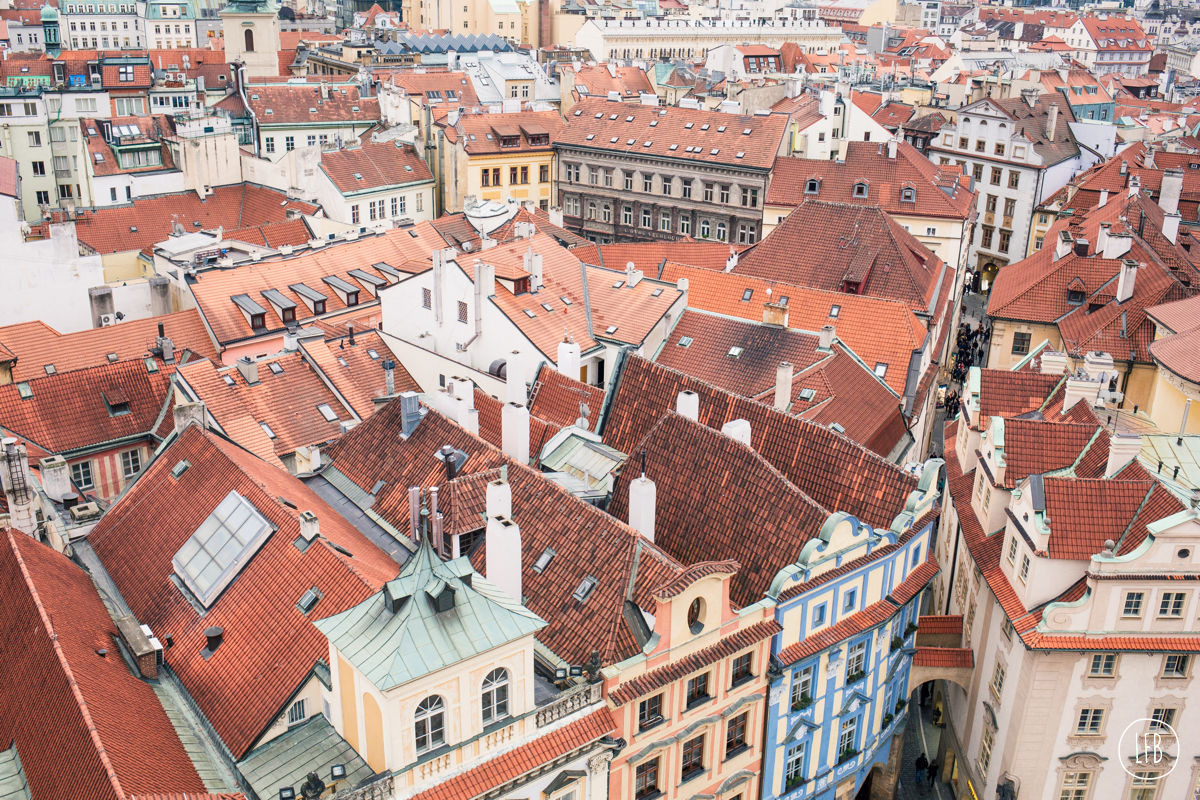 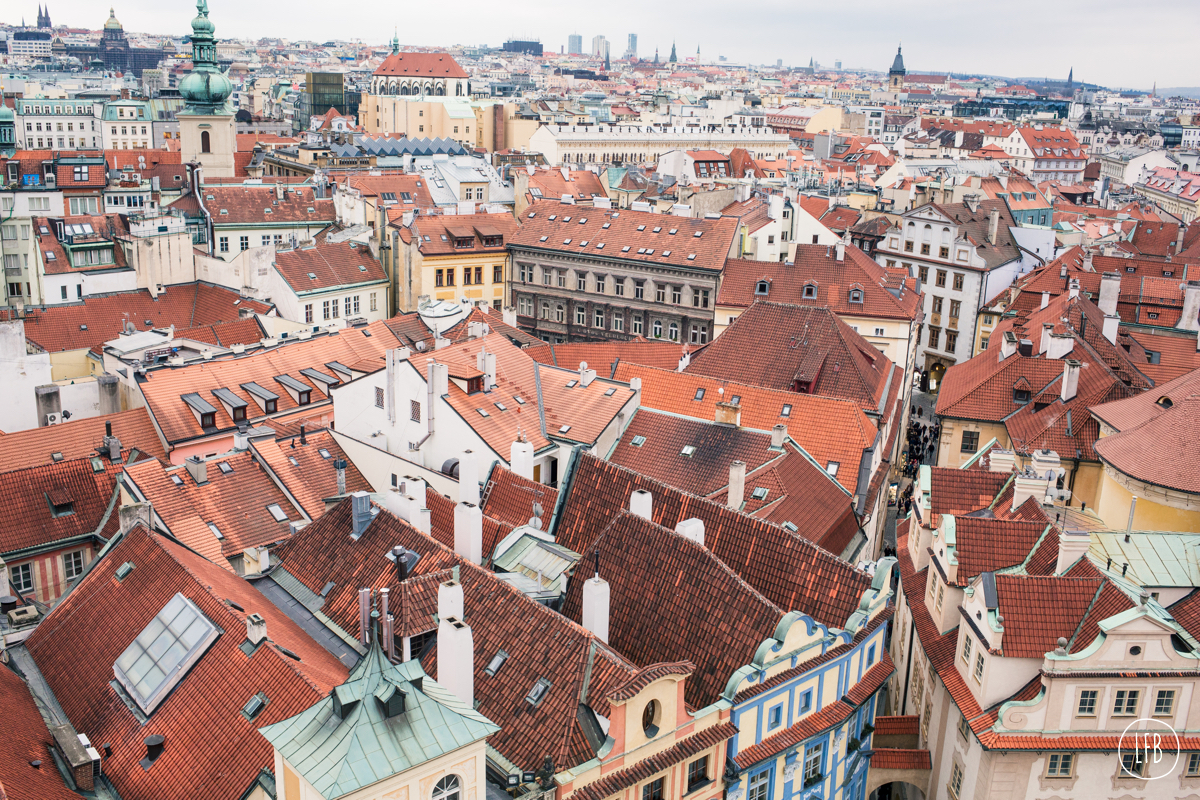 LFB always discloses all partnerships. Thank you so much to Prague City Tourism for the opportunity to experience Prague from above! It’s partnerships like this that allow LFB to bring incredible adventures and experiences to the LFB community. (I was not paid for this or any other post about Prague)