We here at LFB are in love with good magazines. We also go weak at the knees for good coffee and tea and an impeccable interior.

Which is why we were stoked to sit down with Domenico, owner of Rosa Wolf, a cafe/magazine/bookshop in Prenzlauer Berg to chat about Rosa Wolf at the end of summer this year. (We also met his partner João, who helps out with the business and can be seen in some of the photos in this post):

LFB: Can you please tell us a little bit about yourself and how you got started in your field/industry?

Domenico: I started out as a journalist after studying Media Economics. The interest in media, especially print, had always been there. I grew up in a small town in the South of Germany where it wasn’t easy to get magazines from abroad or on specific topics. So whenever I was in Munich I used to get lots of magazines at the train stations. When I moved to Berlin it was obviously easier [to get magazines from abroad] but I really discovered a whole new world of magazines in London. So many great titles and such variety! 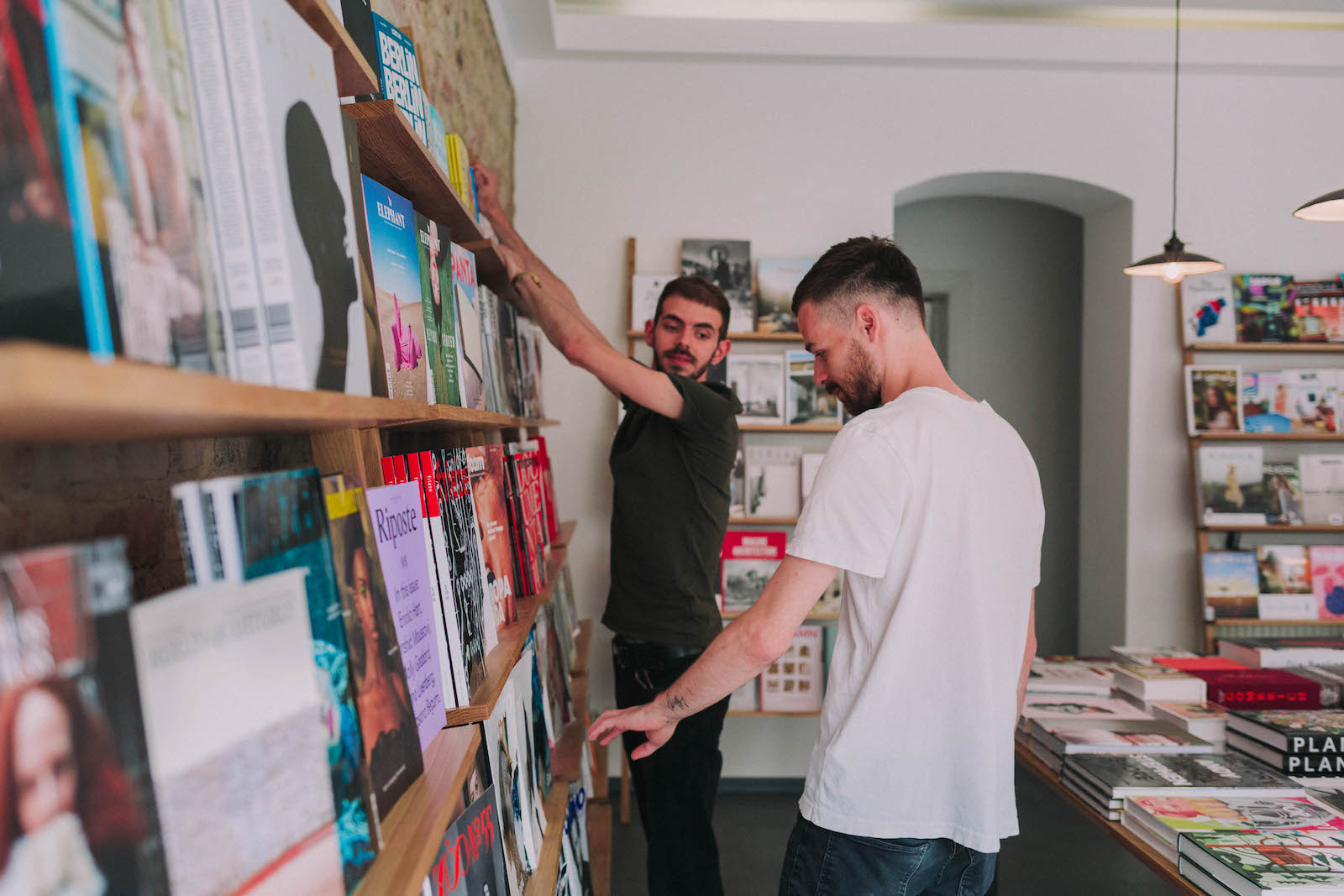 LFB: Can you tell us how Rosa Wolf came to be?

Domenico: When I finished my studies in Berlin I moved to London to work as a journalist. After five years there I decided to move back to Berlin where I continued to write, but pretty soon after the move I started planning my own business. I wanted to open a shop for magazines and books for a long time. I’ve always been into indie magazines so it’s really been a dream come true to curate my own selection now. Whenever I bought mags at other shops I used to go to the next café to read them there. So that’s how I got the idea to combine a magazine/book shop with café.

LFB: What makes you love working in the coffee and magazine industry so much?

Domenico: It may sound a bit like a cliché but whenever a customer tells us that they like our coffee or we see that people come back for coffee, it makes me really happy. Working with magazines is especially exciting to me. Finding new mags that could fit our stock, going through the new arrivals – it’s something I really don’t consider as work. 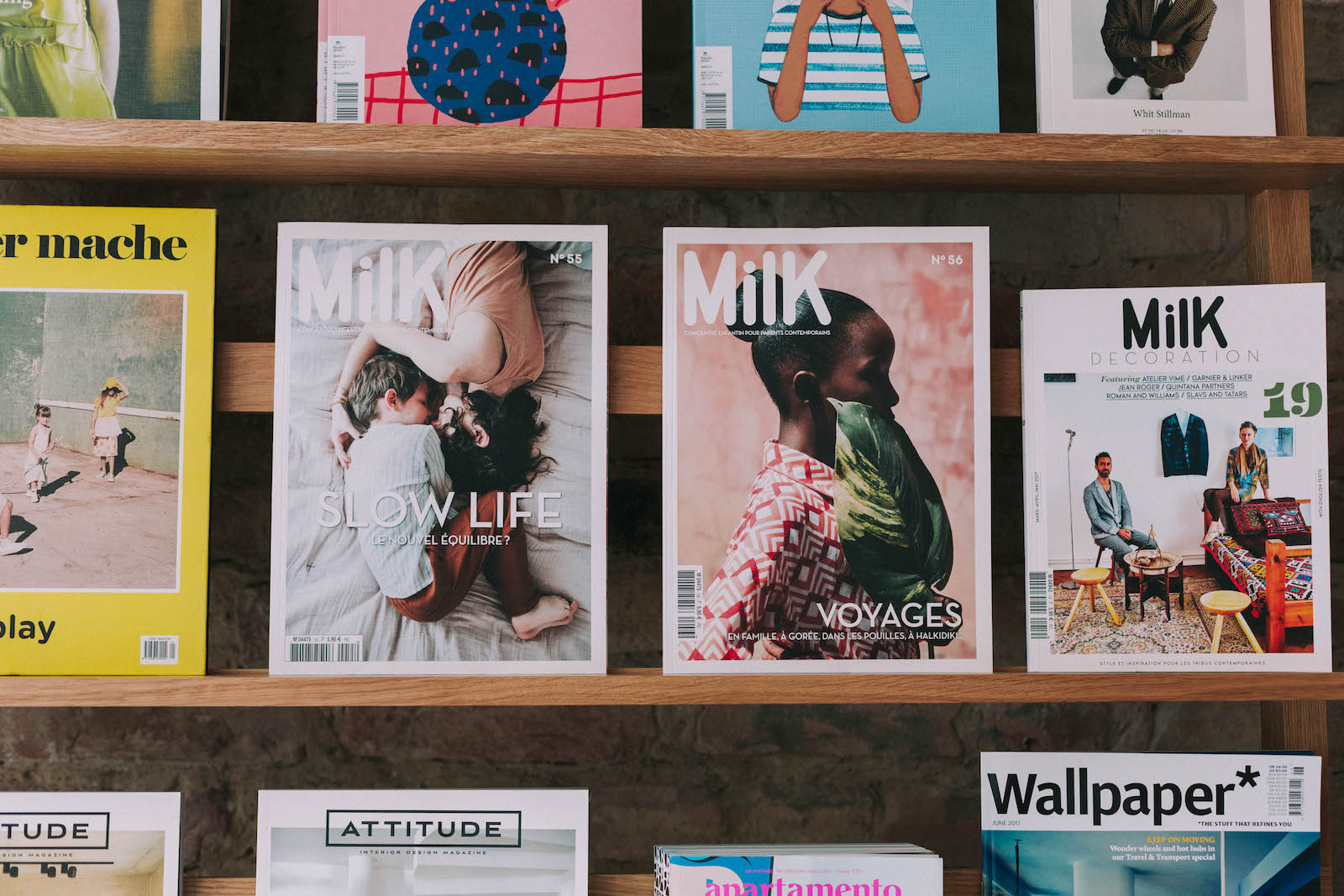 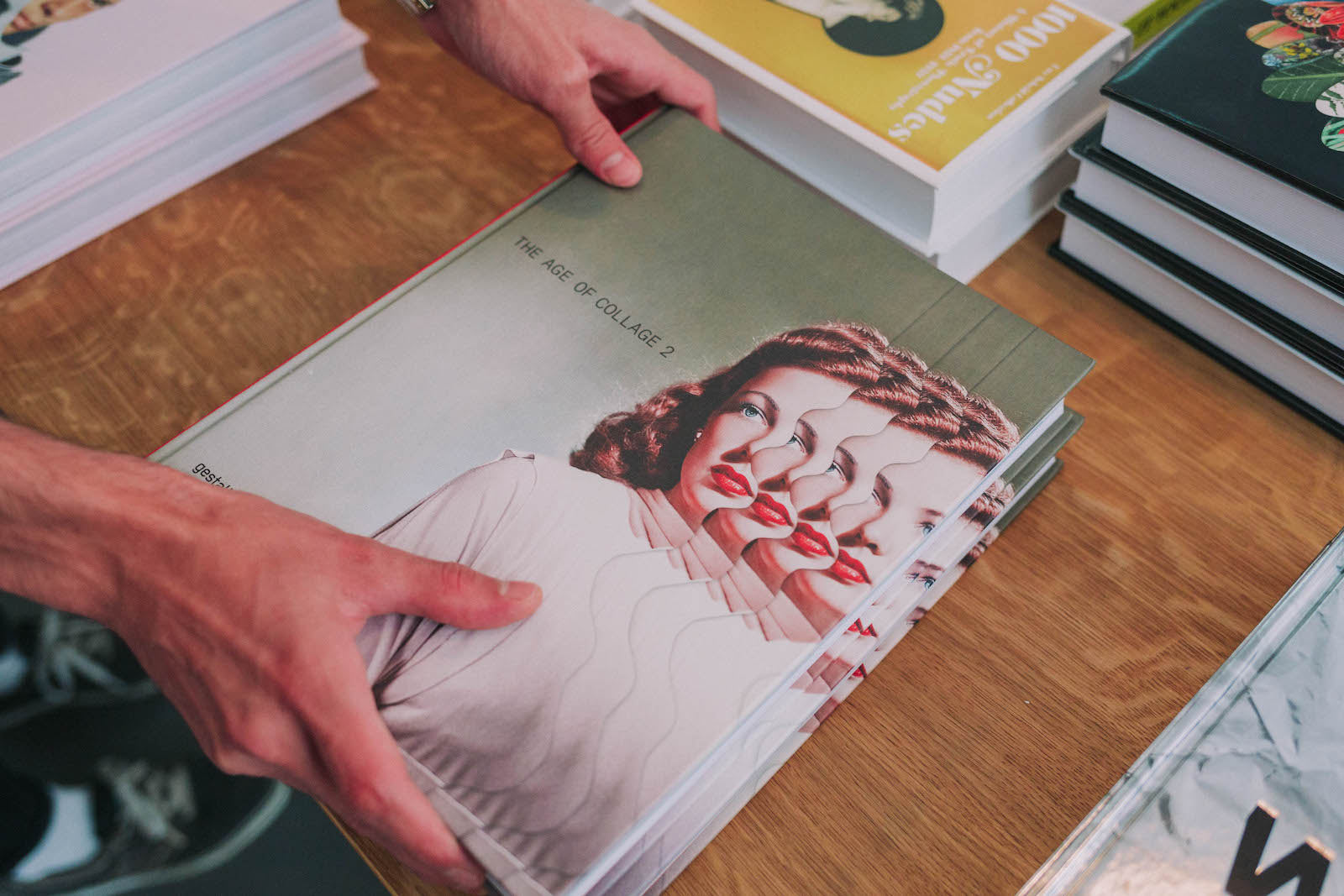 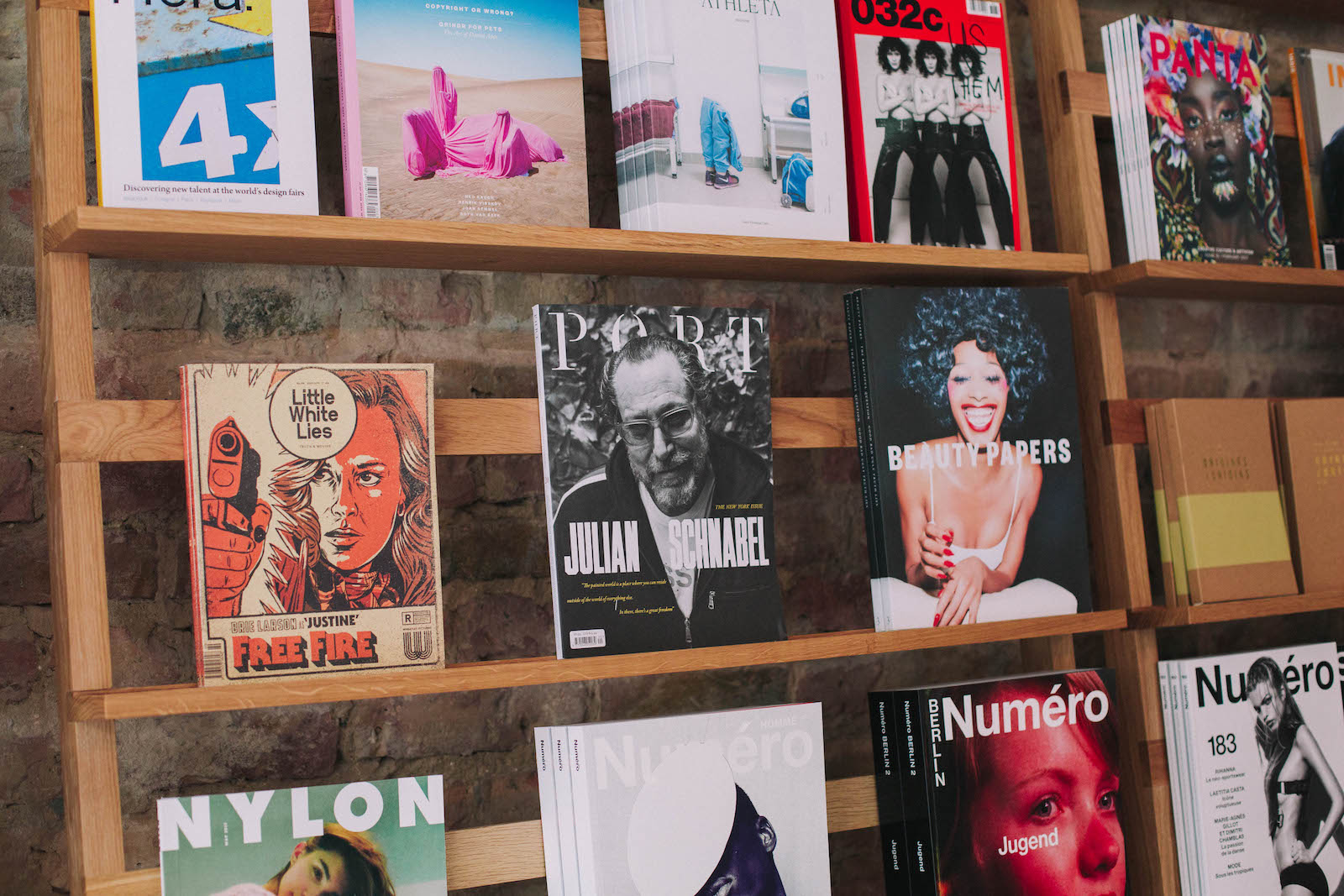 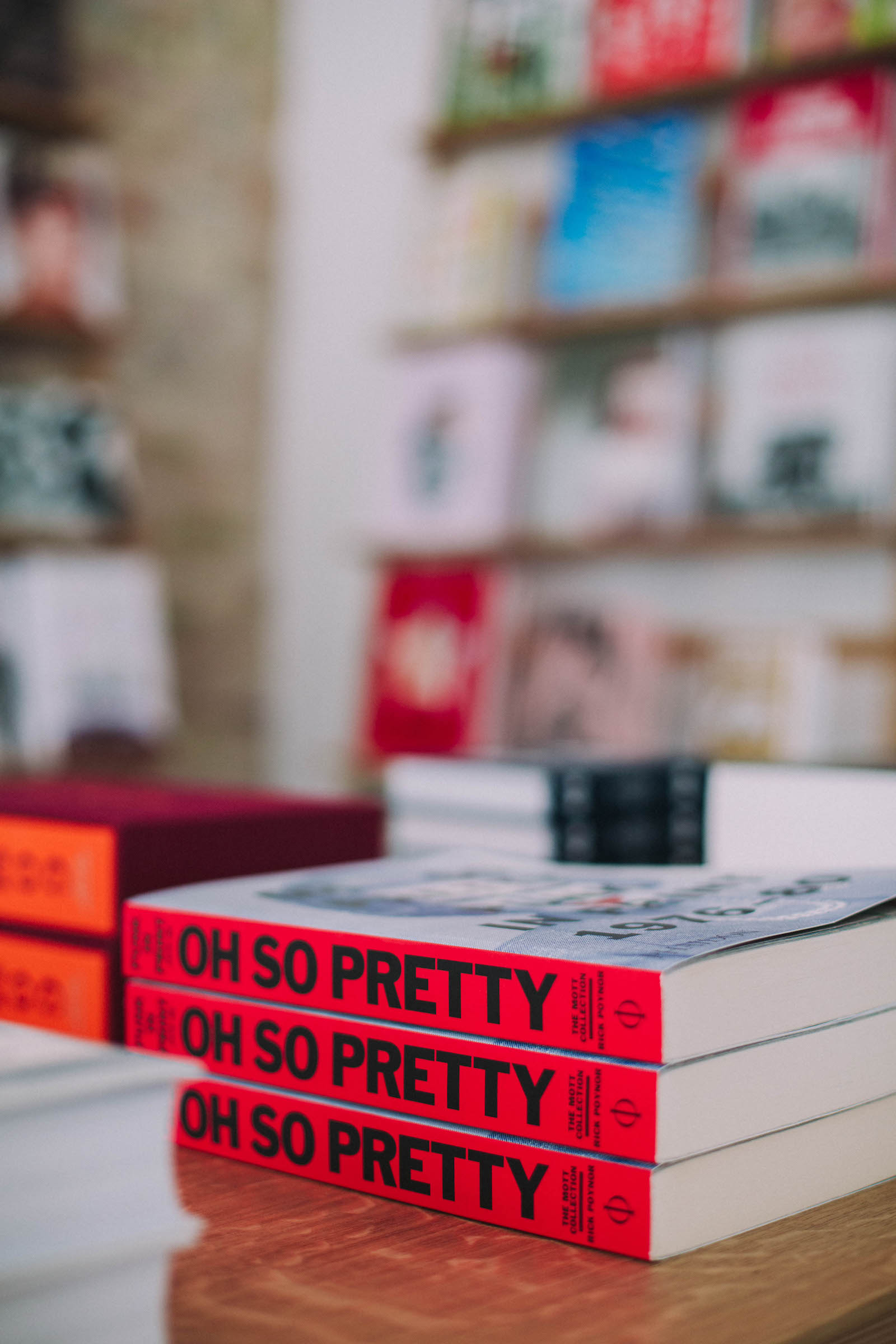 LFB: Can you tell us a bit about your creative process?

Domenico: The creative process is quite simple really. I spend a lot of time online trying to find new magazines that would be a good fit for our shop. Sometimes I have to stop myself and think about the money aspect as well. Of course we would like to have all kinds of beautiful magazines from around the world [at Rosa Wolf] but my personal taste might not always fit the taste of our customers. Sometimes I’m quite surprised when a particular magazine is not doing as well as I’d expect. But finding all that out and trying different things is one of the most exciting parts of the job.

Domenico: Well, first of all I was already living here. But Berlin is also a city where it’s (still) possible to try something. Although rents are increasing a lot, it’s still nowhere close to prices in other big German cities like Munich or Hamburg. When I lived in London I already thought about opening my own business but it just wouldn’t have been possible there for me.

Berlin also has this creative scene full of people who like books and magazines. There are also a lot of people who want good quality coffee that is roasted locally. There’s a reason why big coffee chains like Starbucks are just not doing as well here as compared to for example London. 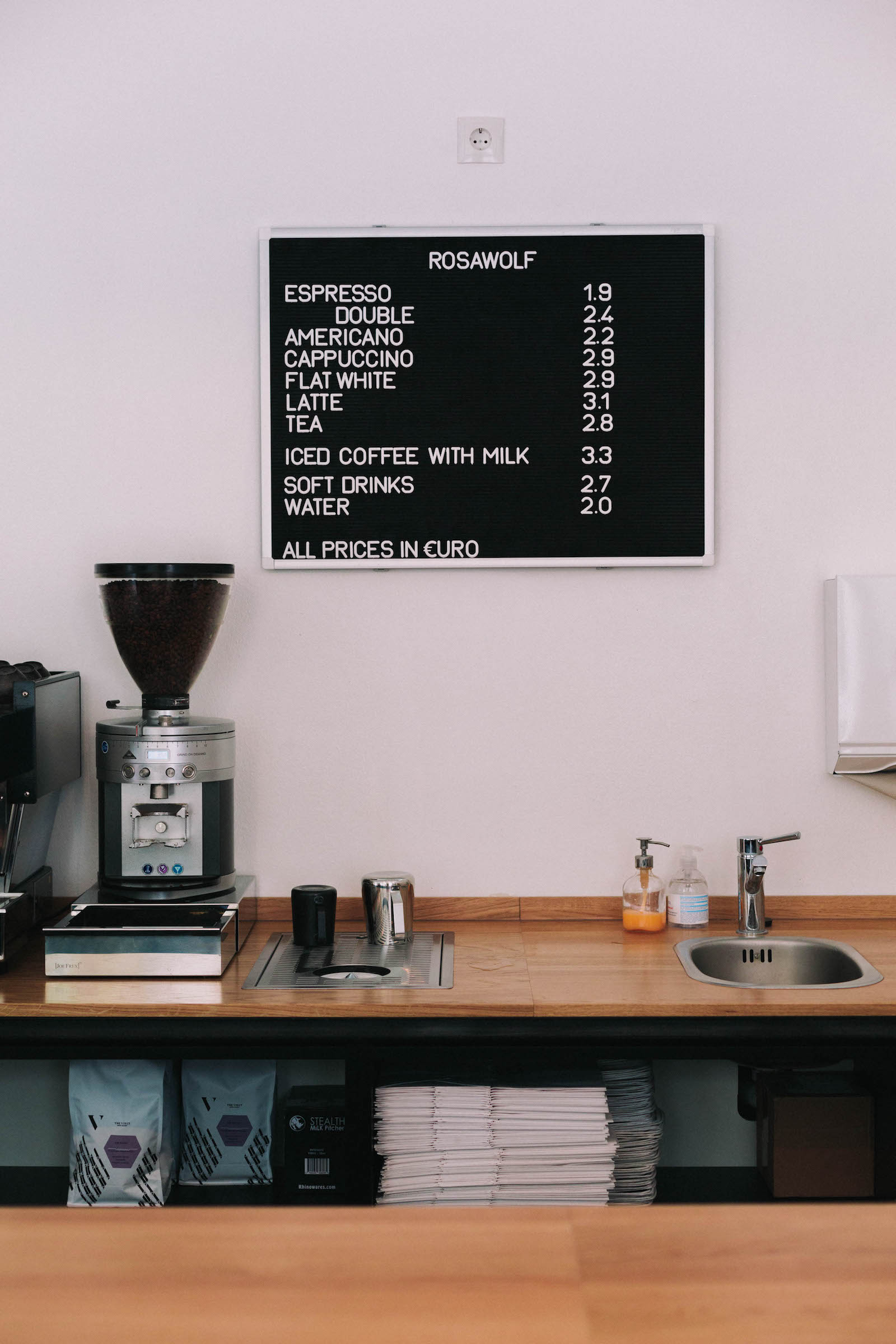 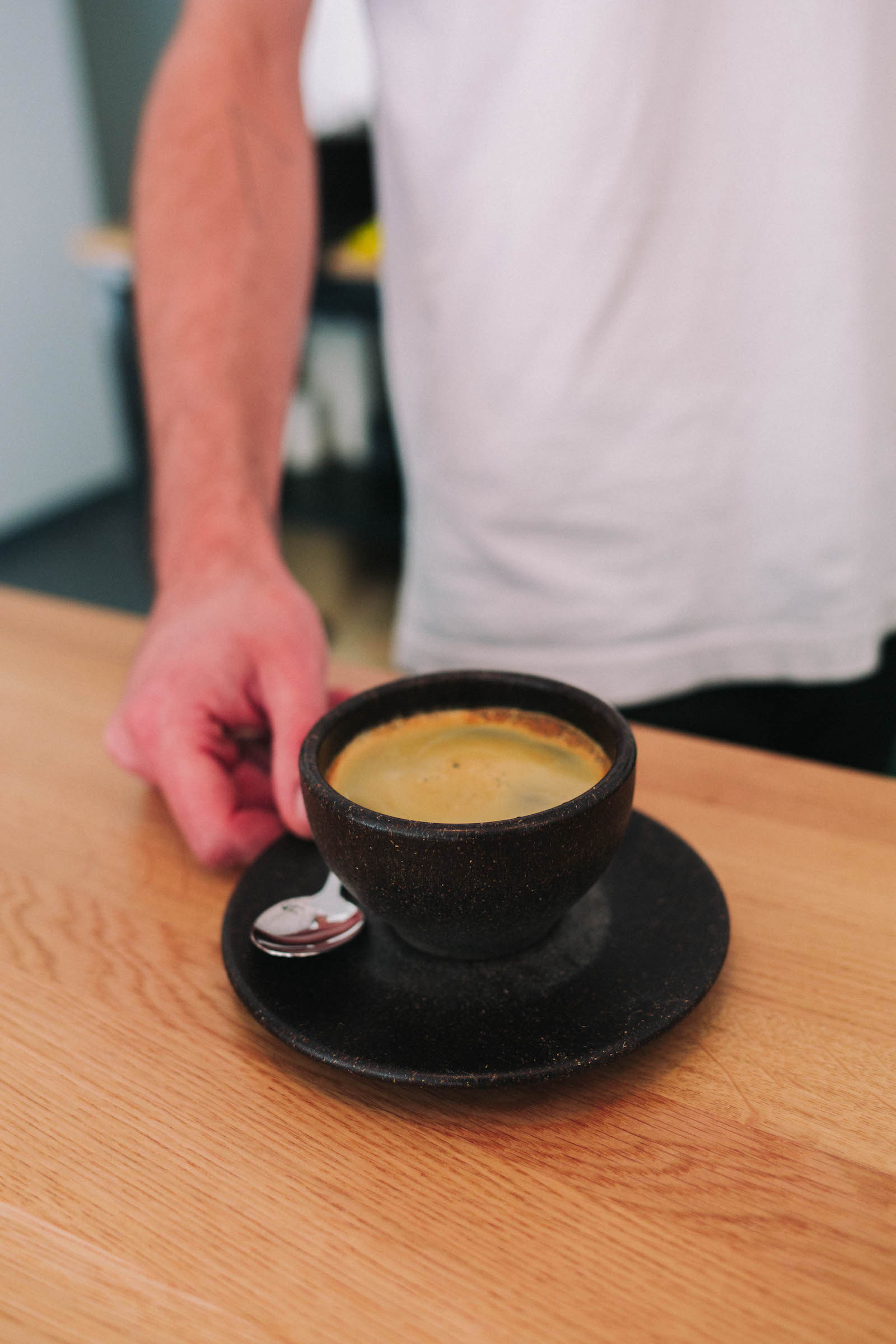 LFB: What is the best part about being a small business in Berlin?

Domenico: We’ve only started two months [at the time of this interview] ago so I guess we still have to see what the advantages and disadvantages of being a small business in Berlin are. Compared to other big cities it is definitely easier to start your own business. Even though rents are not as cheap anymore as they used to be it is still a whole different level.

I have to admit that I was quite scared of the paperwork as Germany is well known for its bureaucracy. The staff in all the different official government offices have been very helpful though and it seems like they’re really trying to help people setting up small businesses.

LFB: What is the hardest part about being a small business in Berlin (and in general)?

Domenico: I think as a small business the main problem is definitely the money. Your budget is just not as high as the budget from big coffee chains. So you have to figure out for yourself what is important to you – especially in the beginning. How much do you want to spend for interior design, advertising etc.? Also quite important: While big chains can just employ a lot of people, we are only the two of us [me and João]. Which means a lot of more work – but we don’t want to complain cause we’re doing something we’re passionate about. 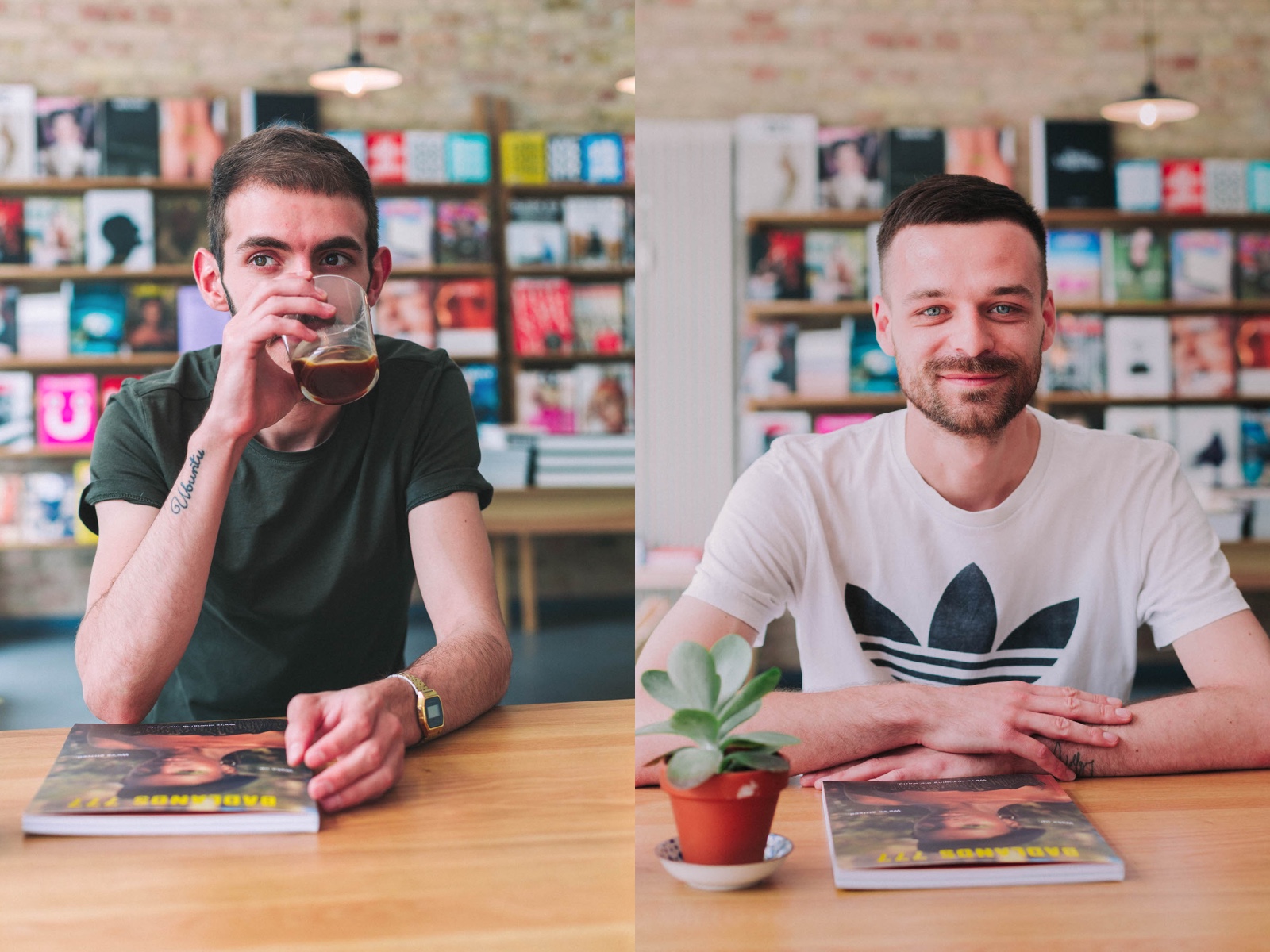 LFB: Can you tell us what you think about the relationship between local and corporate?

es isn’t possible or affordable for everyone. So I don’t judge people who decide to get their coffee from a big chain – it is often cheaper. I think both kinds of businesses can co-exist as long as big chains don’t try actively to displace small businesses.

Domenico: Ultimately this is a decision that everyone has to make for themselves. I personally try to shop as much local as possible and to avoid food and coffee chains. You always have to ask yourself how you want the streets around you to look like. Do you want a lot of interesting, independent shops or do you prefer living between Starbucks, McDonalds and empty shop spaces?

You can’t have it all: I have the feeling lots of people like living in cool neighbourhoods with cool stores but then they order their clothes with Zalando, get their books from Amazon, etc. It might seem like a more comfortable way of shopping but if you think about it: How often do you have to return the clothes you ordered? Does it really make a difference if you order your book online or in the bookstore down the road? You end up picking up most of your parcels at the post office or your neighbour’s anyway. 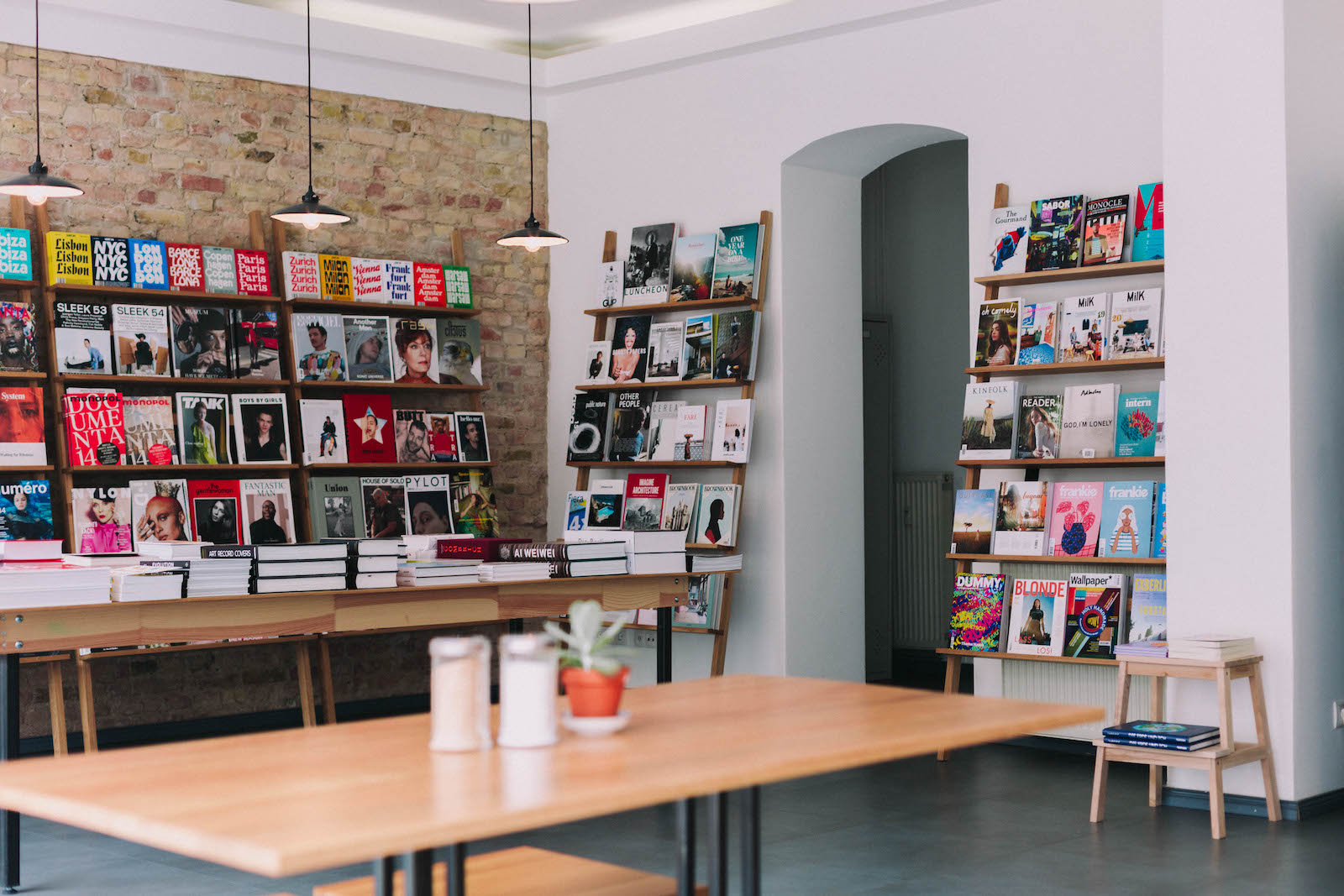 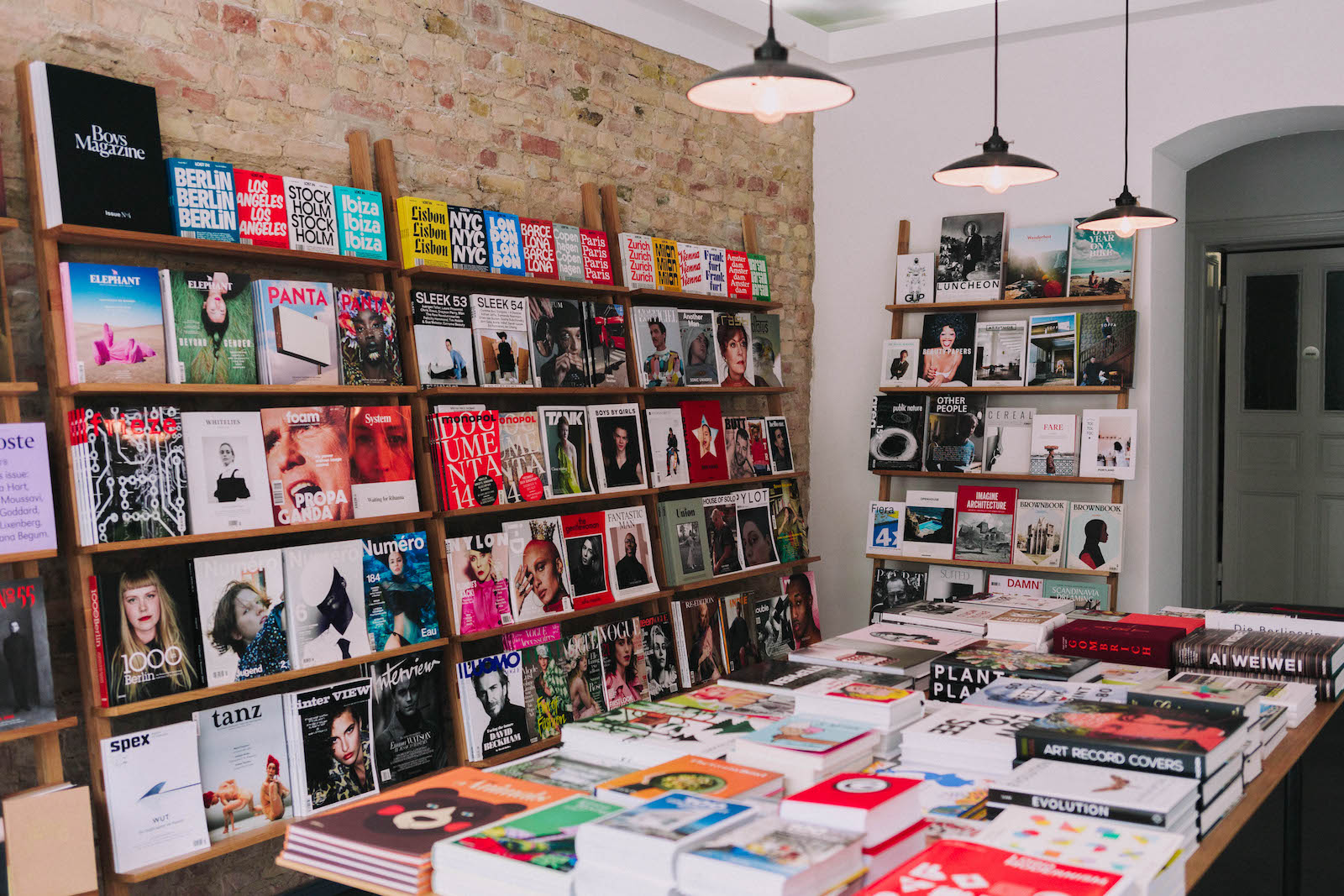 LFB: How many years have you been doing what you do?

Domenico: We just started two months ago [at the time of this interview]. This is all very new to us and it means that we’re still figuring out a lot of things which is in some ways scary but in many ways exciting.

LFB: What kind of advice do you have for people who want to start their own business?

Domenico: As we just started a few months ago [at the time of this interview] I don’t really feel entitled to give advice to people starting their own business. All I can say is: be prepared for a lot of work and be ready to accept that not everything goes as you were thinking. 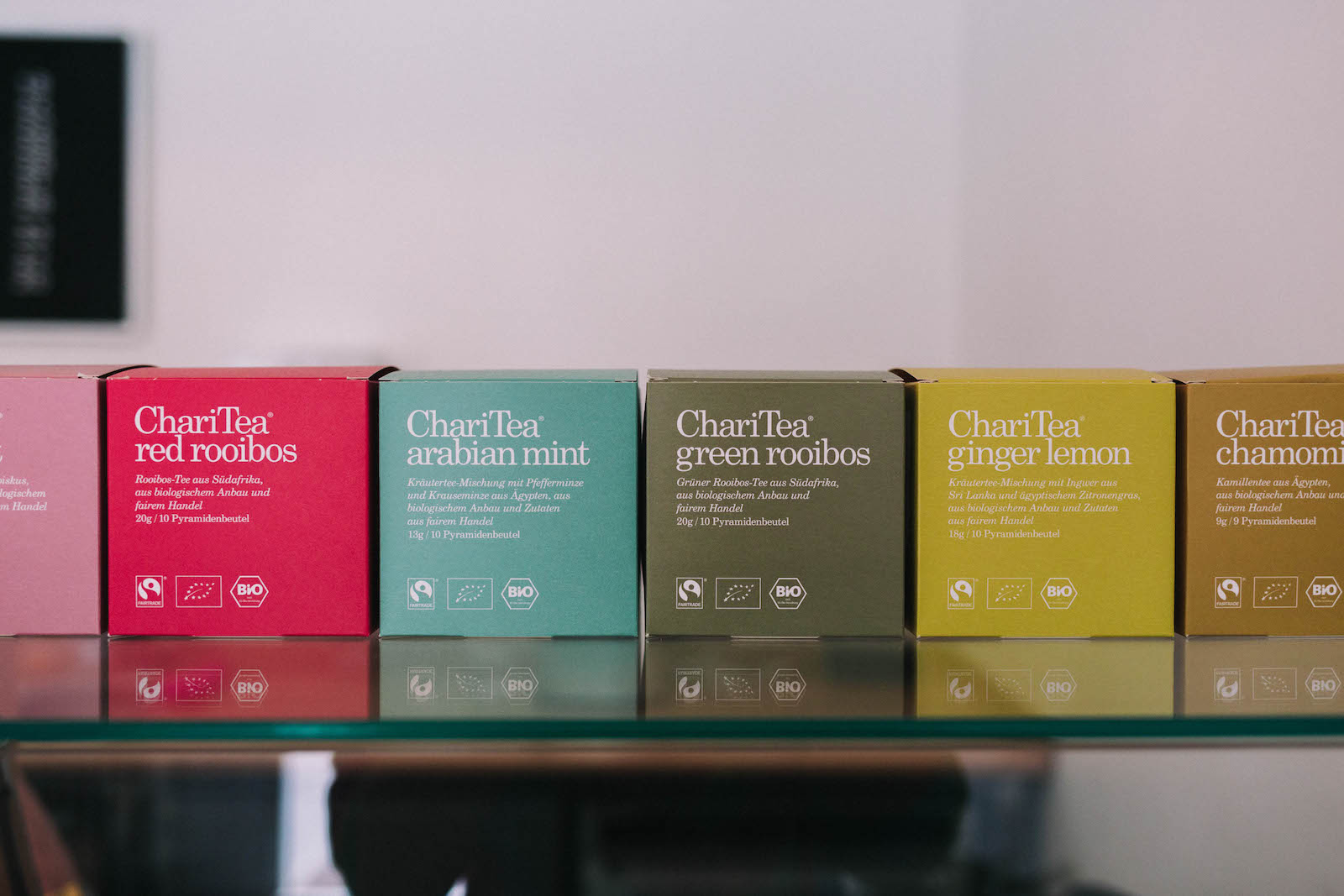 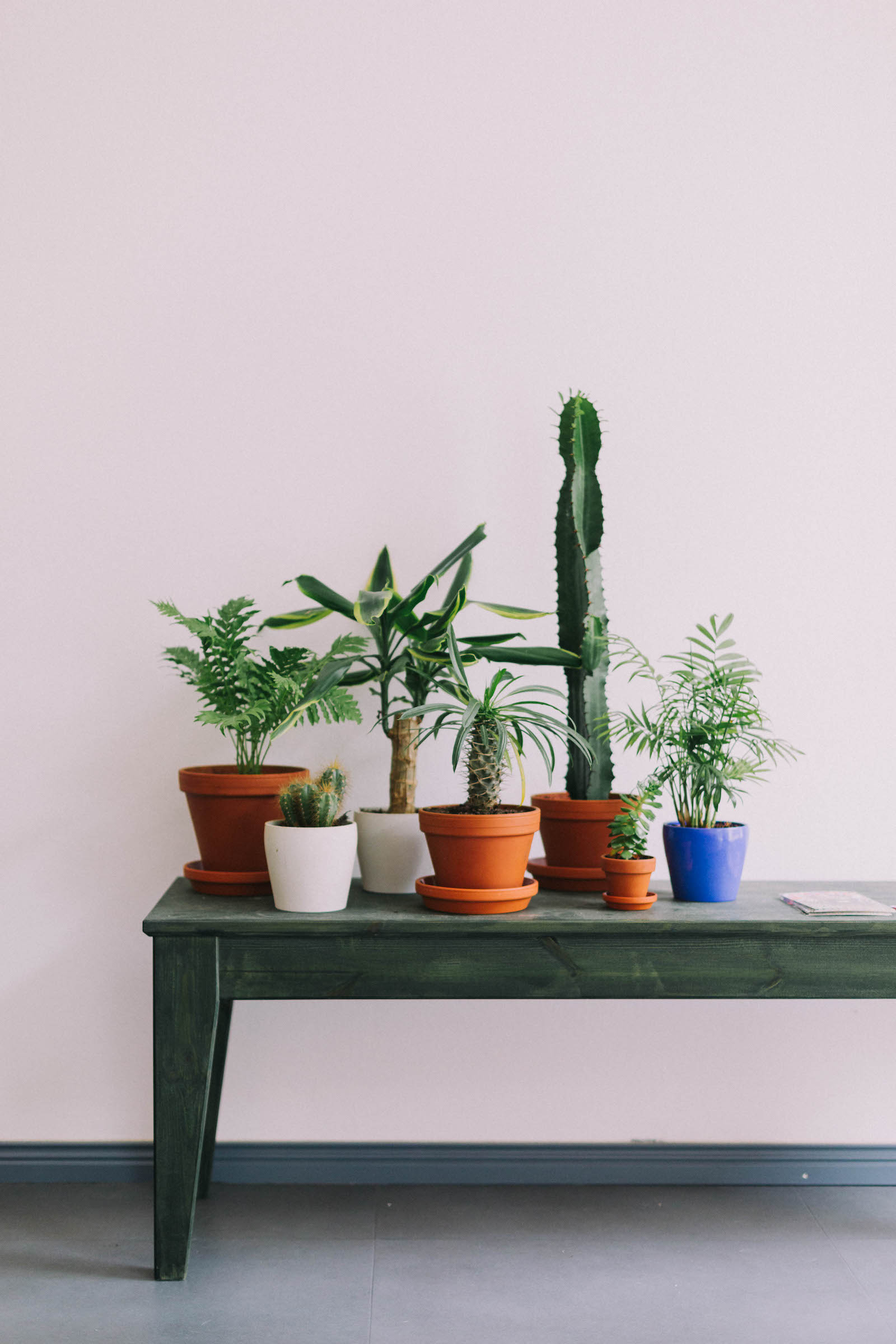 LFB: What kind of advice do you have for people who have already started their own business but are struggling?

Domenico: I think what is most important when you start your own business is that you have patience. People need to discover your business. It’s a big city with a lot of options. So don’t give up when it’s not running as smoothly as you were hoping! Rather make changes and adapt to what customers want. 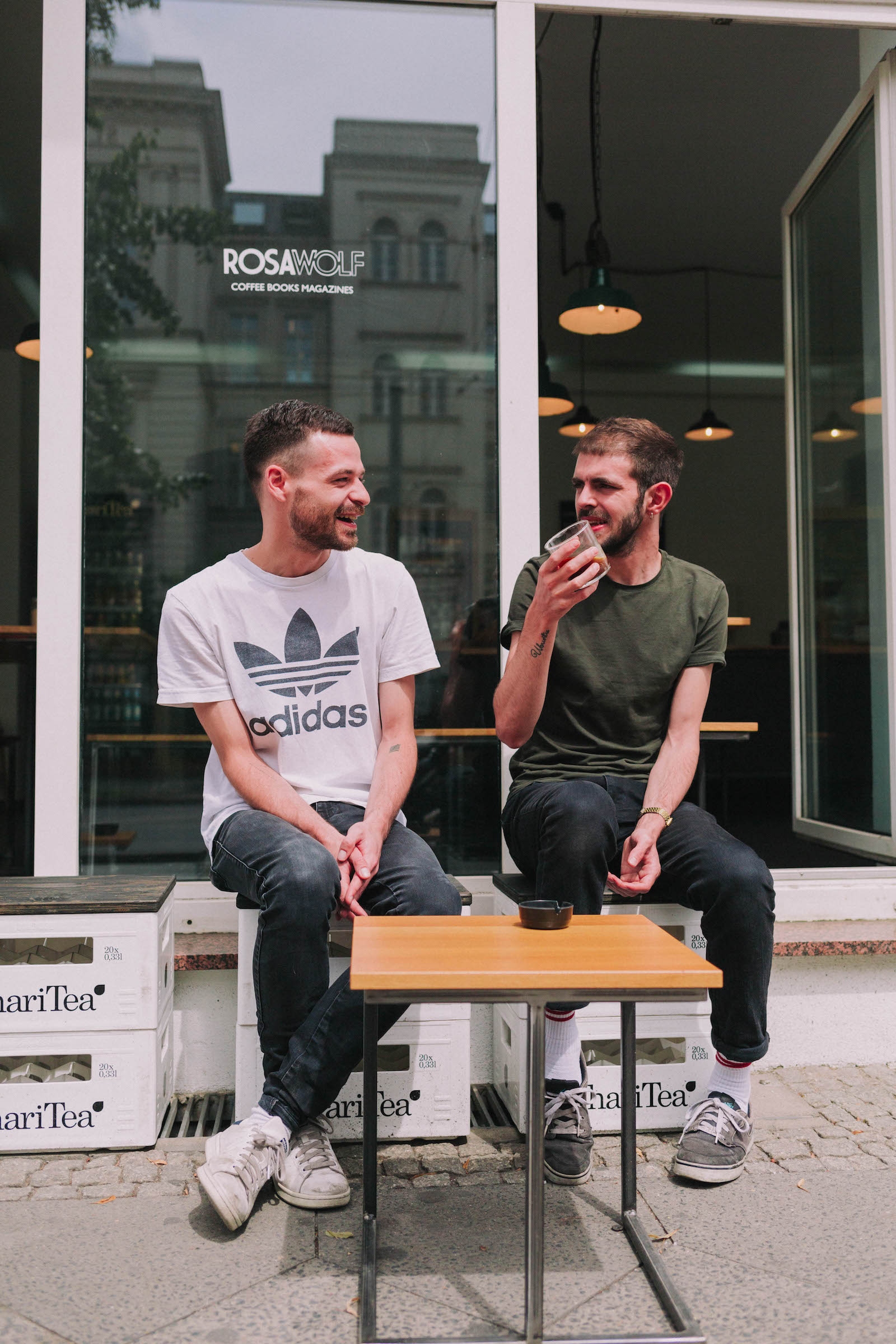 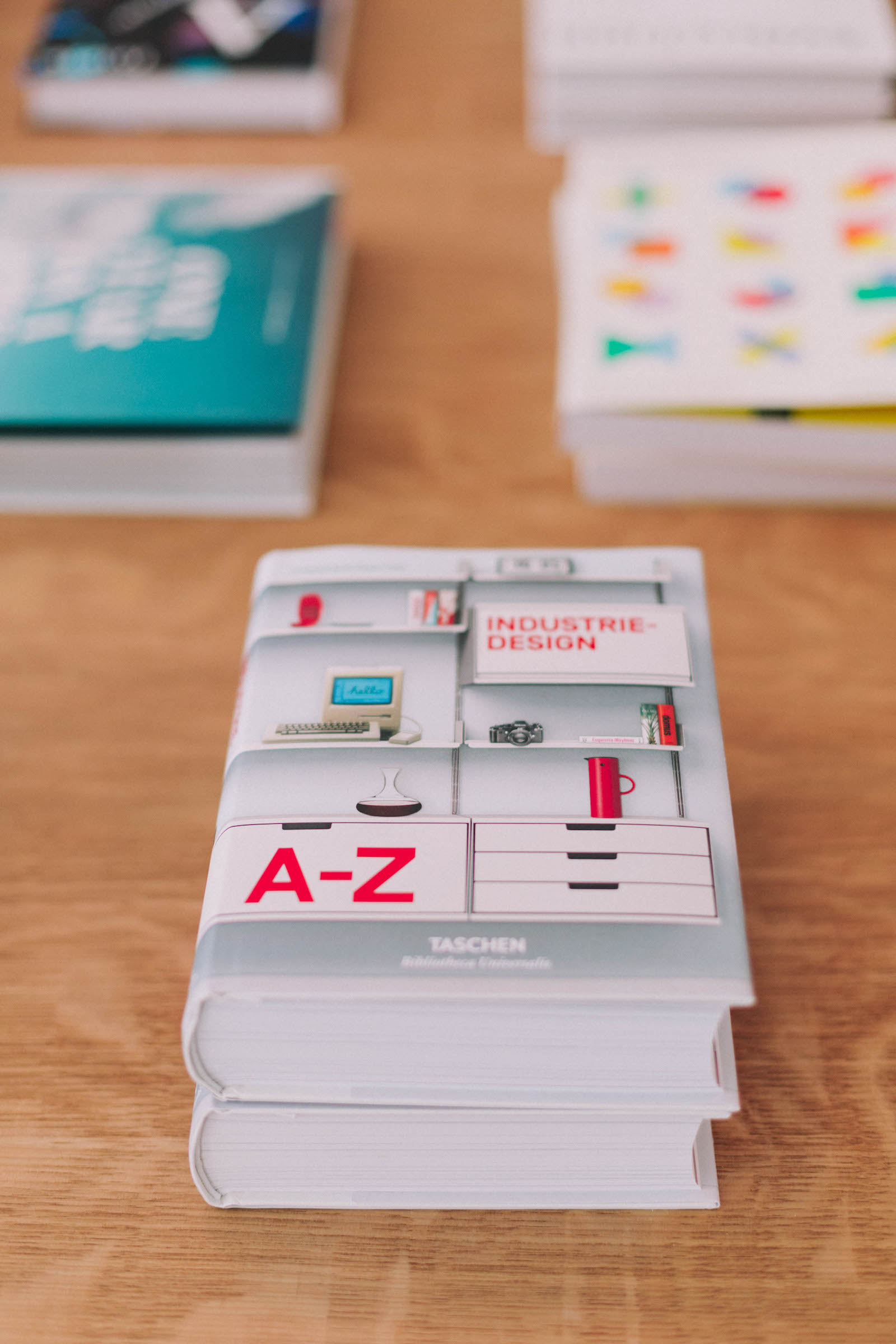 Domenico Gutknecht was born in a small town in Bavaria. After school he moved to Berlin to study Media Economics. After graduating he left Berlin to live and work as a journalist in London. Five years later he decided to go back to Berlin where he first continued working as a writer. In 2016 he decided to quit his job to start working actively on his dream to open his own magazine shop.

João was born in Campo Maior, Portugal. He graduated from EPAOE – Chapitô (Lisbon) in 2010 with a Professional Certificate in Performing Arts – specialised in Contemporary Dance and Aerial Acrobatics. In that same year João did an internship with CPBC (Portuguese Contemporary Ballet Company) before he moved to the United Kingdom to further invest in his learning process and to continue working as a freelance performer. João studied at Northern School of Contemporary Dance, the National Centre for Circus Arts and The Actors’ Temple. His versatility has led him into working with various artists such as Miguel Moreira, João Calixto, Ilona Sagar, Meiro Koizumi, Anna Buonomo and Willi Dorner. In late 2014 he founded Revolver Dance Theatre and moved to Berlin where he is currently based and working as a freelance artist.